The Rafters, Class of 2011: Jon Sundvold

Share All sharing options for: The Rafters, Class of 2011: Jon Sundvold 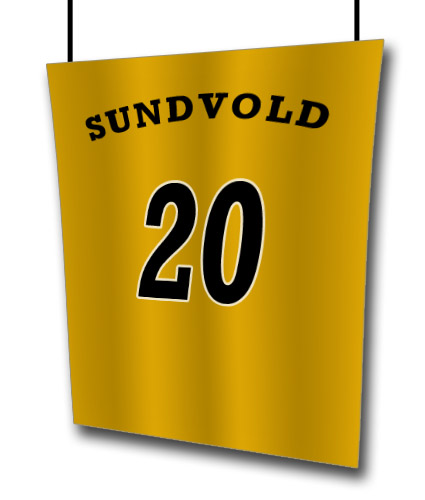 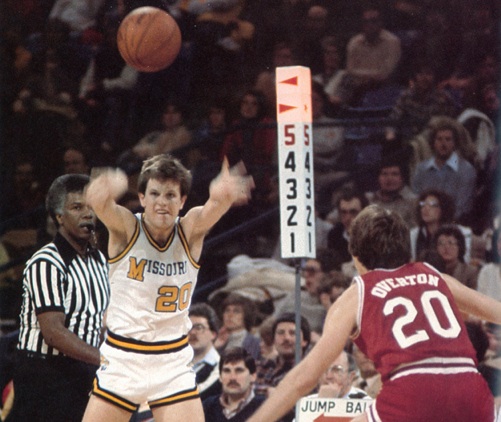 Jon Sundvold – a 6’2" guard from suburban Kansas City – became a starter midway through his freshman season of 1979-80 and started every game for the rest of his career. After Larry Drew’s graduation in 1980, Sundvold became Mizzou’s backcourt leader, racking up assists as well as points from his shooting guard position, where he had seemingly unlimited range. Forever intertwined in Mizzou fans’ memories with Steve Stipanovich, his four-year teammate, Sundvold made first team All-Big Eight his final two seasons and was a consensus second team All-American his senior year. In addition to averaging 17.1 points and 3.6 assists in his final campaign, Sundvold hit a 22-footer at the buzzer to beat Kansas State and clinch the Tigers’ fourth straight Big Eight title. Dubbed "Einstein in Sneakers" by former Southern Cal coach Stan Morrison for his genius-level play, Sundvold ranked second on Mizzou’s all-time points and assists lists at the time of his graduation. He still holds records for minutes played and free throw percentage.

Michael Atchison: "From Blue Springs, Missouri, Jon Sundvold!" That wasn’t his Hearnes Center introduction; it was the radio call of one of his jump shots. The guy had range.

He also had depth. Jon Sundvold could outthink an opponent, a trait reaffirmed now when you listen to him on a broadcast. How many times have you heard him make a comment and then say to yourself "I’ve never thought of that before"? Happens to me all the time. The "Einstein in Sneakers" tag was apt – after all, the perfect jump shot is a matter of physics – but it was also incomplete. Part physicist, part philosopher, part facilitator, Sundvold could orchestrate the action like few Tigers ever. Ever notice when he calls a game how he rejects the term "point guard" in favor of "lead guard"? That’s what he was. After learning at the feet of Larry Drew as a freshman, Jon Sundvold was the leader on the floor each of his remaining three seasons. Though best remembered as a shooter, twice he totaled more than 100 assists. In each of his four seasons, Missouri made more than 51% of its shots from the field because when he wasn’t filling it up himself, Sundvold was putting the ball on a tee for his teammates. He may not have been the best Tiger on those teams – Ricky Frazier and Steve Stipanovich each won Big Eight Player of the Year awards during his tenure – but Jon Sundvold was the most indispensable. On his way to winning four straight conference titles, he played more minutes than any Tiger ever has. 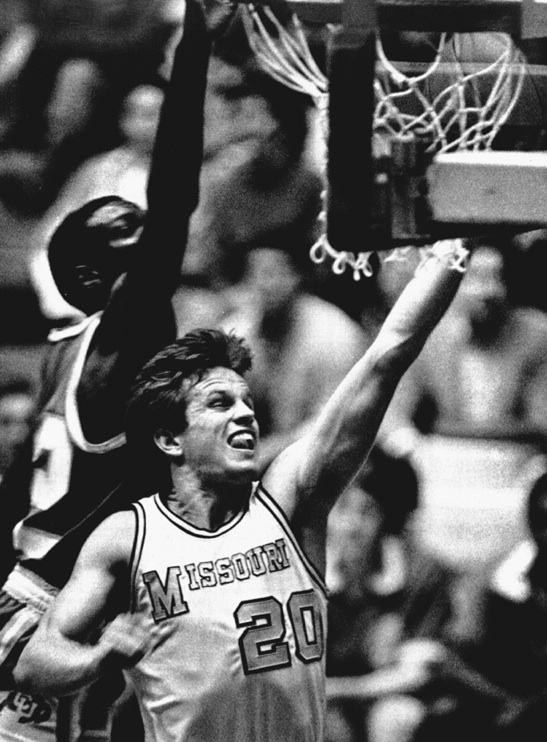