The Rafters, Class of 2011: Clarence Gilbert

Share All sharing options for: The Rafters, Class of 2011: Clarence Gilbert 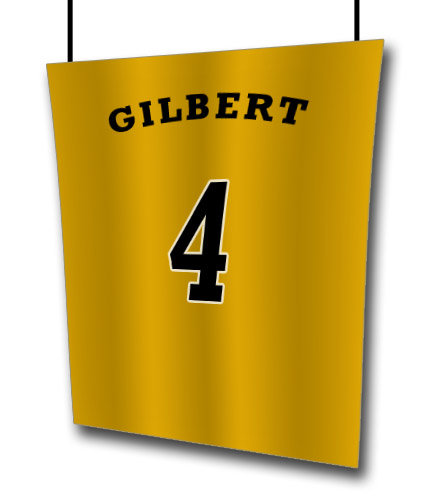 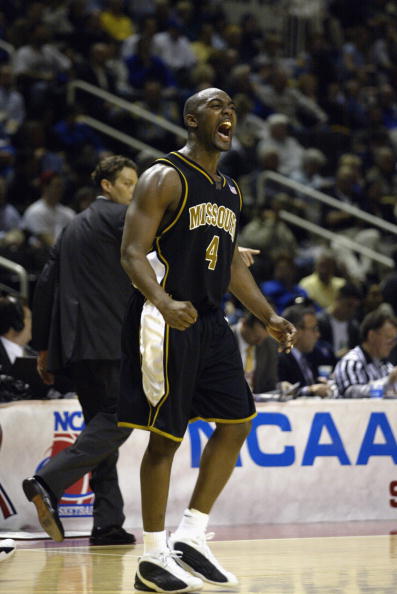 SAN JOSE, CA - MARCH 21: Clarence Gilbert #4 of the Missouri Tigers celebrates the win over the UCLA Bruins during the West Regional Semifinal Game of the 2002 NCAA Basketball Tournament on March 21, 2002 at Compaq Center in San Jose, California. The Tigers won 82-73. (Photo by Jed Jacobsohn/Getty Images)

Michael Atchison: It’s hard to remember the days when Clarence Gilbert was regarded as a defense-first ball hawk. But that was his role as a freshman under Norm Stewart. He recorded nearly as many steals (43) as made shots (45). Things would change.

In his career, Clarence Gilbert attempted more shots than Steve Stipanovich, Anthony Peeler or Melvin Booker. Indeed, he attempted more shots than any Tiger other than Derrick Chievous and Doug Smith. And though the numbers say that Clarence wasn’t a great shooter – he made 37.6% of his attempts – he had a way of making every shot seem memorable. Jeff Boschee remembers the night he crawled inside of Clarence’s uniform only to see him drop bombs on Kansas anyway. Georgia remembers the seventeen-footer that knocked them out of the 2001 NCAA Tournament. Even the misses seem memorable. There was his crushing final game, in the Elite Eight against Oklahoma, when Gilbert made just one of sixteen from the field. There was the day he missed twenty-four shots against Iowa State and still scored 43 points. “You can’t stop (shooting),” Clarence said. “I don’t care if you miss ten. You might make eleven, you might make twelve.”

You must take the shot because you might make the shot. Those are the words that sum up the man.

Still, despite his I-don’t-wanna-be-tamed-style, Gilbert evolved into just the kind of leader the Tigers needed. As a senior, when it became clear that the team had no other defensive option at the point, Clarence slid over from his natural spot on the wing and steadied a ship on the verge of sinking. He didn’t exactly sacrifice his offense (there was the day when he made twelve three-pointers against Colorado), but he didn’t just shoot for the sake of shooting anymore. And he helped the Tigers match their best-ever NCAA Tournament performance with wins over Miami, Ohio State and UCLA.

People like to say that Clarence could shoot you into a game or shoot you out of it. But because of all the ones that fell, Clarence has shot himself into the Rafters.