The Rafters, Class of 2011: Arthur Johnson

Share All sharing options for: The Rafters, Class of 2011: Arthur Johnson 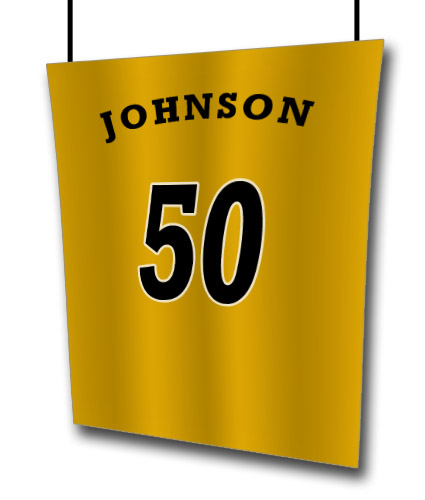 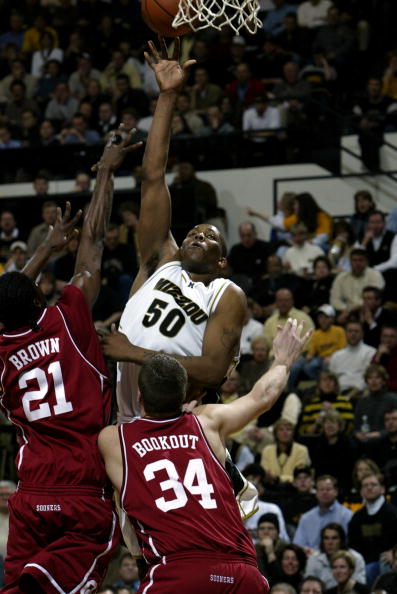 COLUMBIA, MO - FEBRUARY 26: Arthur Johnson #50 of the University of Missouri-Columbia Tigers shoots over Jabahri Brown #21 and Kevin Bookout #34 of the University of Oklahoma Sooners during the game at the Hearnes Center on February 26, 2003 in Columbia, Missouri. Missouri defeated Oklahoma 67-52. (Photo by Elsa/Getty Images)

Michael Atchison: The first time I saw Arthur Johnson in person was at what passed for midnight madness his freshman year. My first thought was "that kid could shed some pounds." My next was "despite the weight, the kid can really move." My third was "he has some soft hands." My fourth was "he’s going to be really good."

Really good he was. And underappreciated. Arthur Johnson grabbed more rebounds and blocked more shots than any other Missouri player ever has, and he scored more points than all but Derrick Chievous, Doug Smith, Anthony Peeler and Steve Stipanovich. He is, without question, one of the most statistically dominant players ever to wear the uniform.

Here’s the thing: He could have scored more. He should have scored more. But AJ played two years with Clarence Gilbert and Kareem Rush (who rank third and tenth all-time in field goal attempts) and four years with Rickey Paulding (sixth). At a time when three-pointers were being launched with little discretion, Arthur Johnson was a pillar in the post, calling for a ball that came too infrequently.

A player like AJ fails to get his due sometimes because his teams disappointed. But think of this: Where would those teams have been without him? Not in the Elite Eight, for sure. Not in an overtime shootout against Dwyane Wade and Marquette. Probably not in the NCAA Tournament. Arthur Johnson put up historic numbers despite what was happening around him, and he carried inconsistent teams a long way on his own.

Look at the roster today. What’s the one thing Mizzou could use most? A man like AJ.

The man’s gone, but his shadow remains, flying over the court from the rafters.