1 - As Mizzou Softball embarks on a quest for their third consecutive Women's College World Series berth, here's a question of degrees: would you rather a) the softball team (or any other minor sport, really) win a national title, b) the football team make the BCS title game but get smoked, or c) the basketball team make the Final Four but get smoked?  Obviously we tend to care more about football or basketball, but ... how much more? And hungry are we for a national title of any form?

2 - You have the ability to rewind time and have any Mizzou (or, for Doug, Kansas) team retry a play.  Which one would you choose (i.e. Kicked ball, 5th down, UCLA play)?  ("Retry" is not the same as "definitely succeed.")

3 - The NBA has decided to grant either KC or StL a franchise.  Who should get the bball team, and what would the name be of said team?

If there was one thing you could change about how network shows are made, what would it be?

I would air all of the pilots. You know? Or put them on the web or something. At the risk of offending the people who are most in charge of whether I ever work again, it seems a little antiquated that in a world where everyone can watch anything all the time, we spend all this money making all of these shitty pilots and throwing them all at the wall and seeing which stick. It seems weird that we don't just make it part of the fun of network television, to have festivals or special website events, or even on-air marathons or something, where the audience [gets to see them]. They like to vote for their favorite singers, wouldn't they like to vote for their favorite show?

Tell me why this wouldn't work.

The Beef: 1 - The money is with football, and football makes the entire department work, so I’d have to choose football.  I’d love a national title in softball or wrestling or the like, but in the end, it wont register much of a blip.  Having been to a Final Four as an attendee, it seems like Saturday is amazing, and I don’t know that I would be terribly upset at a loss (not nearly as much as I would be if we won Saturday, but lost Monday).  But the BCS champ game, even with the poor finish, would bring just so much additional exposure and money to the school (in athletics and otherwise) that you have to take it for the benefit of everything else.

2 - As strange as this sounds, and as strange as the kicked ball (the only one I saw in person of the above list) play went about molding me as a fan, I don’t know that I would change it.  The reason is…if that play is changed, I don’t think we end up with Gary Pinkel.  I think enough things fall into place after winning that game that it could have extended Larry Smith’s time out just enough that perhaps Pinkel is not an option for us.  Don’t get me wrong (and for as much as I loved Larry), I still see our program going wrong and doing so quickly around the turn of the millennium as it did, but for where we have gone since then is more important to me than winning that game would have been.

In the end, give me the someone playing some defense against Edney.  If that play does not happen, maybe we make a little run that year…maybe we don’t…but I don’t see that play changing too much about how basketball would go for the coming years (especially since it would not likely stop Kelly Thames from hurting his knee).

3 - Should either city really get a team since both had them and failed?  I bristle at any KC vs. STL question on a Mizzou website just because I always see what it does to what I consider to be the not as desirable part of our fan base.  But, to answer it…it is strange, since St. Louis is definitely more of a "pro" type of town than KC is, but KC is much more about basketball than STL is.  Give it to KC and call them…eh…I don’t really care.

4 - Might make selling commercials tough when airing them all…but it seems like a perfectly decent idea which will never happen.

Bill C.: 1. You thought a lot more rationally (i.e. fiscally) about that one than I did ... I was just looking at things from which one would register the biggest "holy crap, this is awesome" impact.  And yet I came up with the same answer: football.

Mizzou and Oklahoma were tied in the third quarter of the 2007 Big 12 title game. Mizzou had forced a punt to start the second half and had driven to the OU 25 before Beal tripped up a scrambling Daniel.  Mizzou committed a substitution infraction, then Beal got Daniel again, then Lofton got Daniel, and it was all downhill quickly.  But even though there are pretty good odds that OU goes ahead and wins this game without that sack, I'd love to back and try it all again from this moment.

Runner-up: Whatever play specifically got Chase Coffman hurt enough that he missed this game.

3. Yeah, I got scared as soon as I asked this question, considering how much we try to avoid KC-StL pissing matches.  So I'll just say Oklahoma City.

4. With Hulu (and automatic ads that run before you can play something you want to play), I have no idea why this wouldn't work for at least the networks affiliated with Hulu (NBC and Fox, right?).  That confirms that it will never happen, but still ... I cannot figure out why it wouldn't.

ZouDave: 1 – Selfishly I’d rather have the football team get to the BCS title game but get smoked.  I don’t think there’s any shame in making it all the way to the National Title game (which typically means AT WORST you’ve lost 1 game, probably to a really good team) and then getting beaten down.  Maybe it just wasn’t your day, maybe the other team was a special kind of talent.  Most people don’t look at a team that lost the national title game by 30 as "Well, they’re done.  No coming back from this."  Same feeling on the Final Four.  I’m a sucker for the big 2 sports, so…sorry, softball, if it’s up to me you’d be third.  But, hey, they’re there and the other 2 aren’t so GO SOFTBALL TEAM!  WOO!

5) The play in (I think) 2002 against ku in basketball where we let Heinrich hit a 40’ three-pointer to take the lead right at the end of the game, keeping ku undefeated in conference play

3 – KC should get it (it’s more of a basketball town, plus we don’t have a 3rd sport already and STL does).  The name should be something referencing our BBQ history, but I’m not creative enough right now to come up with anything.

The Beef: No staff meeting today?

The Beef: So you could call your new NBA team the KC Suck-at-driving’s….it could work….

ZouDave: Wouldn’t be terribly inaccurate, but KC drivers have nothing on Springfield drivers.  I’m scared every time I have to drive in that city.  Those people use the turn lanes as freaking merge lanes.  It’s terrifying.

Bill C.: What about the K.C. Masterpiece?

ZouDave: You know, that’s not awful…but the problem is KC Masterpiece is such 2nd-rate BBQ in this town that I’d hate to give them that much more advertising and continue the idea that KC Masterpiece is the best we have to offer.  It’s not Top 5, and probably not even Top 10.

The Beef: I imagine the KC Okie Joe’s would be too confusing….

Bill C.: Yeah, I'm not even a fan of Masterpiece, but it certainly works better than the KC Joe's or the KC Bryant's...or the KC Gates Is Overrateds...

The Beef: Just so I am clear…in the same Roundtable we are going to discuss KC vs. STL and KC BBQ preferences?

….this should end well

ZouDave: "Coming to you live from KANSAS City, MISSOURI, it’s the OKLAHOMA Joe’s."

My head hurts.  And now I want a Z-Man with crack fries.

The Beef: I hate you so much right now 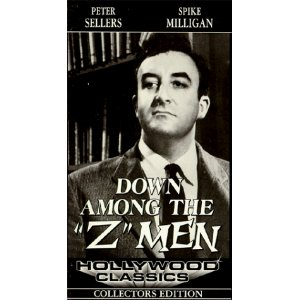 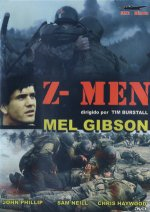 3 - That's a tough one, because either city is fairly close to an existing NBA franchise, but I think the basketball tradition in Kansas City (collegiate, but still) makes KC the better choice. Of course the name is a very obvious: Sporting KC.

4 - I think Harmon is really on to something, especially in today's age when everyone knows what pilots are in development for every network. This year I would love to see the 17th Precinct, but no surprise, NBC didn't pick it up. In previous years it would have been cool to see Babylon Fields from CBS and any number of other shows the networks didn't think would reach a wide enough audience. Fox was rather brilliant launching the Glee pilot after American Idol in the spring before the series actually debuted to really build momentum for the series, and I think Harmon's idea could do much the same for any number of shows; especially the more serialized dramas that require viewer commitment from day one.

ZouDave: One of my closest friends is, unfortunately, a die-hard beak.  He SWEARS to this day that Michael Lee’s three was going in.  He says you can tell, says it looks good right off of his hand.  FOR CRYING OUT LOUD, IT’S NOT LIKE WARRICK BLOCKED IT WHEN THE SHOT WAS AT ITS APEX!!!  IT WAS APPROXIMATELY 4 INCHES OUT OF HIS HANDS!  IT WAS JUST AS LIKELY AN AIRBALL AS IT WAS A SWISH!

But yeah, I could definitely see how you’d want another shot at that shot.  Shot.

Michael Atchison: I'm at an elementary school science fair, trying to do this on my phone. I'll give two brief answers.

If I could change a play, I'd go to late in the second half of Mizzou's elite eight game against Michigan in 1976 and erase the moment when Kim Anderson gets a very questionable technical foul for grabbing the rim. The result is that the Tigers go to the final four where they beat Rutgers before facing undefeated Indiana in the title game.

I don't think either city is getting the NBA any time soon, and St. Louis is less likely because of the Blues, so I'll go with the Kansas City Monarchs.

Sent from my iPhone

ZouDave: KC Monarchs is certainly good, but what does that have to do with BBQ?

SleepyFloyd7: 1 - Football. It's the biggest stage, and would be a 40-day commercial for Mizzou.

2 - I was thinking it might be the throw that Chase made to Denario against Oklahoma State in 2008. The ball bounced off DA's head and was intercepted (one of the major turning points in that game). Mizzou was ranked #3/2 that week, and was on a ROLL after steamrolling Nebraska in Lincoln the week before. I think if we win that game, the game at Texas the following week wouldn't have been as one-sided, and the Tigers maintain their swagger all season.

For basketball (just because I was there and it would have been a whole lot of fun), Kimmie - please let that ball go out of bounds against Georgetown....

3 - KC - but there will be a problem with both Sprint Center and Kemper, and they will have to play their games at AFH as the Larry Kings.

4 - The thing about pilots, though - they almost never have the timing, chemistry, or character development that makes great TV shows great. I love Community, but the pilot (for me) was meh. The flip-side, of course is that it is a shame that some of these shows never see the light of day, and the Web was made for that kind of thing.