Mizzou Night at The K - Win 4 Tickets from RMN

Share All sharing options for: Mizzou Night at The K - Win 4 Tickets from RMN

For those among the Rock M Nation community whose color schemes trend more blue than red, who prefer barbeque to toasted ravioli, and whose friends are rumored to be in low places, the Kansas City Royals have announced their upcoming "Mizzou Night at The K" promotion when the Royals face the Minnesota Twins on June 4.

Join your fellow Tigers for a night of big league action at Kauffman Stadium. The first 700* Tiger fans who bring their Mizzou Night ticket to the MU table located just inside Gate B will receive a limited edition KC Royals Mizzou Cap. Gates open at 4:30 p.m.

Special guests for the evening will include Kansas City area Tiger Student-Athletes! These special guests will be on hand at Kauffman Stadium to meet all their Mizzou fans. Arrive early because Tiger fans can breakout their tailgating equipment in a special reserved tailgating spot in Lot N. The first 20,000 fans in overall attendance will receive a Willie Wilson Bobblehead.

* Please note: KC Royals Mizzou caps are limited. The first 700 Tiger fans with a Mizzou Night discounted ticket only will receive a cap.

More details about discounted prices and group sales are available by visiting Royals.com/Mizzou.

The promotion gives us a fantastic opportunity to once again highlight the success of former Mizzou great Aaron Crow. For those of you without access to internet, newspapers, or old-timey tube radios from the 1930s, you may not have heard about Crow's tremendous success with the Royals in 2011. Behold his numbers as of Tuesday evening:

Crow opened the season by not surrendering a run in his first 13 games of the season, becoming only the 12th player since 1919 to do so (H/T: Tom Orf). But, of course, scoreless streaks are nothing new to Crow, who put together a 42.2-inning scoreless streak at Mizzou in 2008.

The Royals have provided Rock M Nation with four tickets and one of the limited Royals Mizzou caps (pictured below) to giveaway, and we'll happily give them away to the first person to answer a little bit of Crow Trivia. To win, answer all of the following questions in the comments: 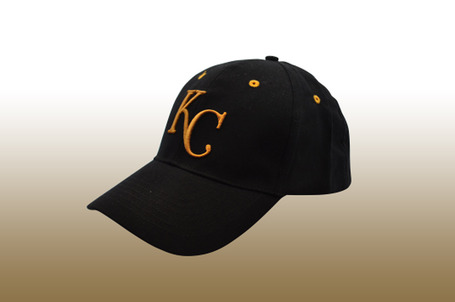