2 - On a scale of 1-10, how great an idea is it for Mizzou Basketball to arrange an exhibition with Missouri Southern in Joplin?  Seriously, that's one of my favorite ideas in a long time (aside from the Stubble Drive, of course).

3 - Time to brainstorm. Give me one great idea and one terrible idea for enhancing/expanding next year's Stubble Drive.

4 - Since it's Bob Dylan's birthday this week ... more influential: Dylan or the Beatles?

Weather-ruined Roundtable after the jump.

The Beef: 1 - With my folks in town this weekend, we were chased to the basement for a time on Sunday while trying to make two different meals.  Needless to say, they were not terribly impressed.  We are also suffering from the effects of having a child when it comes to storms.  Before the kid?  Outside watching them.  After the kid?  Don’t want to be the person on TV who lost their kid because they did not heed the sirens.

2 - 10 is not a high enough number, but the only number higher is the percentage chance the NCAA screws it up somehow.

3 - The great idea is challenging the other SBN sites to do the same with a local charity of their own choice.  Then you create a travelling trophy for the site.  A terrible idea would be donating money Abacus Algorithm Connelly College Fund.

Michael Atchison: 1. The weather where I live hasn’t been particularly bad, so from that point of view, about a 2, but for those who have suffered the imaginable, a solid 10.

3. Great idea – challenging other Mizzou-related sites and organizations to participate.  Bad idea – Planning this out while wearing these:

4. I love Bob.  Love him.  But the answer is the Beatles, and it’s really not all that close.

2.  Beef stole my answer about the NCAA screwing this up.

3.  Still trying to figure out the best way to involve other SBN sites (since we run into the "Not that many sites care about softball" issue), but some combination of SBN and Mizzou sites would have to work in one way or another.

4.  My Dylan trump card: the Beatles wouldn't have been as influential if Dylan hadn't influenced them.  Put THAT in your pipe and smoke it!!

The Beef: Newest bad idea…do NOT search for pictures related to the name below without the google safe-search on while at work (or anywhere for that matter).  I cannot unsee what I just saw

Bill C.: I now fear the images Dave will produce when he gets out of his staff meeting feeling all feisty... 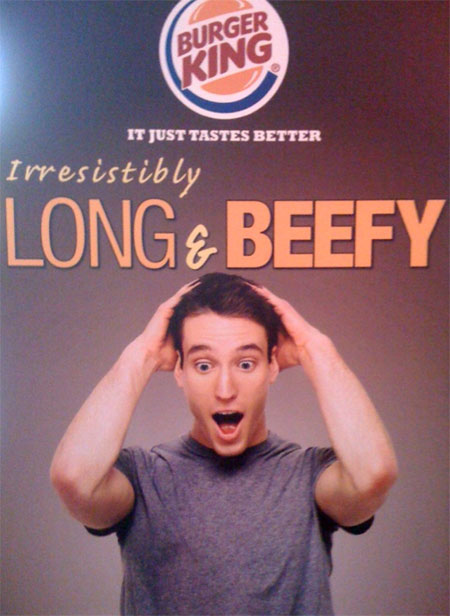 Doug: 1 - I'm kind of tired of the wind in New Mexico, but other than worrying about my wife and family back in KC, not having to live through the storms or work through them tempers my personal scale quite a bit. There is something nice living at altitude in the desert.

2 - It's a great idea. What they could consider doing is moving a week's worth of open practices down to Jopin, people can attend for a donation of cash or canned food or something. Have the practices and cap it all off with the game on Saturday night and create extra viewing areas near the arena or on campus with big screens to really bring people in.

3 - I like the idea of other SBN sites getting involved with their own charities. Of course, if the players start growing stubble, all bets are off.

4 - Sure, both have influenced a bunch of artists over the years, the Beatles ushered in an actual invasion that forever changed the American music scene and basically left only the Beach Boys standing. The Beatles get the nod.

SleepyFloyd7: 1 - I was fortunate enough to sleep soundly in a dry house with my family last night, so any personal annoyance with the weather for me would be a 2 on that scale. That said, the devastation this year is incredible. We humans must have really pissed off someone.

2 - This is a Great idea, and, really, a no-brainer. There are a lot of coaches and administrations wouldn't have gone to these lengths. This is an unqualified good deed from Haith and his staff.

3 - The Shirtless Men Of RockMNation Wall Calendar - a Great and Terrible idea.

The Beef: Some of us will want to supplement with 1DBOverdriveFastPack (you know this if you live in STL and listen to 101.1)

ZouDave: Tornado sirens in Parkville.  I guess that’s one way to get out of a meeting.

The Beef: Dude…that meeting was supposed to be 3 hours ago

(hope all is well)

Doug: Reportedly, there was a touchdown near our home in Overland Park, the home we're trying to sell (!!!), and now my wife is taking cover at UMKC.

I'm changing my number to infinity.

ZouDave: This was the first time today I’ve even sat down at my desk.  My office is way, way underground so I’m in a very safe place.  A F5 could roll through Parkville and I’d be 100% unharmed.

I don’t know that they’ve confirmed anything on the ground, just spotted funnel clouds in 3 different parts of the city.  I just hope my dog isn’t getting too scared right now.

At some point I need to go read this roundtable.  Haven’t had time to do that yet.

The Beef: You’ve not missed anything thus far

The Beef: Still time for you to save it…I mean…what idea do you have for us this week?

ghtd36: Uh...not sure. But Marla SCHWEISBERGER is awesome, and that is a scientific fact.

Thanks for the new profile picture @rockmnation :)less than a minute ago via web

The Beef: We aim to please…