I was still in OKC until Monday morning, meaning, of course, that I thought yesterday was Monday and didn't post a "Give us Roundtable questions!" thread.  So I have to come up with these questions on my own ... like a sucker.

1 - Kareem Rush is an R&B singer, and Laurence Bowers has a band.  Who will be the next Missouri Tiger to enter the realm of entertainment, and what will their specialty be?

2 - So the Pac-12 has a new TV deal that gives teams about an average of $20 million per year.  A) Are you still happy with the Fox deal that Dan Beebe struck (and the ABC/ESPN deal he will strike in two years?  B) Now that Utah is making $20 million/year, will that shut up the Utah politicians leading the "BCS IS ANTI-TRUST!!!" crowd?

3 - What would be worse for the NBA: a lockout, or a Memphis-Atlanta finals matchup?

4 - So Osama bin Laden is dead.  Name another event that could trigger country-wide, in-the-streets celebrations like this one did.

3.  I mostly love the idea that Atlanta and Memphis can be a showdown between East and West.  It’s like the SEC.

The Beef: 1 - Dave Steckel, after taking a massive bump at the Spring Game on the sidelines, will foray into the world of Professional Wrestling, and will be known as Sergeant Slaughter, Part Duex

3 - I was thinking about this the other day, which is strange since I rarely ever give the NBA a first thought, but I am really hoping for a semi-finals where only Boston or Miami is in it, and everyone else is from a relatively small (or perceived small in the case of Dallas) market.  The NBA has some HUGE problems to overcome in their next labor agreement from what I casually understand, so they may as well go out with a whimper on the heels of terrible ratings.

4 - I will say the sheer magnitude of the emotional release was even a bit surprising to me…am guessing on the heels of the reaction we saw last summer….A WORLD CUP CHAMPIONSHIP

ZouDave: 1 – TJ Moe will be an on-stage magician.  People will come from far and wide to cheer for Moe’s miracles.

2 – I hope Dan Beebe is out getting as much money as he can get for our conference, and I hope the revenues are split evenly amongst all teams.  I’m not terribly surprised that the teams in conferences based on coasts can get more money, because by and large there’s more people out there and more people equals more TV sets.  I’m sure Colorado is laughing all the way to the bank with this deal, but we all know they’ll still suck.  And I figured Utah’s anti-BCS run ended as soon as they accepted the bid into the Pac-12.

3 – I can’t imagine a scenario where I even care what is happening in the NBA.

4 – What?  I’m sorry.  I passed out there for a second thinking about the USA winning the World Cup in Brazil in 2014.

Doug: 1 - Ricky Clemons, he'll become one of those TV psychics.

2 - I think the deal Beebe struck was pretty good. Sure, it pales in comparison to the PAC 12 deal now, but you also have bigger media markets in the PAC 12 footprint, and while they may not be as college sports hungry as the Big 12(-2), nobody cares. They just see LA, San Fran, Seattle, Phoenix, and now Denver, and just see affluence, tons of money and tons of people.

3 - Well, the NBA needs a lockout to survive (Gilbert Arenas will be the 5th highest paid player in the league next year), but a Memphis-Atlanta final would be disastrous for it's broadcast TV partner ABC.

4 - Well, whatever it winds up being, you can rest assured they'll light something on fire in Morgantown, West Virginia.

SleepyFloyd7: 1 - I think TJ Moe will take over for Jim Cramer on Mad Money. Back up the truck!

2 - A) Hell yes, I'm happy. I just hope the market for sports doesn't plummet before the first tier rights come up for bid.

3 - While a Griz-Hawks finals would be unwatchable, it would still be a televised product. A lockout for the NBA would send that league into a black hole.

ZouDave: Spencer, I hate you. 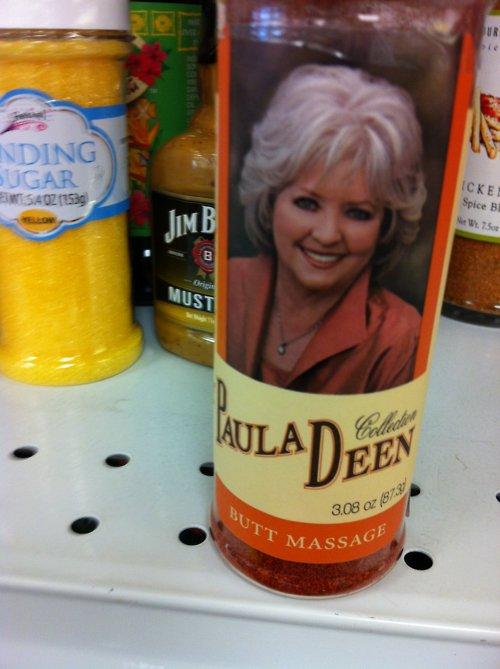 ZouDave: We are awesome at this.

The Beef: We reflect our leadership…you know…the three people with their names at the bottom of the site

Michael Atchison: Ross and Bill are trying to follow the Huffington Post business model where we do all the work for free while they visit exotic locations like Oklahoma.

ZouDave: I figured we could at least get a recap of the foodstravaganze that Bill C enjoyed in Oklahoma…

The Beef: We could talk about how I am going to the Kentucky Derby this coming weekend :-)

Bill C.: Yeah, seriously, that's far more impressive than what I ate last weekend...though the Indian tacos were as fabulous as I remembered and the tequila bread pudding was devine.  (The drunken fries with cheeseburger sauce were excellent too, though they got a point deduction for being exactly what we thought -- cheese fries with beef mixed in.)

The Beef: Here is what I will be attending on Friday night…

No…I am not paying…

What comedians will you add?

ghtd36: Norm MacDonald's Pandora station would be the driest station ever. <3

ghtd36: OK, I know I'm likely at least two months late on this, but here's a declaration:

The new Lupe Fiasco album is out-of-control good. The kind of album that makes you angry because you'll never accomplish anything as good. It is furiously great.

Bill C.: That's interesting, since ... didn't he hate that album?  Or did he just hate having to deal with the record company while making it?  And how long until I stop calling them "record companies"?

ghtd36: I think it was something along the lines of him hating the record company. He said he hated the process, which I can understand: this is much more of a standard album than The Cool, which was a masterpiece for other reasons.

The Beef: I was involved in a Lupe Fiasco on my honeymoon in Puerto Vallarta when we got on the wrong bus leaving town…what a hassle…

ghtd36: Essentially, it's Lupe doing something Lupe is not known for doing: only rapping. There's no big overarching story like there was on The Cool. And I can understand how that turns some people off; Lupe Fiasco is generally viewed as closer to an independent rap contractor than he is a standard rapper.

But the bottom line is: damn, Lupe Fiasco can freakin' rap.

SleepyFloyd7: But Pitchfork would hate this:

And HOW COULD YOU HATE THAT????

ZouDave: I realize I’m way late with this comment, but did Bill C really call something "devine"?

"…and the tequila bread pudding was devine."

Yep, he sure did.  I think that may be evidence that you’ve been doing what you’re doing for too long.

The Beef: At least it was not simply divine.  That may have necessitated an intervention had that happened.

Bill C.: Seriously, I made that comment to catch hell two hours ago.  I'm disappointed in all of you.

ghtd36: Sorry we're not all poring over your every grammatical maneuver, Bill.