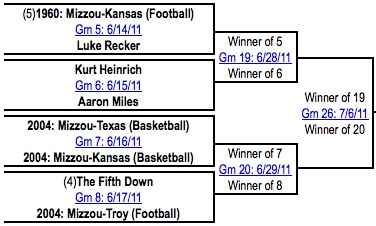 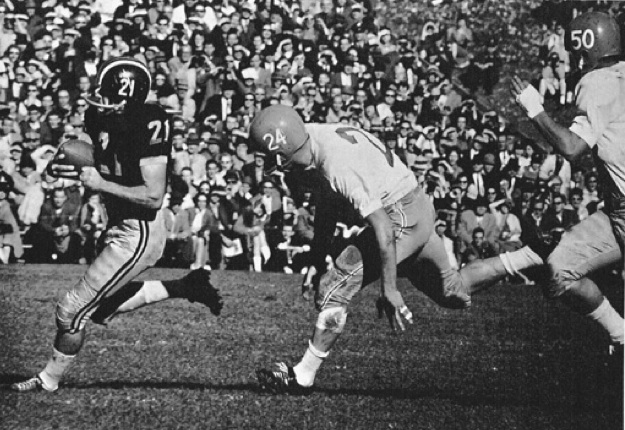 [T]he committee voted 5-3 that KU was in violation of the ban on off-campus recruiting, thus concurring with the mid-season NCAA finding. By a corollary conference rule, this determination automatically rendered Coan ineligible. The next step for the conference committee was to determine the period of ineligibility. Prior to the KU-MU game, speculation in Lawrence was that “If the league fathers rule Coan ineligible, that probably will mean the forfeit of all the conference games he has played in, as well as meaning he won’t be able to play his junior and senior season.” However, the conference was more lenient. After two motions to make Coan ineligible for the 1961 season were defeated, the committee voted 6-2 that Mr. Coan would be ineligible to participate in intercollegiate competition in football only for the period October 26, 1960 through October 25, 1961 (a one-year period starting from the date of the NCAA ruling). 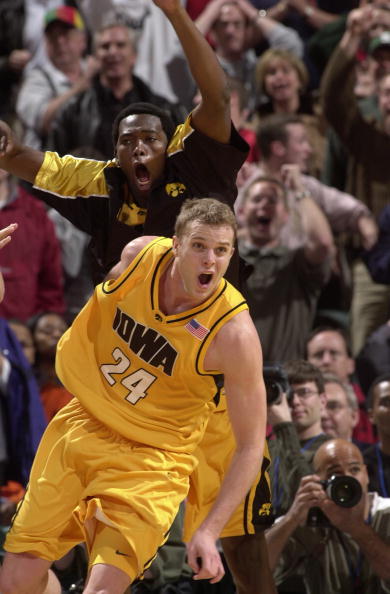 When Steve Alford was listed as a potential candidate for the Mizzou head coaching vacancy a couple of months ago, Mizzou fans acted with unified rage. They claimed it was because he was a jerk, and because his record at Iowa was mediocre-at-best ... but really, in their heart of hearts, it was because of this guy.

Mizzou only played against Iowa three times when Luke Recker was there, but that was enough to make a lasting impression.

Never mind the stats, though. That was only part of the reason Mizzou fans came to so quickly dislike him. He was cocky, he was crafty, he was everything you'd like in one of your players and everything you'd hate in a rival. And he absolutely decimated Missouri when they were at their peak. Mizzou stood at 9-0 and No. 2 in the country in mid-December 2001, having unleashed a furious rally to defeat Iowa in the Guardians Classic finals a month earlier. The Hearnes was as full as it had ever been the evening of December 15, 2001, for what we now call the Fire Code game (official capacity: 13,545; approximate attendance for this game: 71,343). Spirits were high, anticipation was in the air ... and Recker scored 16 points in the first 16 minutes to help Iowa build a double-digit lead they never relinquished. Iowa won, 83-65, and Recker scored 31 points (10-17 FG, 4-5 3PT, 7-7 FT). It's one thing to help hand your team a crippling loss (Mizzou would lose three in a row and nine of their next 18 and almost miss the NCAA Tournament) ... it's another to do so while completely enraging your crowd. Recker had the perfect combination of talent and arrogance, and it brought about a level of hatred Mizzou fans usually reserve for Kansas players.