1. So it's all but official: after approximately 30 years of living elsewhere, my parents will be moving back to Columbia next month. (Ah, the power of a granddaughter.) Since, unlike their son and daughter-in-law, they do things like "go out" and "actually leave town once in a while," give them something interesting and perhaps off-the-beaten-path things that they can do in or within two hours of Como (i.e. KC, StL or out in the boonies of rural MO ... and no, Doug, "Find good homemade meth" is not an acceptable answer).

2. So Jon Hamm was supposed to be the Gameday special guest for last year's Homecoming, but it fell through because he "had something to do — I don’t know what it was — but it was something I couldn’t miss." What exactly was he doing that forced him to cancel? (And yes, "January Jones" is an acceptable answer.)

3. RPT is between jobs, and NCAA 12 came out this week. Estimate the number of hours he will have played the game by the end of the week (approximate available hours: 144).

4. In honor of the classic Dean Martin recipe that was revealed this week, share your favorite burger recipe.

Doug: 1 - Find good homemade walnut bowls? They could go visit my brother. He just started his new job as a res hall director at Truman State in Kirksville.

2 - Well, it's Don Draper, right? He was probably drinking heavily. I hear Jon Hamm is a major method actor.

3 - Figuring bathroom breaks, or at least time to empty the colostomy bag, and simply passing out at random intervals, 130 hours.

Michael Atchison: 1. Check out the new KC Performing Arts Center when it opens. It’s going to be spectacular. Also, buy something in downtown Parkville. It was hard times already, but the flood is squeezing the life out of one of the quaintest spots in the state.

3. I never advanced past Asteroids, so I won’t even hazard a guess.

4. It’s a majestic recipe for sure, but is there supposed to be a question there?

(Ed. note: the original Q4 stopped after "revealed this week" because your esteemed author is an idiot.)

Bill C.: Oh good god...yes...there was supposed to be a line that said "Share your favorite burger recipe."

RPT: 1. Eat at Flat Branch daily. Drink at McNally's nightly. Everything in between is negotiable.

2. I already answered this before I saw the e-mail. Boo.

3. Joke's on you - my first week game time is limited until named and fixed rosters come out, and I won't even touch Missouri until I have a chance to adjust everything on MU's roster to my specifications. Wait, that means the joke is still on me, isn't it?

SleepyFloyd7: 1. When the grandkid is a little older, day-trips to STL (Magic House, City Museum, Zoo) and KC (Zoo, T-Rex Cafe, Royals outfield) will be fun.

2. He is a very nice guy, but I could tell in talking to him that he leads a DRASTICALLY different life. After the golf tourney reception, he was scrambling to find someone to take him to a mail-box place to mail his clubs to LA. He was going to NYC (presumably to shave).

3. He will play approximately 4 hours more than I will be playing Blast Monkey on my phone.

4. You're not drunk if you can lie on the floor without holding on - Dean-o

(don't forget to punch a small hole in the middle of the patty with your finger before throwing it on the grill / and grill the damn buns, you lazy bastards).

ZouDave: 1 – Well obviously this calls for a KC BBQ tour, complete with accompanying blog of their experiences.  The Nelson-Atkins Art Museum would be great, as would the Negro Leagues museum, a trip to the Country Club Plaza is always great, The Blue Room for jazz at 18th and Vine, Ameristar Casino has lots of things to entertain you that don’t even involve going on the gambling floor, a Royals game or Sporting KC game would be great if for nothing else than to see the stadiums which are beautiful, or they can take in a play at Starlight Theatre.

3 – I picked up the game last night, and I’m impressed with it so far.  Waiting for the roster to come out so I can start a dynasty, and the Mizzou roster will need some work (remove T Gabbert, remove Tatum, remove someone else that has left the team can’t remember who, and I’m not sure if we should have Sheldon Richardson on there or not, also I don’t think Brandon Gerau is our #3 receiver).  If I were in RPT’s shoes, I’d be logging a good 90+ hours so let’s hope he can do better.

4 – That’s not a question, professor. 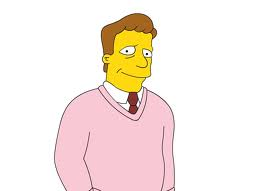 ZouDave: RPT, we’ll have to collaborate on what needs to change on the Mizzou roster.  If you’re a 360 owner, first of all hit me up with a friend invite on XBL (my gamertag is [REDACTED]), and second of all the first set of named rosters should be available on Thursday from FAIRDALE KINGS.  It’s just names, no ratings adjustments or player additions/removals, but it’s a start.

RPT: I used to be a 360 owner, but the video card fried and I've since transitioned to PS3. Though we can't share rosters, we should definitely collaborate and pass the rosters along to RMN for each console.

ZouDave: Definitely, I'll start a more private email chain with you so we don't bore the crap out of everyone here (or draw any "NERD" fire).

For PS3, right now it looks like rosters are expected to be done around 7/16. The PSN account to download them from in-game will be buckeye02.  The guys doing the PS3 roster are changing heights, weights, transfers, frosh players, etc., to make them more accurate so that's a good thing.

D-Sing: 1. Well, they could always visit the Isle of Capri casino over in Boonville. Other than that, I'll just echo some of what the others have said.

2. Christina Hendricks? (One of the pleasures of watching the stage production of "Company" that made its way to theaters was seeing her in a flight attendants costume.)

3. Being as how I am between jobs myself (although I didn't get the game yet) but am older than Ross, I'll say 117. That sounds good.

4. So what I use when making burgers:
a. approximately 1 lb. ground beef or ground sirloin (85-90% lean)
b. kosher salt
c. garlic powder

Mix meat, garlic powder and kosher salt. Form patties. Cook burgers. Rest burgers for a couple of minutes. Serve as you like.

The Beef: Ah the Isle of Capri....good times as my stint as a blackjack dealer.

Getting on the road to visit the New Glarus brewery....should be swinging over to the Capital Brewery as well before heading to some Irish pub in Madison to catch some of the WWC game. Enjoy all!

ZouDave: Boy that is lost on me.  I was 14 when the 90s started, so like the only thing I really recognized in there was Ren and Stimpy and a more advanced version of Double Dare.  Without Beavis and Butthead this would be useless to me.

Side note, Beavis and Butthead are returning to MTV sometime this summer (supposedly).  Mike Judge is appearing at the San Diego Comic-Con a week from tomorrow with a sneak preview of the new series.  I can’t wait.

Also completely off-topic, but apparently ESPN is going to carry Friday Night Lights in syndication now.  The first 2 episodes were on ESPN last night opposite the All-Stare game, and the entire first season is on in a continuous chain on ESPN Classic on Saturday.  Woot.

Michael Atchison: Yeah, I didn’t watch a lot of Nickelodeon when I was practicing law. Nirvana was the 90s for me.

ghtd36: That is a hand-crafted Hey Arnold joke, and I, for one, appreciate ya, pal.

D-Sing: What if you're born before 1985 but still know Hey Arnold?

ZouDave: Quiet, the soccer competition is beginning and USA is already up 1-0!!!

1-0 Ladies over the Frenchies in the early going.

SleepyFloyd7: Hope is poised to make a BIG star turn. I'm not sure the US even has to win this tourney for that to happen.

ghtd36: Alright, I'll say it if no one else will: Hope Solo is sports-hot. If she were, I dunno, a teacher, the masses wouldn't think she's the most gorgeous thing to ever walk this earth.

ghtd36: That's the point I'm making. I'm not saying she's unattractive. I'm saying that she is being a little overrated because she plays sports. Just like sideline reporters: she has a profession that is attractive to men, ergo, she gets a hotness bump.

ZouDave: The fact that she’s awesome also helps, as does the fact that she has a spectacular name.  Like, she has the EXACT name you’d expect George Lucas to have given the first child born to Han and Leia in Star Wars VII:  Return of the Phantom New Empire Clone Hope War Attacks.

Doug: God Dammit. George does not need help coming up with new ideas to rape my childhood memories.

SleepyFloyd7: I hate to admit it, but I will probably be buying the blue-ray DVD's when they come out.

I will also probably be taking my daughter to see the films in theatres when he re-releases them next year.

SleepyFloyd7: USWNT wins 3-1 over France to advance to the WWC finals this weekend.

ghtd36: America: good even at sports we don't care about.

ZouDave: My last couple of months have been dominated by women’s sports.