For a few years now, it really wasn't worth opening the newspaper in the morning ... no telling what you might read. 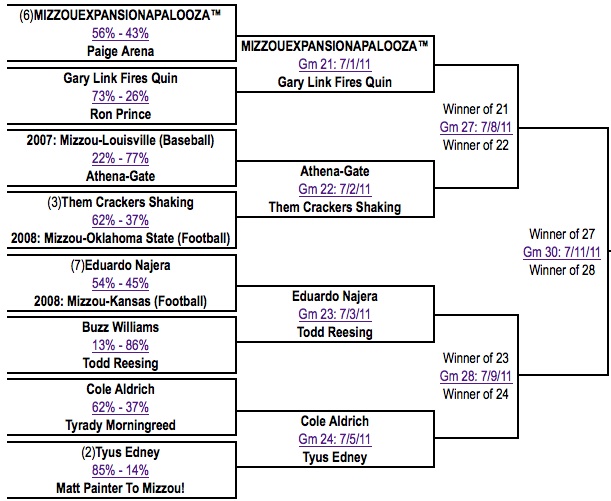 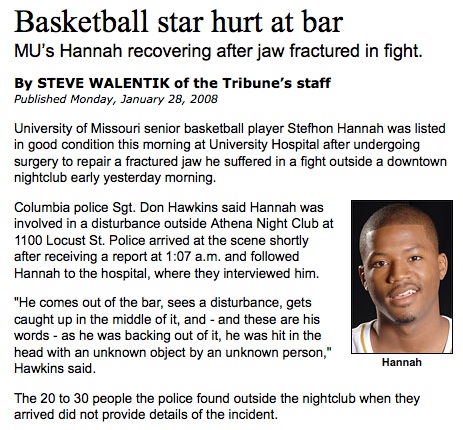 It's amazing where the Mizzou basketball program was just [14 months before their Elite Eight bid], isn't it? Then, it was a team lacking in maturity, listless on the court, and faltering off the court. Kalen Grimes had been kicked off the team. Mike Anderson, Jr., got a DUI. Daryl Butterfield was involved in a domestic disturbance. Demarre Carroll was shot in the leg. The program seemed rudderless and, quite frankly, unlikable. Mike Anderson had not proven that he could be a winner at the major-conference level. And then, after one of their more likable moments -- a come-from-behind win in Boulder -- four seniors and a junior decided to have a nice night out on the town. The next morning, Stefhon Hannah, Jason Horton, Marshall Brown, Daryl Butterfield and Leo Lyons were suspended, and Hannah was in the hospital with a broken jaw. The first story ("Hannah had nothing to do with it, he just got hit by a frying pan as an innocent bystander") didn't exactly hold up to much scrutiny, and after more incriminating details emerged, and Hannah's mother bad-mouthed the entire city of Columbia, and Hannah went home to Chicago and got officially kicked off the team ... well, this wasn't Ricky Clemons-level embarrassing, but it was embarrassing enough.

Fourteen months later, Mizzou got within ten minutes of the Final Four. Again, reliving the bad makes you appreciate the good that much more, no?