There have been few surprises in the first two rounds of the karma-cleansing experiment known as M-I-Z... E-R-Y. What does the Elite Eight hold? 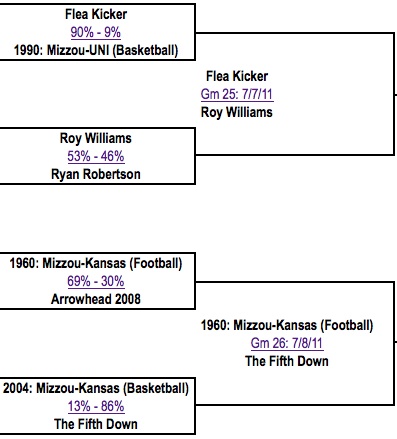 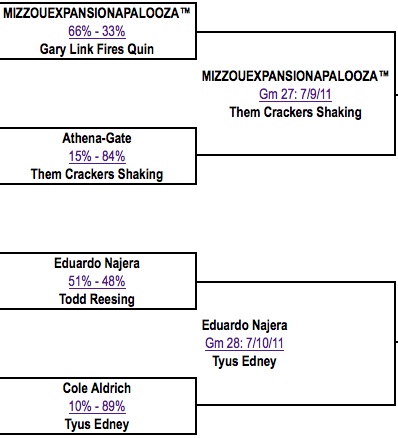 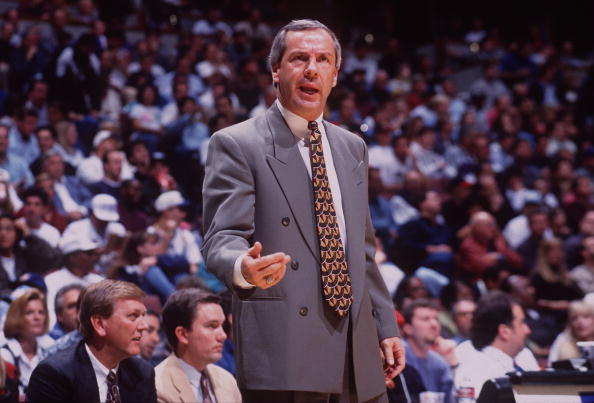 3 Dec 1994: University of Kansas Head Coach Roy Williams instructs his team from the sidelines during their 81-75 win over UMass in the John Wooden Classic at The Pond in Anaheim, California. (Stephen Dunn / Getty Images Sport)

It wasn't that he won, even though he did. After all, Bill Self has beaten Mizzou at an even higher rate and won the national title that eluded Williams in Lawrence, and he didn't make this bracket. (He almost did, but that's not the point.) Really, it was the aw-shucks personality. The fact that he talked like Deputy Dawg and built the reputation of being one of the best people in college basketball while allegedly doing some pretty negative recruiting behind the scenes. And let's face it, even if he was not guilty of any negative tactics ... the more bulletproof your character is, the more rival fans will attempt to shoot bullets through it. Mizzou hated Roy Williams because, unlike with Billy Tubbs, Danny Nee or others, they weren't given the high road. They couldn't hate him because he was a jerk, they could just hate him because a really, really successful Kansas coach. Which, it turns out, was enough to get him into this bracket and into the Elite Eight.