No position at Mizzou seemed as stacked as the linebackers in 2010. The Tigers had four quality starters in Will Ebner, Luke Lambert, Zaviar Gooden and Andrew Gachkar and solid depth behind them. But injuries to Donovan Bonner, Jeff Gettys, Josh Tatum and Adam Burton killed depth; and then, due to both injuries and a suspension, Ebner and Lambert combined to play in just 14 games. In the end, Missouri’s 2010 linebacking corps consisted of Gachkar (playing at an all-conference level), Gooden (hinting at the same level for future seasons), a little bit of Ebner, a lot of redshirt freshman Andrew Wilson, and whatever backups they could scrounge up.

Through all the injuries and combinations, the position still maintained a high level of play. And as is usually the case, injuries help you in the future tense almost as much as they hurt you in the present tense. Now, Gooden looks ready to take a major leap, Ebner, Bonner and Lambert are at or approaching 100 percent, and Wilson is very experienced for a sophomore. 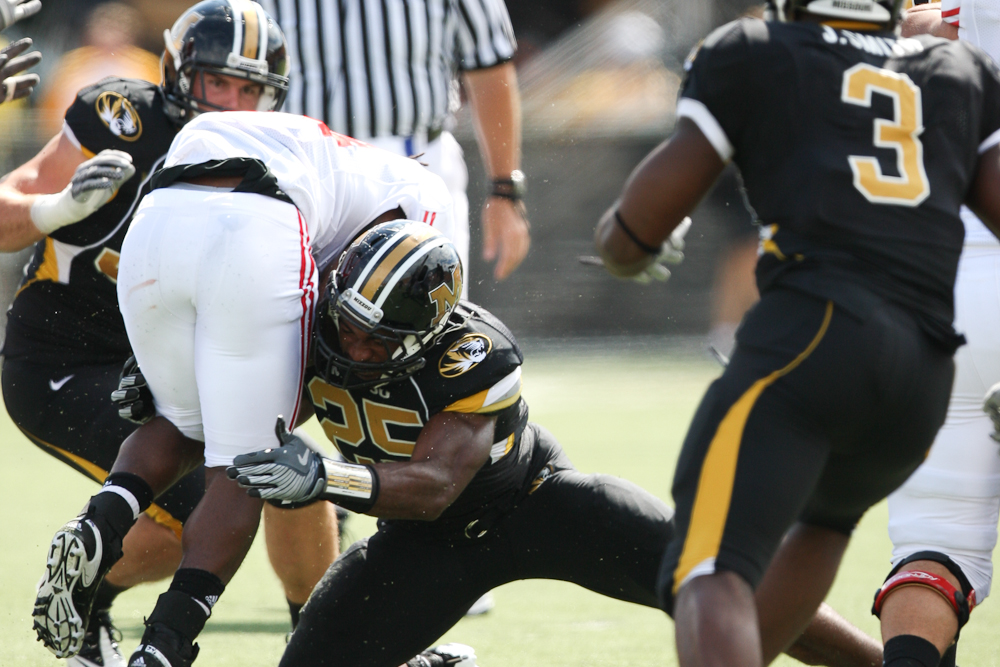 The Missouri staff talks a lot about finding top notch athletes first, then worrying about their position later. Gooden is a perfect example. He is a phenomenal athlete who moved from the safety to the linebacking corps before his redshirt freshman season and has taken to the position beautifully. If there is anything upon which Gooden might improve this coming fall, it is the down-to-down consistency. The only thing separating him from Sean Weatherspoon-like numbers is the raw volume of tackles. Andrew Gachkar was one of the conference’s most unappreciated players, but Gooden has the kind of ability that can make Big 12 coaches actually take notice. His 40 times were the stuff of legends in Missouri circles last offseason, but what’s incredible is that we saw that kind of "track shoe" speed actually translate into how he was able to perform in live action. His closing speed, especially in coverage, was something to behold in 2010 – just ask Landry Jones. 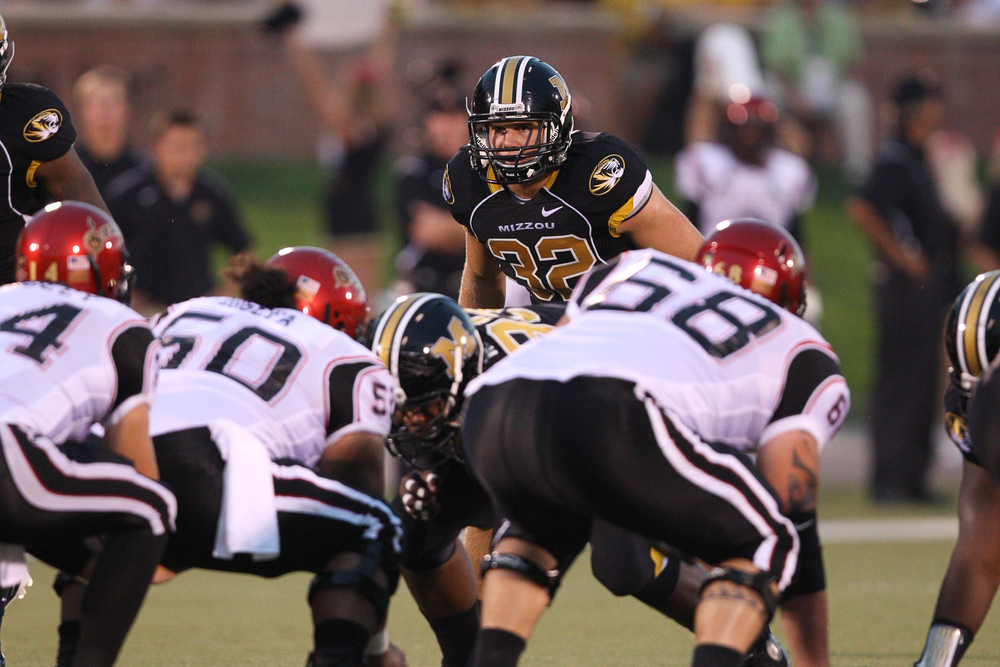 If Ebner was nothing else in 2010, he was a warrior. Come November, Gary Pinkel would always lead his weekly injury report with news that Ebner would be day-to-day in practice, noting that Ebner would barely be able to step on the field on Tuesday and Thursday but always turned it on by Saturday. At this point, his career injury log includes a torn labrum, torn meniscus, the dancer’s fracture in his foot that lingered in 2010, and in recent weeks, a concussion. He is the definition of a max-effort player, and sometimes when you play with no regard to your own well-being, your well-being suffers. 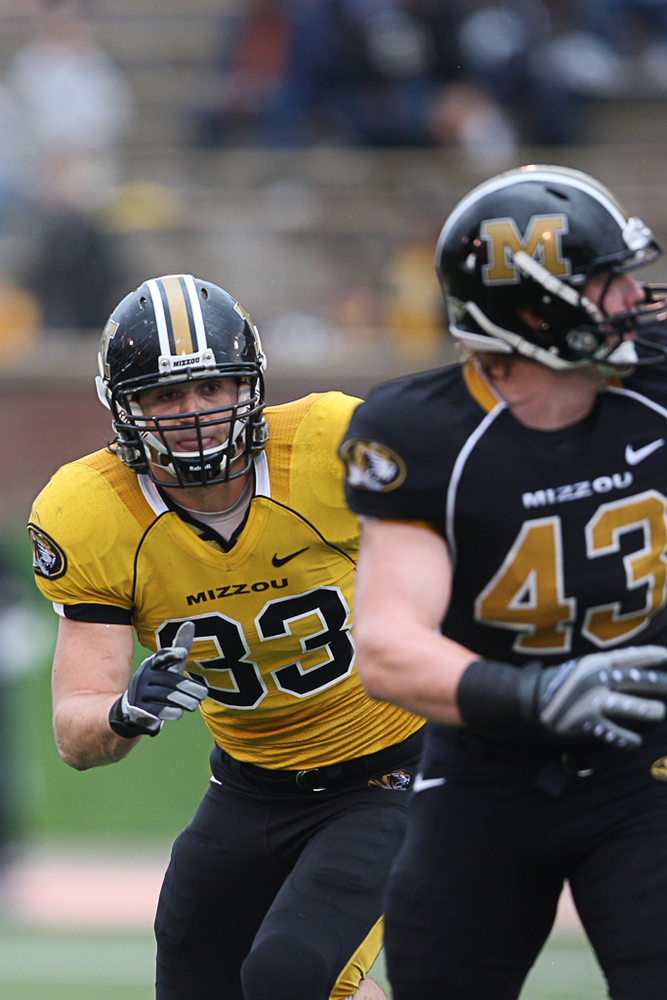 Heading into August practices, perhaps the most random, interesting subplot was whether Luke Lambert could win the captaincy for a second straight season. Alas, it was not meant to be. When healthy, Luke Lambert is the most nondescript excellent linebacker you can imagine. He doesn’t miss tackles, he breaks up passes, he doesn’t get fooled much or caught in the wrong position. He is the perfect complement to Will Ebner’s whirling dervish routine. 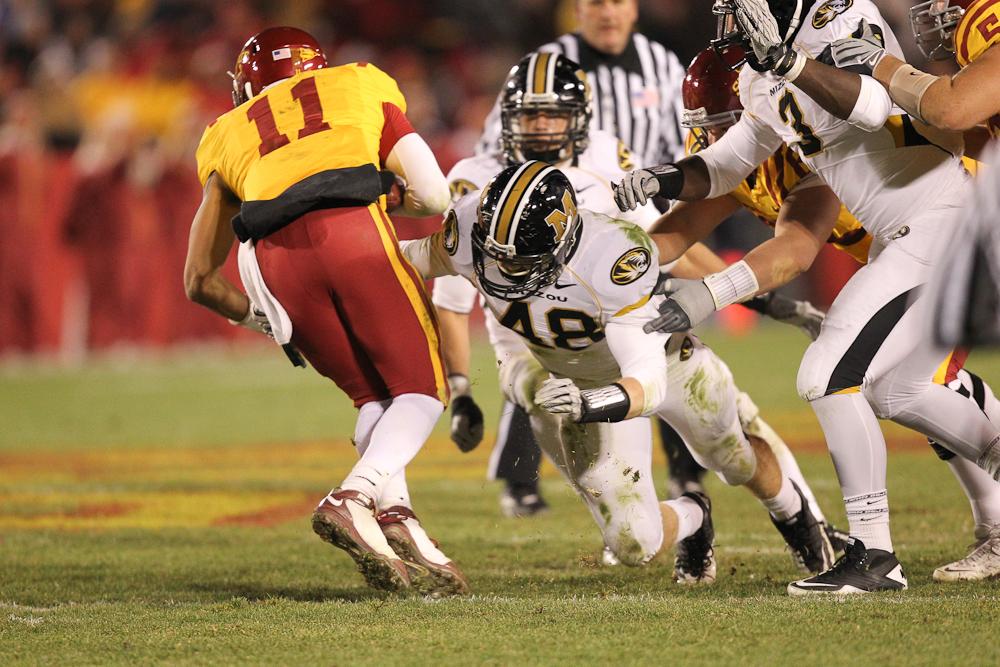 Some linebackers are play-makers, some are play-stoppers. Andrew Wilson is the latter. You aren’t going to see him forcing fumbles and wreaking havoc in the backfield. You are going to see him stopping a run for three yards instead of eight. Wilson was a beautifully sound linebacker in terms of fundamentals and positioning as a redshirt freshman. He is more Luke Lambert or Brock Christopher than Will Ebner or Zaviar Gooden, and the presence of a reliable option like Wilson will allow defensive coordinator Dave Steckel to take more risks with other players.

Bonner had two primary factors that led to playing time as a true freshman: his athleticism and his nose for the ball. The torn knee ligament that cost him his 2010 season won’t rob him of his instincts, but his explosiveness and lateral mobility will be on close watch. Once considered the heir apparent to Sean Weatherspoon on the weakside, he has too many Weatherspoon-esque components to count right now – unheralded recruit, aforementioned nose for the ball, high-ceiling size-and-speed combination, and a loveable Twitter presence. 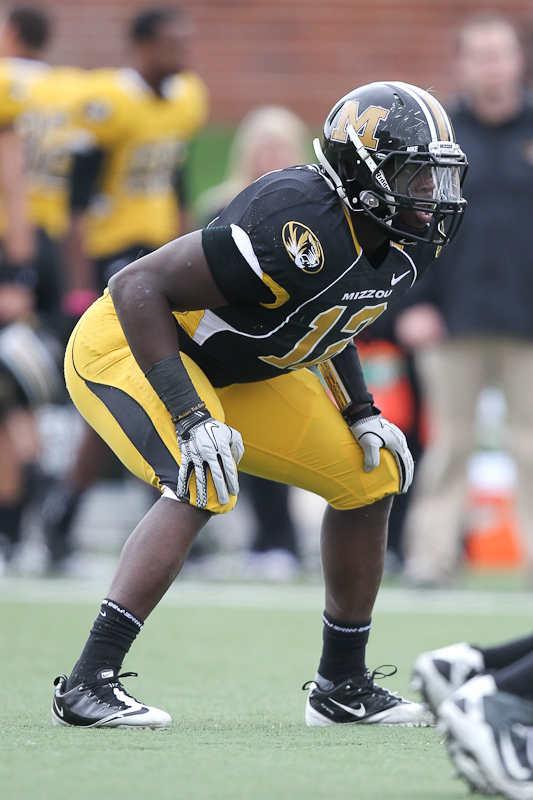 Of course, if you're looking for a new Spoooooon, then you may want to give a look to the new No. 12. Given both the state of the linebacker position and the words of the coaching staff last year, it is somewhat amazing that Darvin Ruise’s redshirt stayed intact. Ruise practiced in the rotation at linebacker, and Gary Pinkel hinted several times that Ruise might sneak his way onto the field at some point. The emergency call up, to steal a baseball term, never came for Ruise, in part thanks to Jarrell Harrison’s versatility. But if Ruise was that close to seeing significant playing time a year ago, there’s no reason to think he can’t factor in at linebacker in 2011.

Parham was used primarily as a pass rusher in high school, and his development was kept fairly quiet by reporters a year ago. Whereas Ruise was the darling of the freshman linebacker class, Parham entered the program fully expecting to redshirt and learn the position. In the Spring Game, that learning curve was on display. He made several nice tackles, including a strip of T.J. Moe, but also struggled to finish plays on a few occasions.

Right or wrong, Mizzou linebackers are often characterized as speedy defenders whose best asset is usually pursuit. With Brothers, it’s his strength that is cause for excitement. Rather than running around blockers, Brothers seems to show no reservation in engaging his blocker directly. The result is a linebacker with end-style skills. He was fantastic at keeping his arms extended and shedding blocks at the high school level. Of course, there’s no guarantee that he’ll be strong enough to successfully continue that type of play at the Big 12 level. But if his game translates, Mizzou may have just found its run-stopper of the future.

Green is the prototypical Texas diamond-in-the-rough linebacker. He’s explosive, looks pretty comfortable in space, and can lay the wood when given a head of steam. He also seems like a bit of a project for Pat Ivey and the strength staff -- how much weight can he carry without sacrificing any acceleration? We will find out when he emerges from a redshirt cave a few months from now.

Durant’s a former track athlete who was versatile enough to play both safety and outside linebacker at a very good Copperas Cove program in the state’s largest classification. He may not be strong enough at the moment to win one-on-one battles with blockers, but his ability to track plays down from behind along the line of scrimmage is intriguing, particularly for a spot on the weakside. He will redshirt in 2011 after suffering an injury in August.

Of the five primary players above, the "if healthy" qualifier has be attached to four of them. If Missouri has a bit more luck in terms of injury, this unit is the deepest on the Mizzou defense. Gooden is a potential star, Ebner and Lambert provide a nice combination of highlight reel plays and steady performance, Bonner is high-ceiling wildcard, Wilson is steady, Ruise is exciting, and Parham is strong. Of course, of all the things this unit has, they won’t have Andrew Gachkar. If injuries still play a role, or if Bonner needs another year of learning/recovery, then they might just be happy to match last year’s production instead of exceeding it.