Quick Slant: Western Illinois and What the heck is a Leatherneck, anyway?

Share All sharing options for: Quick Slant: Western Illinois and What the heck is a Leatherneck, anyway?

This week's opponent comes to Columbia from the wilds of Macomb, Illinois.

Now to most folks from Missouri, Macomb is known for one of two things:

1. It served as the summer home of the St. Louis Rams until 2005, when they (like many other NFL teams) moved training camp back to the practice facilities.

Obviously, Macomb is where Western Illinois is located, and it is about 180 miles northeast of Columbia. The colors are purple and gold, their mascot is a bulldog, and their sports teams are called...the Leathernecks? 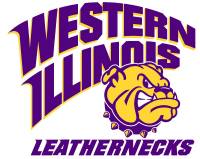 When I was in graduate school at Illinois State University, one of the people in my program received her bachelor's degree from Western. It was the first time I heard of the school, and I was confused because their mascot didn't match their nickname. Also, until 2009, the women's teams went by a different nickname (the Westerwinds).

Surely, Western Illinois can't be called the Leathernecks (technically, the "Fighting Leathernecks") because of a connection to the Marines, right?

Western Illinois University holds the distinction of being the only non-military institution to officially have its nickname derived from a branch of the military service.  The school began use of the Marine Corps’ official nickname, "The Fighting Leathernecks," in 1927 when then-athletic director and head baseball, basketball and football coach Ray "Rock" Hanson was granted permission by the U.S. Navy, based on his status as a Marine hero, to use the Marine’s official seal and bulldog mascot along with their nickname.

Well, okay then. It really is connected to the Marine Corps, and it is a special honor to boot.

Now I know. And knowing is half the battle.