Here are some morning-after thoughts on yesterday's 17-6 Missouri win at Faurot Field. Links at the bottom. I intended to get this done a couple of hours ago, but ... well ... babies.

You Got Love, Don't Turn It Down/Turn It Loud, Let It Build/We Got A Long Way To Go/But You Gotta Start Somewhere

The truest response to yesterday's game is, like the song from which the above lyrics came, quite unsatisfying. I thought I was being rather conservative when I predicted something in the neighborhood of a 20-24 point Missouri victory, but in the end that was a bit too optimistic. With a quarterback unaccustomed to FBS-level football, and a coordinator figuring out what works and what doesn't for his new guy, the offense was incredibly hit-or-miss yesterday. A well-coached Miami defense ate up the short passing game, and while the Missouri running game was solid, it was inconsistent. In serious flux these past few weeks because of a ridiculous number of injuries, the Missouri offensive line made mistakes and committed penalties, and it led to passing downs. Mizzou faced 14 third downs, and in 12 of them, the Tigers needed at least five yards.

That's not how you succeed offensively.

Missouri's defense continued the "bend for a while, then swarm when the opponent sniffs the end zone" routine that worked so well last year -- if you're fast and talented enough, it can work wonders; West Virginia has one of the best defenses in the country, and they bend as much as Missouri -- and the Tigers came away with a never-truly-frightened, 11-point win over the defending MAC champions.

For now, that's good enough. It has to be, doesn't it? It may be unsatisfying, but it will suffice, and for one simple reason: it could have been a lot worse. Just look around. 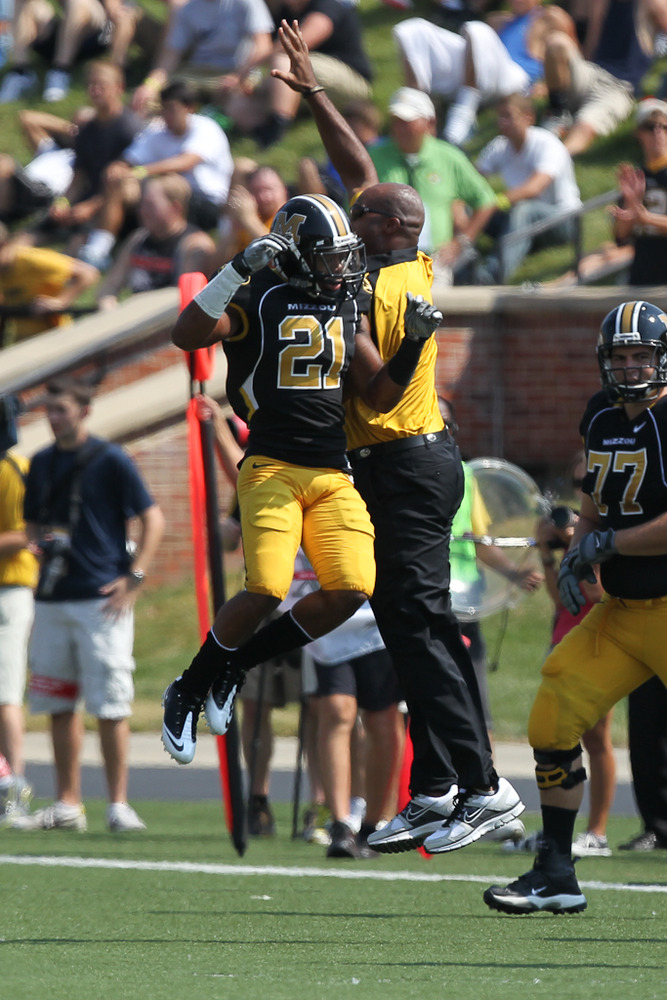 Preach, Eddie. In the end, what happened in Columbia was rather meaningless because of what was happening everywhere else. Auburn -- defending national champion Auburn -- needed some onsides kick luck to beat Utah State.

in other words, this was a true survive-and-advance weekend. We want to think Missouri is better than most of the teams I just listed, and they probably are, but Mizzou won by double-digits and never really faced an "Oh god, are we going to lose this game?" moment. Good enough. For now.

(This says nothing of the fact that Mizzou trailed Illinois at halftime and trailed San Diego State after 59 minutes just last year, and they still went 10-3.) 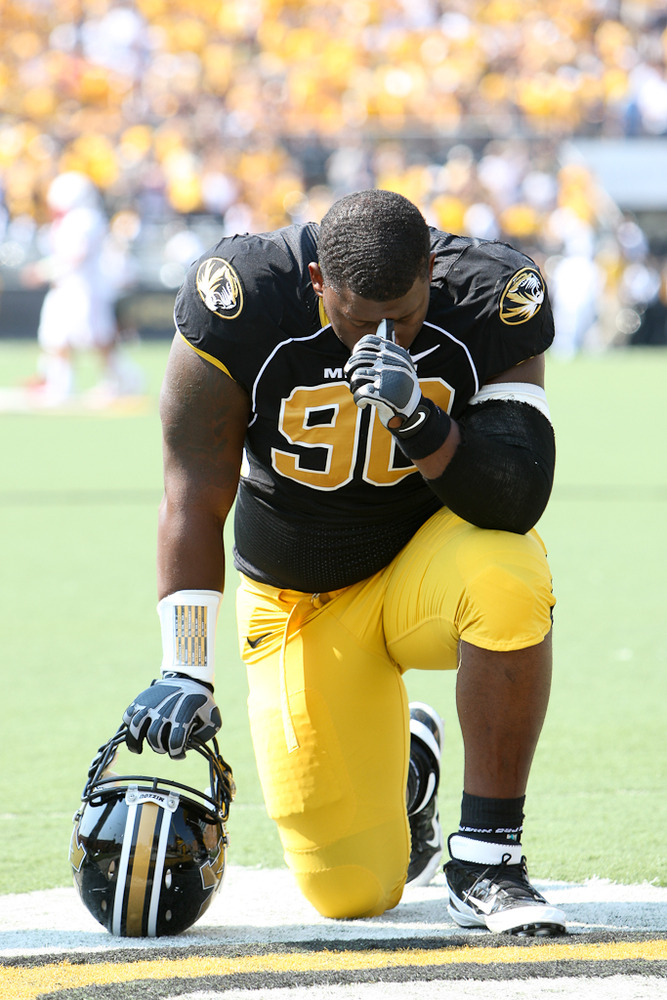 Don't ever leave us again, Dominique Hamilton. The missing piece on the line over the last half of last season, Hamilton registered 5.5 tackles, made at least three run stuffs, recovered a fumble, and generally looked like the best player on the field. Think Missouri could have used him while they were getting gashed by Baron Batch and Marcus Coker last year? 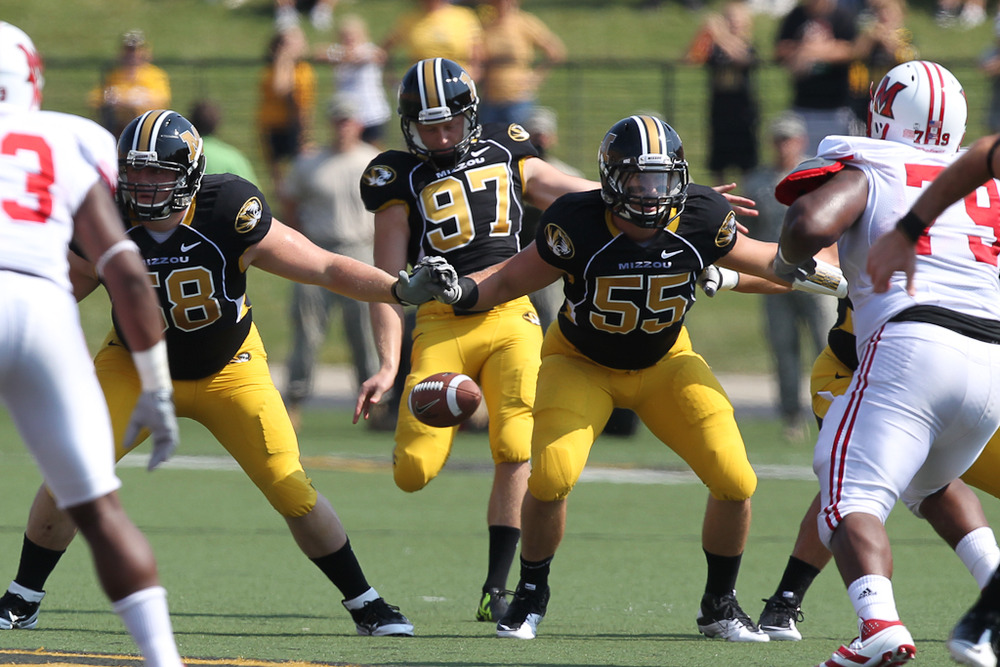 Those of us who lived through the 1998 season probably have an inordinately strong appreciation for special teams. With any of the last 5-6 special teams units, the 1998 team would almost certainly have gone 9-2 or 10-1. Instead, they were brutal in the return game and even worse in the kicking game, and it cost them dearly. Now? Missouri's got a special teams unit that, when paired with a bend-don't-break defense, can win games with little to no offensive help. They got brass in pocket. Grant Ressel made all three kicks (including a 38-yarder that looked like a PAT) and bombed two touchbacks in four kickoffs, T.J. Moe averaged 15 yards over two punt returns ... and they didn't even come close to winning Special Teams MVP honors. That, of course, goes to Trey Barrow.

Meanwhile, Miami missed a field goal and a PAT and averaged 20 fewer yards on their two kickoffs. Winner, winner.