As rptgwb's diary on the side suggests, Every True Son and Mizzou Sanity have joined forces (so to speak) to bring you Rock M Nation. We are thrilled to join Sports Blog Nation, and we hope to continue the level of brilliance, wit, and sheer genius (ahem) that got us here. We'd love it if you registered for the site, started a diary, commented on every post, et cetera, et cetera. We've got high hopes for this site, and we've posted a couple of recent ETS and Sanity posts so you can see what kind of content you're in for here.

Here's what I said when I started Mizzou Sanity:

What I hope you'll see from this blog (and a lot of this depends on who else I can get to sign on here) is far-too-in-depth analysis of Mizzou sports (all Mizzou sports, including lots about wrestling, baseball, and volleyball), combined with a pretty strong look at the Big XII and a general look at college sports as a whole.

That still sounds pretty good to me. So kick back, join in on the discussion, and...screw Nebraska!

I posted that five years ago today. Happy birthday, Rock M Nation. It is rare that somebody can actually say that starting a blog changed their life, but ... here I am. Through the years, Rock M has taken on its own life outside of its main contributors. The community has built upon itself and created unlikely friendships, and, to put it bluntly, it has helped me to land what has to be considered my dream job. If I hadn't contacted Peter Bean about five years and two months ago about the potential for starting a Missouri blog, then I wouldn't have the job I have now. And if RPT hadn't also contacted Peter around exactly the same time (leading to SBN's decision to bring both of us aboard), then the community that come together here would not be the same. So thanks to Peter, Ross, The Beef, and everybody else whose presence and personality led to this weird little site that we have today. Cheers. 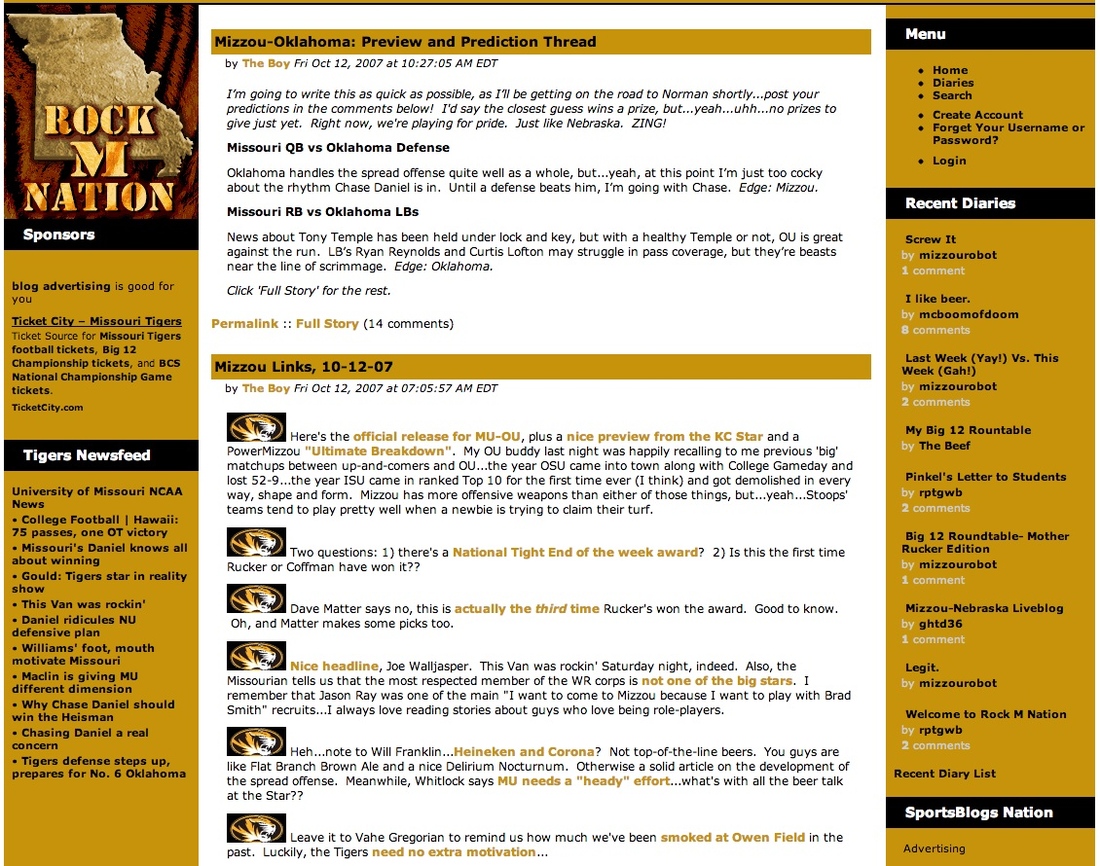 And now, on with the show.