Share All sharing options for: The 2012 NFL Draft And The 2012 Missouri Offense

A couple of years ago at Football Outsiders, I wrote about the impact of the NFL Draft on a team's prospects for the coming season. We base a lot of our impressions on a team on the number of starters they return, but Team A's eight returning offensive starters may be totally different than Team B's.

"You would expect that draft data would hold at least a decent correlation to the future season's success, but here's something you may not have expected: Using draft points and total picks lost, you can derive almost as much about a team's success in the upcoming season as you can looking at returning starter data."

To begin to explore the impact of the draft, I used a point system:

I thought it would be interesting to see what draft points might tell us about Missouri's prospects for the fall. Today, we'll discuss offense.

Let's begin on the offensive side of the ball. We go back to 2006, as 2005 is the first season for which I have full play-by-play data. 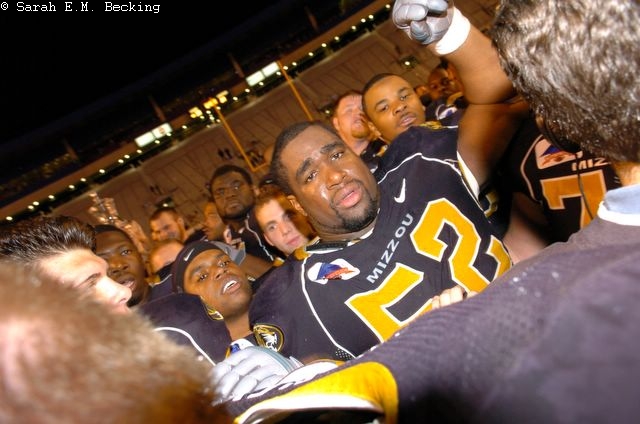 Missouri was expected to collapse offensively following the departure of Brad Smith -- I still remember The Sporting News picking Ole Miss, 3-8 in 2005, to beat Mizzou in Columbia -- but from an NFL perspective, Mizzou didn't actually lose much. They returned eight starters and actually improved offensively, from 37th to 32nd.

Points: no draft points lost
Rankings Change: from 30th to 11th in Off. S&P+

Mizzou returned nine starters on offense, and none of their losses were drafted. Granted, we probably didn't expect as much of a surge as the one we saw, but we knew improvement was likely. 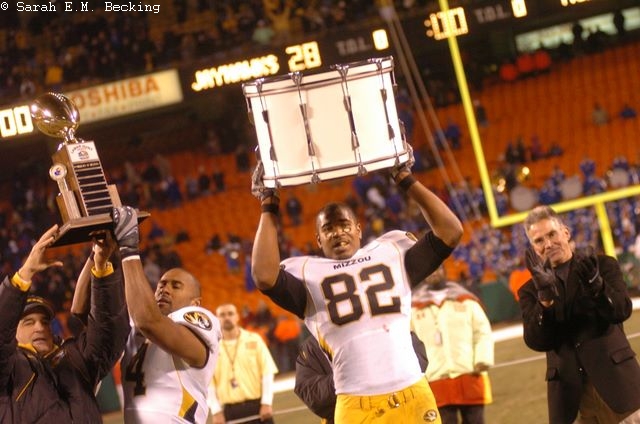 Points: 15 draft points lost
Rankings Change: from sixth to fifth in Off. F/+

Mizzou returned six offensive starters and had to replace two mid-round picks. Because of the talent returning, they held steady as a Top 10 offense. 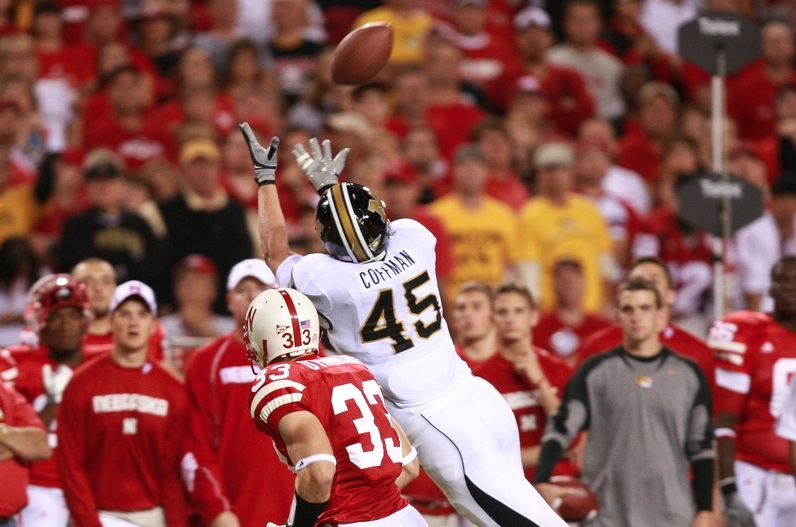 Points: 25 draft points lost
Rankings Change: from fifth to 32nd in Off. F/+

Mizzou lost as many draft points in 2009 as they had from 2006-08 combined. Despite returning only one fewer starter in 2009 than they had in 2008, the caliber of the departed starters was infinitely higher, and it showed on the field. (And draft points don't even acknowledge the fact that they had to replace a Heisman finalist at quarterback.) Mizzou had a sparkly new five-star quarterback and a receiver who should have won the Biletnikoff, but there was still a significant dropoff.

Points: no draft points lost
Rankings Change: from 32nd in Off. F/+ to 41st

Here's where we see the limitations of the draft points concept, and why it is most effectively used in conjunction with returning starters and other data. Missouri returned seven starters and lost nobody to the draft but still sagged a bit, in part because of their limitations and in part by design -- Mizzou transformed itself into a "defense and special teams" team that year and took far fewer chances on offense, especially late in the season. 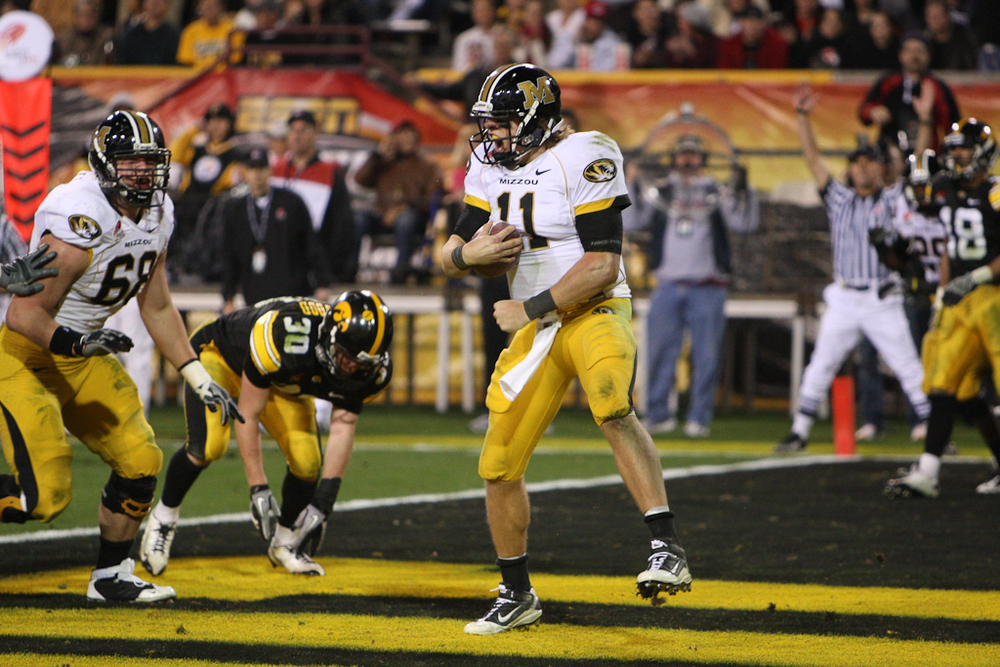 Mizzou once again returned seven starters in 2011 and had to replace a Top-10 quarterback (and, unexpectedly, a three-year starting left tackle) but still improved significantly last fall. We can discuss the "fit" of Blaine Gabbert versus James Franklin in this offense, but wow, was this a fantastic coaching job by David Yost and company. There were no numbers to use which would have predicted this improvement. 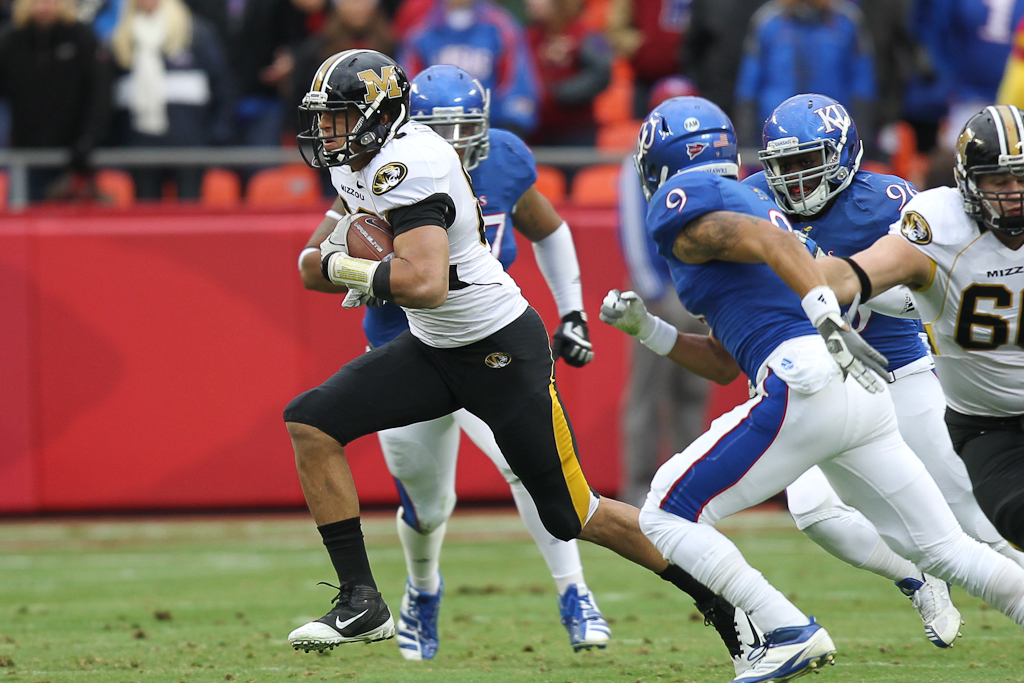 Mizzou has spent most of the last half-decade either improving or maintaining a high level.

While they were not able to overcome the amount of talent they lost in 2008, it does appear that if they return at least six starters and replace no more than about 15 draft points, the odds are good that they will take a step forward the next season. Well, Mizzou lost a minimal amount of draft points and, depending on how you count them, return between four and seven starters: James Franklin, Kendial Lawrence (unless you justifiably count Henry Josey as the starter), T.J. Moe, Marcus Lucas (unless you less-justifiably count Jerrell Jackson as the starter), Justin Britt, Travis Ruth and Elvis Fisher (unless you don't count him because he didn't start last year). This points to the drawbacks of using a single number (returning starters) to mean so much -- it is difficult to draw serious conclusions when you really don't even know what the number actually is -- but it also suggests that, assuming James Franklin is 100-percent healthy in 2012, the Missouri offense should crank at a similar level to 2011.