1. Mizzou has a new assistant basketball coach. Frank Haith officially brought now-former New Mexico assistant Ryan Miller aboard yesterday. Not only does he have a really nice resume, but he was also a high school rival of Jason Sutherland in high school. That's kind of awesome. Anyway, this appears to be a really nice hire, as much as we can derive such an opinion based on resumes.

2. Ho hum, another Chelsea Thomas no-hitter. Thomas locked down the 11th no-no of her career last night against Oklahoma State as Mizzou took down the Cowgirls, 4-0. Oklahoma clinched a tie for the Big 12 title last night, so that dream is all but out the window, but no matter -- to those worried about Thomas' gimpy groin last week ... I'm thinking that isn't an issue anymore. And that's good, as the postseason is right around the corner. Today's Game: 2:00 p.m. CT at University Field.

3. Rob Zastryzny picked a bad time for a bad start. Memphis jumped on him for six runs in 4.1 innings last night, then thwarted a late Mizzou rally to take Game One of their series, 6-4, at Simmons Field. Memphis is not a good team (24-25) and this is not a good loss. Mizzou now stands at 26-23, and ... yeah, either win the Big 12 Tournament or miss the NCAAs for the third straight year. That was basically the situation heading into yesterday, and it's definitely the situation now. Today's Game: 2:00 p.m. CT at Simmons Field.

4. I am not yet sold on the black end zones with the new font in the diamonds. I love virtually everything else about the New Faurot renditions, but the end zones just don't look right to me. We'll see how they look in person. And as with everything else, even if I don't like it at first, I'll have talked myself into it within a couple of games. 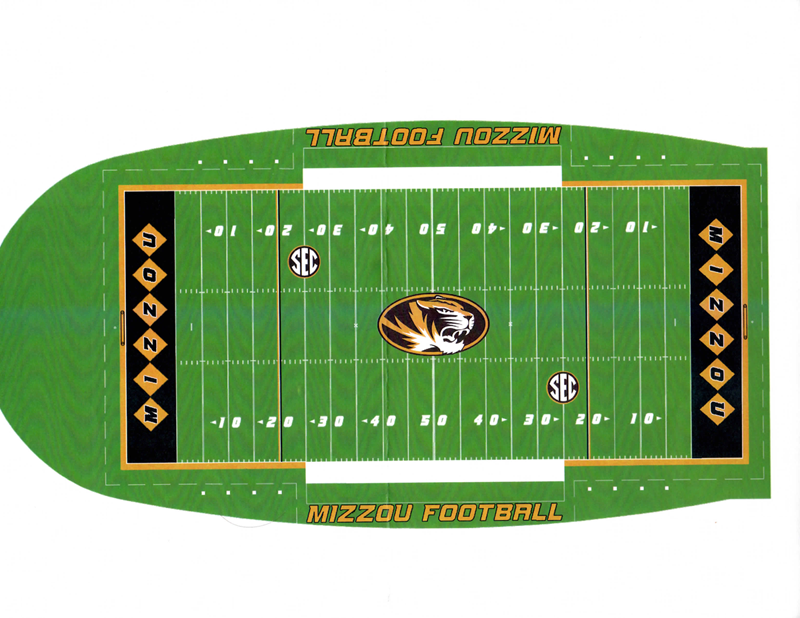