1. We're a few weeks away from the beginning of SEC Introductions, where we spend a week on each new SEC rival. Yes, there will be football, and basketball, and hopefully something Better Know An Opponent-esque. But that's three. There are five days in a given work week. How do we fill the other two days? Serious and less serious ideas welcome.

2. Mizzou Softball travels to Oregon this weekend for a late-season non-conference series. Don't worry, Atch, I'm not going to ask you to analyze Oregon's strengths and weaknesses. Instead, I'll just ask this: do you enjoy the late-season non-conference (non-rivals) idea? Obviously Mizzou will encounter it in SEC football, but more often than not, that will simply mean that Random FCS School From The Southeast comes to visit for Senior Day. Do you enjoy the thought of, say, a basketball game versus Wisconsin or Arizona in late-February? A football game versus Cal or North Carolina in mid-November? Or are battles like that best relegated to December and September, respectively?

3. Name your SINGLE FAVORITE moment from this video. Yes, you can only choose one.

The Beef: 1. We could certainly look at the strengths of the school from an Olympic sport standpoint. Could also review their towns and tailgating scene. Or we could just rate of their women are hot or smoking hot.

2. Very interesting from a softball standpoint, though not completely out of the ordinary when you think about how the regular season schedule is set up. For Mizzou, it has typically been out of conference early and midweek, and then conference on the weekends. However, the Texas schools will have conference games during the week because the distance is not as bad. This one is rather unique because of the quality of opponent and national prominence. Hopefully I will get to give Atch some more information tomorrow when I get to reviewing Oregon so he can talk about them at work on Friday as we know he will.

For football, I will get used to it. I was raised on Penn State football from their days as an independent, so I did not have a true notion of conference play. When they moved to the B11, they were pretty standard (as everyone was back then before they figured out playing in conference early helped them from a TV standpoint). The B12 was one of the last to start to make that move, and really it was only UT/Ttech playing early I believe. For us, it will just take a little getting used to, and then we wont think about it anymore. I don’t care who we play on senior day as long as we have a shot at a good win and a good chance at seniors playing.

For basketball, I think the conference grind is tough enough that going out of it in Feb has little value. You play those games in Nov/Dec if you are high profile, and then your conference lineup prepares you for those same types of games in March. But Mizzou has done it before from time to time (I recall a UVA game in conference season), and if TV is paying, then you may as well.

3. The best part of that video is the singular comment underneath it which says, "This pretty much tells me NOT to be a marketing or advertising major at Kansas. Obviously those aren't strong points for this school.

4. I will hang up and listen to your responses.

Michael Atchison: 1. Not on my game today, and short on time. Everything I think of here could fit in a Better Know piece. Maybe one day a week could be devoted to Mad Men recaps. That’s not happening anywhere else on the internet.

2. I don’t mind the late-season non-cons in basketball. You’re playing twice a week anyway, so it doesn’t really break the momentum of the conference race, and it foreshadows the NCAA Tournament. With football, though, yech. Can you imagine in 2007 if Mizzou’s next-to-last game had been Ball State? It interferes with the story of the season in football.

3. I love the authentic, inherent funk of the Kansans.

KU Doug: 1 - Famous alumni/hanger-ons in the fan base.

2 - I prefer the build-up to conference play in both sports. It always strikes me as strange when Arizona winds up playing Presbyterian in February because that's their week to play ASU, so they have to fill out the week somehow.

3 - Well, considering the fact I couldn't get through the video, I will admit it lacks a certain auto-tuned glory you find in a video like this: http://youtu.be/-vMfqosdDbY

However, I won't be surprised if KU loses some of the $612 million they've already banked in this capital campaign.

4 - You know a couple of timeless names? Tristan and Winifred.

2 - I tend to like conference play to be the main focus late in the season, so I guess it will take some getting used to.

3 - My single favorite moment was discovering actual, irrefutable evidence that Lawrence, KS has no soul.

I also liked this moment from the video:

1- Let's get TigerBartender all liquored up, put him in front of a camera and ask him to riff on each SEC school for two minutes. There is no downside to this idea. I graciously accept your "Best Idea" medal.

2- The late-season non-con game really only seems strange to me in football. Conference season is supposed to be a week-to-week grind; isn't that why we (the royal we; nobody here) have been pooh-poohing what TCU and Boise have done, because they "don't know what it's like to play a rough conference schedule"? Everything else...meh.

3- I'd love to tell you, but I was tripping hard during it. The weird thing is, I don't remember taking acid. What's that? I wasn't on drugs? The video is actually like that? Oh. Jesus.

4- The fact that this is even a debate is silly. The answer is, and always will be, Rowdy.

2 – I generally don’t really care. It might take me a season or two to adjust to the fact that we’ll be playing conference games in the first couple of weeks of the football season, and therefore non-con games throughout, but I don’t feel like it’s going to bother me at all. Bring it on. Basketball, though, it would throw me off. For some reason that just seems foreign to me. Once you’ve started playing your conference opponents, that’s it. The next out-of-conference opponent you face will be in the big dance. But, again, I’m sure I’ll get used to it. I don’t really care who Mizzou is playing, I just want them to win.

3 – When I clicked the X to close that tab 1:32 into the video. Just awful. Don’t ever ask me to watch something like that again.

4 – Brisket really is a beautiful name. And since the Beef is a hockey fan when he’s putting his baby down for the night he can yell "Put the Brisket in the basket!"

SleepyFloyd7: "Put the Brisket in the basket!"

The Beef: I read through all of that article on deadspin...I guess in an Internet world...I was not surprised. But, since I had never heard of her before this...my world will continue to spin without pause

ghtd36: I think it's an absolutely riveting story, and the fact that it's still currently playing out makes it double-riveting. As my friend (who doesn't get what the big deal is) said, people get scammed every day. I totally agree...but the depth of reporting, the accessibility of all of these characters and the Wild West-ness of the Internet, to me, makes this absolutely fascinating.

Michael Atchison: That story would be a lot more interesting to me if I had ever heard about her before yesterday, or even after hearing about her, if I thought there was anything even remotely substantial and/or important about her. I guess I’m not shocked that a woman who blogged about gambling turned out to be a scam artist. I think ESPN is kind of dumb to pander to that audience, but they did the right thing by severing ties. I’m a little shocked that they didn’t give her a show opposite Skip Bayless.

I will agree that the reporting was impressive. I wish the story had been written with a better lede and first couple of paragraphs, because I had to wade through a lot of it to understand what was happening.

SleepyFloyd7: It's all about pageviews, yo. RMN would freaking RULE if BillC was hot.

The Beef: Sadly...we all know that is certainly not the case

SleepyFloyd7: ...well, unless fiveheads are your thing....

ghtd36: Coming this summer: The Men of Rock M Nation!

The Beef: Coming this fall...an empty web site where RMN once was

The Beef: Given your level of involvement in this, we really were not sure you were....

SleepyFloyd7: WON'T SOMEONE THINK OF THE RALLY BABY! 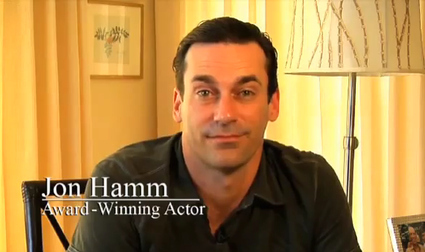 And since I've already become a roundtable downer, I'll pass along this tidbit, too:

The Beef: So the terrible tragedy of this aside for a moment...but I found this to be exceedingly strange

"Seau is the eighth member of the Chargers 1994 Super Bowl team to pass."

The Beef: Yeah...I am new to the scroll feature on my mouse and keyboard

ghtd36: Hey, did you guys hear that Seau is the eight member of the '94 Chargers to die?

ZouDave: What I heard was that there was 7 others of the 1994 Chargers that died before Seau.

Bill C.: I just watched that for at least 60 straight seconds. I am now obsessed with the kid in the orange shirt behind him. WHAT'S YOUR STORY, KID IN ORANGE SHIRT?

D-Sing: Not trying to be a ghoul, but since I had a few minutes, I decided to look at the 8 Chargers and see what their causes of death were:

The Beef: Seriously though..you think that team sold their collective soul to get to a Super Bowl? Seems like it from that strange list.

ghtd36: Also, to bring the room back up again: good on you, Tampa Bay Bucs.