The Faurot Field Turf Is All But Finished

Share All sharing options for: The Faurot Field Turf Is All But Finished 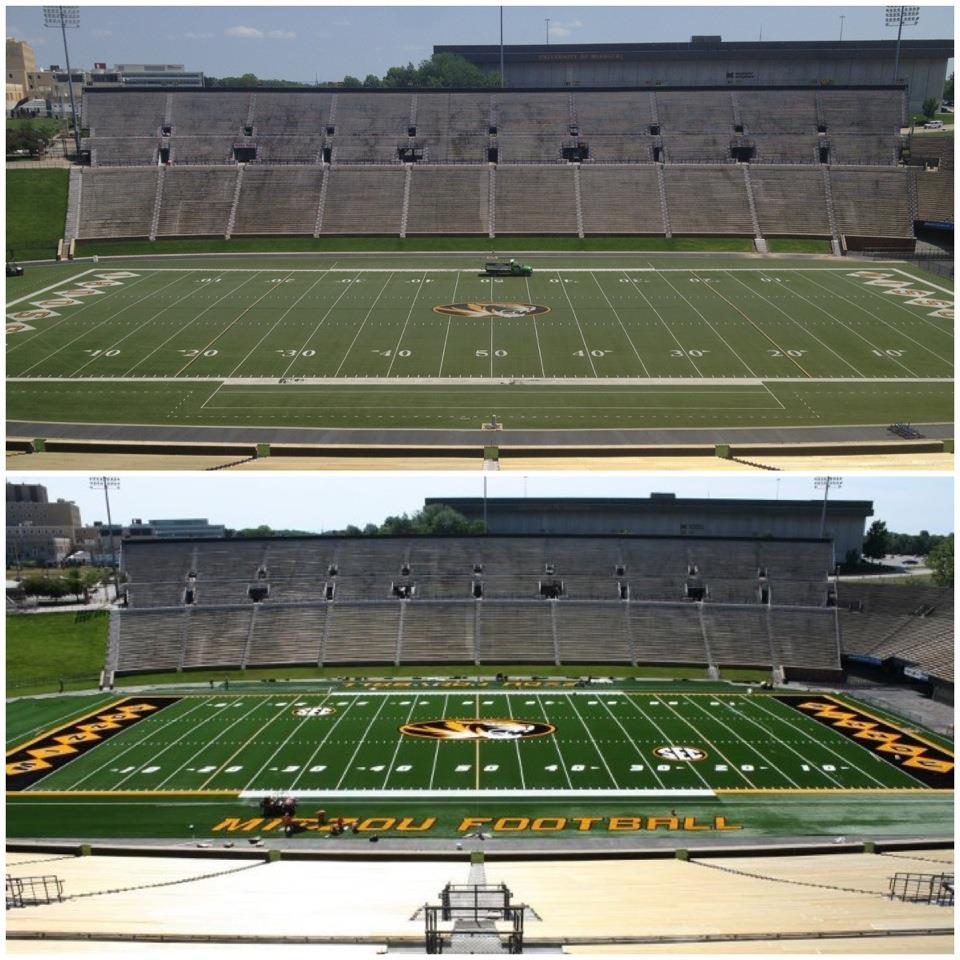 Based on what we heard about the new turf before it was officially unrolled, I was a little concerned about the end zones and borders. It will take me a while to get used to the new font in the end zone diamonds, but all I am pretty damn pleased with this. I love that they didn't make the Tiger logo too big at midfield, I (obviously) love the SEC logos, and the "Mizzou Football" on the sidelines are solid.

Your turn: thoughts? Things that particularly impress or annoy you?