You know you're a Missouri fan when...

...a commitment from a random, unranked, unheard of Texas defensive end excites you as much as one from a high-three-star recruit.

Mizzou scored a commitment from Marcus Loud, a 6-foot-4, 235-pounder from Houston Wheatley, sight unseen; as I clicked on his profile, I found myself hoping for two things: either a four-star rating (and since I hadn't heard of him, I assumed that was not the case), no rating whatsoever. It was the latter. There is no film of Loud on YouTube or Rivals.com, only some decent offers (Texas Tech, Colorado) and another out-of-nowhere Texan. Loud has solid size for a high school end, though obviously that's the only judgment we can make of him until some film emerges. (Well, that and his name is fantastic.)

Based on the distribution of offers, I would expect the final nine to 12 spots in this class to focus on 1-2 more defensive tackles and at least one more receiver/tight end (two if Moore goes elsewhere), defensive end and defensive back. Beyond that, I think the focus shifts more toward "best available."

There were a lot of fun tidbits emerging from yesterday's SEC Meetings in Destin, FL, but only one piece of information truly matters in the present tense: James Franklin's recovery is ahead of schedule. We haven't talked a ton about it, but Mizzou's ceiling gets lowered quite a bit if Franklin isn't healthy in 2012.

Beyond that, however, yesterday was pretty fun and informative. We're one step closer to getting to fully hate Arkansas, and we might get to have a fun "THE NEW PHONE BOOKS SCHEDULES ARE HERE!" live thread on Friday.

Mike Anderson on facing #Mizzou in #SEC, says media will add drama to it but has makings of a good rivalry

(By the way, you definitely want to read the Alden-on-SEC article after the jump.) 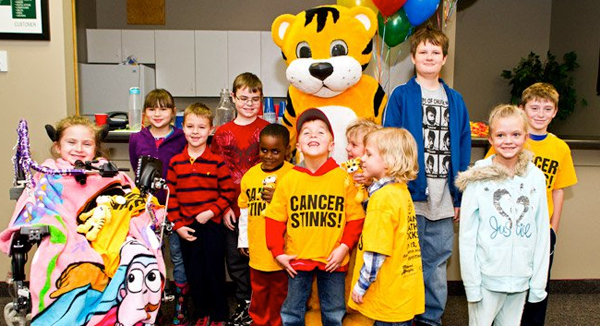 Donate to the Stubble Drive because cancer stinks!