The Rafters, Class of 2012: Marcus Denmon

Share All sharing options for: The Rafters, Class of 2012: Marcus Denmon 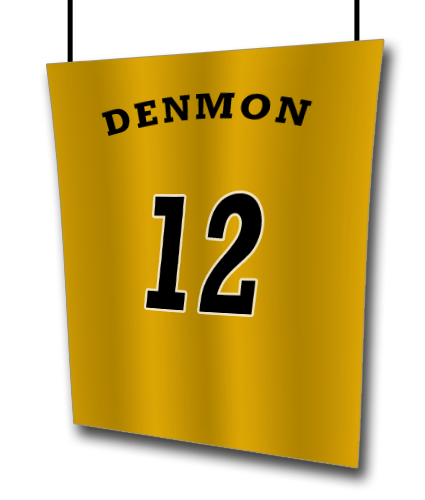 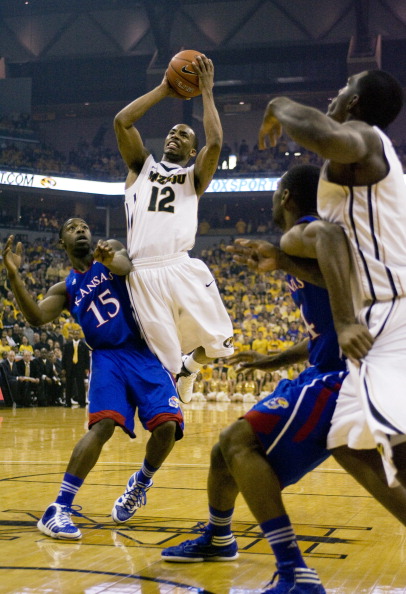 For four years, Marcus Denmon was whatever Missouri needed him to be. A defensive specialist during Missouri's 2008-09 run, Denmon averaged nearly a steal per game in minimal minutes. A 3-point specialist in 2009-10, he nailed 41 percent of his long-range shots and threw in defense and three rebounds per game. And in two years as his team's heart and soul, he averaged 17 points per game in 2010-11 and 18 points per game in 2011-12. He played hurt, he finished in traffic, he made 42 percent of his 3-pointers over his last two seasons, and he mastered the art of The Moment, especially at Mizzou Arena, where his steal and and-one against Vanderbilt won a key game early in his junior season, and where he nearly blew the roof off with his nine points in 60 seconds late against Kansas. From March:

As difficult as 2010-11 was for everyone associated with the Missouri basketball program, it was doubly hard for Marcus Denmon, who had to deal with excruciating personal loss (the shooting death of his cousin) for virtually the entire season. We almost know less about Denmon's story than we do about anybody else's in this storied class. All we know is, life has occasionally been quite difficult for this senior from Kansas City, and life has been infinitely more rewarding for all Missouri fans because he chose to play his college ball here. He doesn't speak, and he rarely smiles; all he does is score, hit the ground, and, quite simply, lead. His legacy was already undeniable before he scored nine points in a minute against Kansas, and before he all but gave Mizzou a Kansas sweep in Lawrence. This team is great because it doesn't need him to come up big in every game, but when they have needed Marcus to come through, he has.