This is the second in a (mumblemumble)-part series highlighting five things you may not know about Mizzou’s new conference bunkmates. Please keep in mind that while everything below is true, it’s meant in jest.

1) The University of Mississippi is the state of Mississippi’s flagship university, located in Oxford. One thing I learned right off the bat about Ole Miss is that it is surprisingly diverse; 19% of all students are minorities (that’s right at about the same level as Mizzou, I know you were wondering) and there are students at Ole Miss from an astonishing sixty-six countries. Because I know when I want the global community to get a taste of America, I want to send them to Mississippi, and especially to a school with a pro-slavery mascot.

Speaking of the Civil War, Ole Miss (which was founded in 1844) played an important role in it. When the south seceded from the north – such a well-thought-out strategy, let me tell you – the university was basically brought to a halt. The entire student body and many of the faculty signed up for the Confederate Army, forming Company A of the 11th Mississippi Infantry. They even had a nickname, the University Greys. Aw. Look at them with their jerseys.

Company A, which took part in the Battle of Gettysburg among other famous battles, suffered a 100% casualty rate in the Civil War. A ONE HUNDRED PERCENT CASUALTY RATE. As in THEY ALL DIED OR WERE WOUNDED. EVERY ONE OF THEM.

In an unrelated note, if Missouri’s ever going to pick a war with someone, let’s make it Ole Miss. The syllabus of their Learning To Fight In War class looks pretty meager. 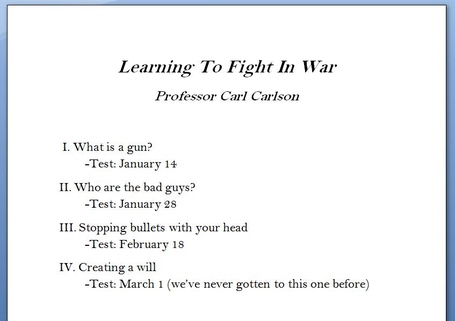 The name "Ole Miss" came about in 1897, when the school’s student yearbook was first published. The book didn’t have a name, so the student body had a contest to come up with one. One of the students, Elma Meek (no relation to this guy), submitted "Ole Miss", and it stuck, not just on the yearbook but on the university.

This is a dangerous precedent, you guys. If we start nicknaming schools after things we put in a yearbook…well, there can only be so many I’m Going To Miss You So Much This Summer, You’re My BFF, Love Crystal Colleges. And don’t get me started with I Love You And We Will Be Together Forever University.

3) And now, ghtd36 Unfairly Captions Photos From The School’s Website. 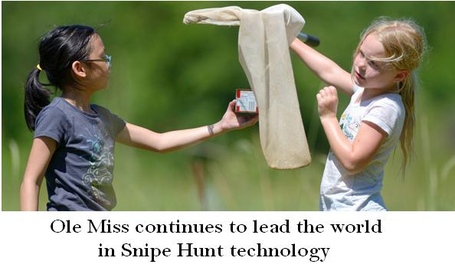 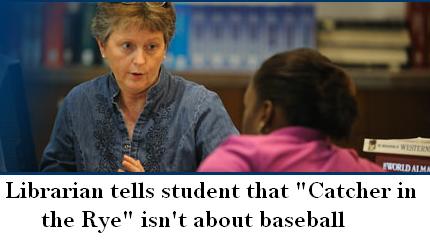 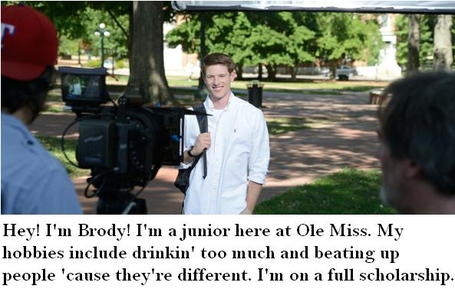 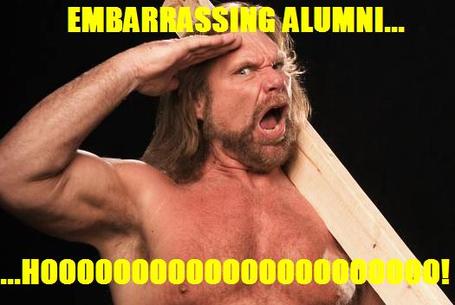 DUDE WHAT THE HELL JOHN GRISHAM YOU CAN’T ATTEND EVERY SEC UNIVERSITY THAT’S NOT FAIR.

Awww, the guy from The Blind Side. It’s like if Mizzou had produced the old man from Up. No. NO. DON’T PLAY THE MUSIC NOOOOOOOO and now I’m sobbing.

That would not be a problem on the Ole Miss campus, as the official speed limit on campus is 18 miles per hour. Why the super-specific 18 miles per hour? Because that was Archie Manning’s jersey number. I’m not kidding you. They let football players’ jerseys determine traffic laws.

They tried the same thing at Tennessee, this to honor Hall of Fame defensive lineman Reggie White. It didn’t end well. 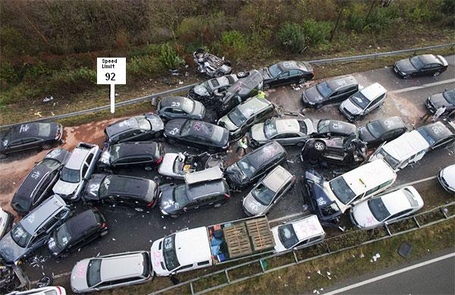 Tune in next week for another edition of Better Know an Opponent!