Mizzou Moves To The SEC: Tigers Take Down The Bear

Share All sharing options for: Mizzou Moves To The SEC: Tigers Take Down The Bear 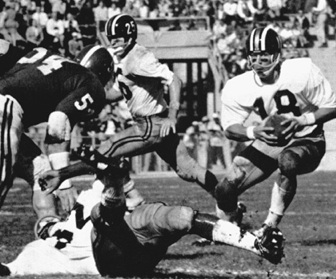 Images Via The Savitar

For this piece, I enlisted a special guest: my father.

I was fortunate enough to attend two of Mizzou's victories over Alabama in 1968 and in 1975.

In 1968 I was a Marine Corps 1st Lieutenant who returned from Vietnam in August of 1968, got married in late August and moved to my next duty station at Camp LeJeune, North Carolina. I should be clear here: I am an alum of what is now Missouri State, but I have been a Tiger fan since seeing my first game in 1958. My wife is an MU alum (Theta, class of '68) so we shared our Tiger fandom.

When we found out Missouri would be playing in the Gator Bowl, I volunteered to be Officer of the Day for the base in return for a 48-hour pass so we could attend the game. I'm not sure if I wrote MU or the Gator Bowl for tickets (this was way before the electronic age), but we got them and drove from the base to Jacksonville, Florida, for the game.

My wife had an MU cowboy hat and wore it proudly to a restaurant the night before the game. We were immediately accosted by an inebriated Alabama fan who assured us we were about to absorb the ass kicking of our lives. Marines are civilized and do not slap drunks silly every time one tries to abuse us, so I let it pass, only telling him that we (the TIgers) would show up and hopefully give them a game.

The game itself was truly a thing of beauty. I can only compare it to the win over Oklahoma in 2010. I know we did not complete a pass, and I'm not sure we even threw one. Unfortunately I did not see the fan from the restaurant again, so I was unable to shove the 35-10 score up his ass. 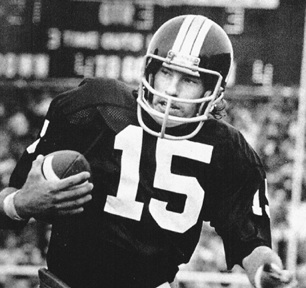 We made some good friends in the Marine Corps, a couple from Montgomery, Alabama, that are still our good friends today. They are Auburn people and think of Bama like we abhor kU. We were all out of the Corps by then, but when we found out about the Alabama game in Birmingham in 1975, we decided this would be a great time to get together. We flew to Montgomery a couple of days before the game, and our friends (the Elliots) had a party for us. We again suffered the taunts of the Bama fans, but they were just talking smack and it was all in good fun. It was a night game, so we drove up to Birmingham the morning of the game and stayed at a motel there which provided us a bus ride to the game. We again endured the chatter about how we were going to die. I reminded them of the Gator Bowl and was assured this would be a different game.

It wasn't. Missouri simply beat their ass. It was almost as much fun as the kU game in 2007. The Elliots enjoyed it almost as much as we did. When we got back on the bus to the motel, it was a sad looking bunch, and I announced I would be the quietest winner they had ever witnessed. The entire bus could not have been more gracious and complimentary. That's when I really came to believe in Southern Hospitality.

As a side note, when counting back, I believe that was the night my son, Zou Dave was conceived. So all things considered, a great weekend. I have raised him correctly, that is to live and die with Tiger football. Though not an alum, I am a Tiger in my heart and ZD and I are season ticket holders and look forward to joining the SEC.

(I thought maybe I was a Tiger good luck charm against Alabama until we played them in Columbia a few years later but they rolled us. My wife wasn't with me, Maybe she was the charm.)