Mythbusting The SEC: What Does It Mean For Mizzou?

Share All sharing options for: Mythbusting The SEC: What Does It Mean For Mizzou?

Summary: What does it mean for Mizzou?

The SEC overall does appear to have some very real advantages. However, the top teams in the SEC appear to have only slight advantages over the top teams in the Big 12. If Mizzou can expect to compete with Oklahoma and Texas, we should expect no less in the SEC. However, Mizzou can expect to find more teams with the talent of Oklahoma and Texas in the SEC, so getting lucky once in a while won’t cut it. 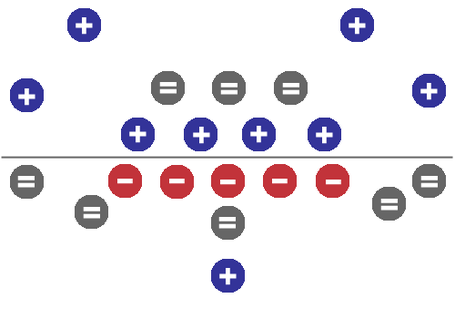 From a matchup standpoint, I think most interesting is the linebackers position. If teams are unwilling or unable to matchup with nickel and dime defenses to our four- and five-wide sets (made more difficult by no huddle) then we should be able to continue to find mismatches with linebackers on slot receivers. That’s good because we can expect to find more elite D-backs guarding our top receiver, and more press man coverage forcing us to beat them with speed and good route running.

Lastly, better pass rushes will shorten the amount of time to throw against the top 6 or 7 teams in the conference. I don’t think that’s too big since we don’t hold it long anyway, BUT it could be huge if those D-Linemen pressure us heavily without blitzing, letting them put all those athletes to guard our receivers in space. That’s how Oklahoma in 2007 and Nebraska in 2009/2010 beat us despite our receiver talent. Year over year, this is probably the key matchup to watch. Can opponents pressure us without blitzing with their down linemen?

Mizzou will need to take full advantage of scheme, recruit personnel suited for its system and continue to develop underrated players to stay afloat in this conference. But what’s also clear is that recruiting will have to be quite strong to compete here. You can no longer feast on KU, KSU, ISU, Colorado and Baylor and four weak non-conference patsies and call it a 10-win season with a bowl win. That kind of season will get you seven or eight wins in the SEC. Nor can you expect to beat up on such teams and then hope for a puncher’s chance get into and win the conference championship game. There are too many good teams to win championships with one lucky game. There are more top teams, and Mizzou must show it can regularly compete to stay strong in this conference.

All that said, I feel really good about Mizzou’s chances. I think we’ll be very competitive in the middle tier of teams, and when the right playmakers come together, we’ll have a chance to be special.