Share All sharing options for: Better Know An Opponent: LSU

This is the third in a (mumblemumble)-part series highlighting five things you may not know about Mizzou’s new conference bunkmates. Please keep in mind that while everything below is true, it’s meant in jest.

1) LSU is a lie. That’s right, I said it: the name "LSU" is a bald-faced lie. It is not the state university of Louisiana. Instead, it is, officially, Louisiana State University and Agricultural and Mechanical College. It is LSU A&M. So, right off the bat, we can’t trust LSU. They’re not even forthcoming with their own name. That’d be like if I came up to you and said, "Hey, my name is Walter," only my name is not Walter, and yet here I am, starting our relationship with an untruth. Would you trust anything else that came out of my mouth? Damn right you wouldn’t. Do not trust LSU.

Anyways, like most things pertaining to the SEC, much of the history of LSU is linked to the Civil War (pro tip: they were on the side that lost). The university is basically an amalgamation (triple word score) of a variety of different land grants, starting with the Louisiana State Seminary of Learning and Military Academy. It’s still very much steeped in its military tradition.

So much so, that it’s got a nickname: "The Ole War Skule."

Not a typo. "The Ole War Skule." Go ahead and go to OleWarSkule.lsu.edu. It’s an officially recognized name.

Which probably helps to explain the map of their campus. 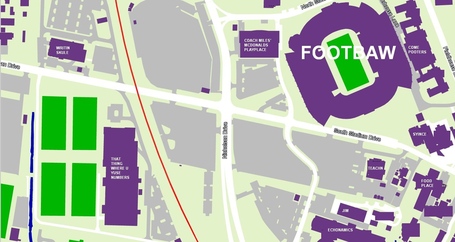 2) This is an unconfirmed statistic, so take it with a grain of salt, but I’m pretty sure that LSU leads the nation in grisly on-campus axe murders of professors.

Back in 1925, professor Oscar B. Turner, who taught Agronomy (the study of the Aggro Crag) at LSU, was minding his own business when he heroically stopped an axe with his face, head and throat. Or something like that.

The details are especially gruesome.

The murderer apparently had struck first from behind his victim, and one blow had crushed the skull. Another cut through his mouth and several others laid open the throat.

Yes, Professor Turner was murdered in the Agronomy building by an axe-wielding madman. In steps the Baton Rouge PD, who have a number of clues at their disposal: the murder weapon, a bloody handprint on the handle of the murder weapon, 33 suspects (the 33 students in his class) and a motive (Turner was apparently searching for exam questions which had been stolen from his desk when he was murdered).

In fact, the Baton Rouge PD pretty much had this thing gift-wrapped to them, considering this little nugget:

Near the body, a bloody handkerchief was found. This bore the laundry mark of "Allen"…

Open and shut, right? Find the student named Allen – and there was one! – and arrest him for murder. But…

…but the only student with that name offered an alibi that was accepted by the police. The student said he thought Dr. Turner must have picked up one of his handkerchiefs by mistake.

Yep. They have all the clues, and all Allen has to do is say "Uh, wasn’t me" and they let him off. 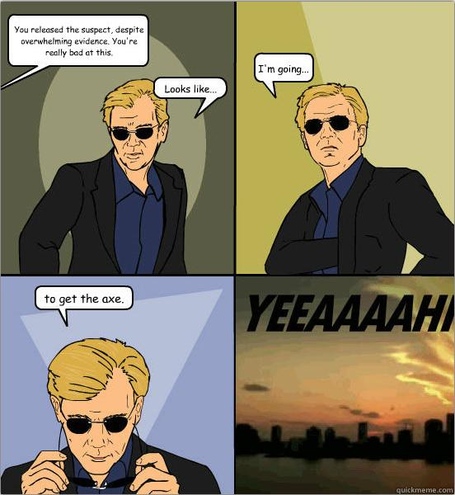 3) Time for "ghtd36 Unfairly Captions Photos From The School Website!" 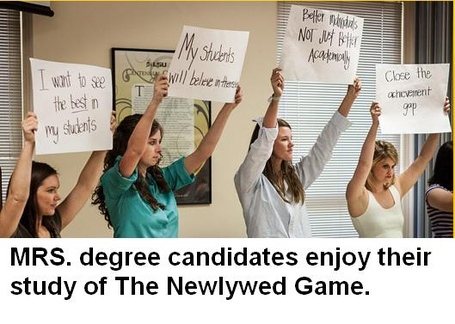 Dr. James Andrews, whom Lions running back Kevin Smith once called "the Jay-Z of the surgery world." It should be noted that Kevin Smith never fully recovered from his injuries.

Abel Pacheco, the former President of Costa Rica. Bet you didn’t know Costa Rica had a president. This is primarily an educational series.

Hey, look at me, I want attention.

5) One of LSU’s great traditions is their mascot, Mike the Tiger. Aside from having a pretty silly name for a tiger, the fact that they have a live tiger – and have since 1936 – is pretty awesome. But the way they treat these tigers is borderline astonishing.

Many people attribute this special treatment of the tiger to the powerful Tiger Lobby in the Louisiana senate. They can be quite convincing, I hear. 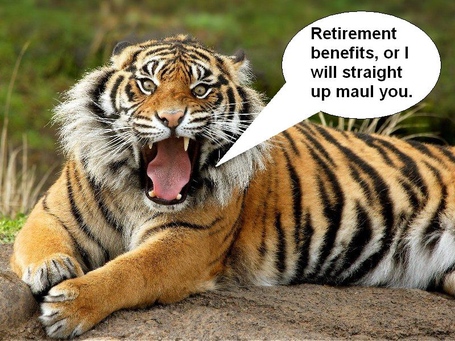 Tune in next week for another edition of Better Know An Opponent!