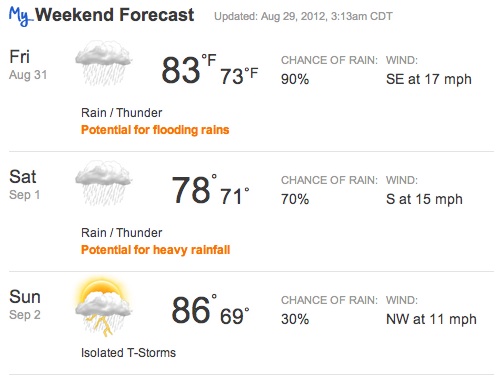 First things first, however: good luck to those in the path of Hurricane Isaac, and safe travels to the folks from SE Louisiana coming up here. Not fun.

Due to #Isaac Southeastern will be closed for classes the remainder of the week. Classes will resume on Sept. 4 after Labor Day