I'm going to be throwing a few posts up throughout the day here, but we'll start with a more general piece. Mizzou won, 62-10, last night, and when that's the case there will be few complaints. And in the end, I guess this was the best-case scenario for Gary Pinkel in these games: Nobody got seriously hurt (I see that Will Ebner left with a stinger, but that was it as far as I could tell), your team won easily, and you have plenty to complain about in practice.

A couple of general thoughts before the linkage:

When You Ease Off The Gas Pedal...

I was far from an amazing high school tennis player, but I wasn't bad. I made State every year but never placed there, if that gives you any idea. My sophomore year, however, I was part of a doubles loss that still baffles me. My partner and I were playing a team that had no business being on the same court as us. We were infinitely more skilled than they were, and remember: we weren't incredibly skilled. We were up 6-1, 4-1 and absolutely cruising. We were both at the net, and our opponents hit a lob; my partner, sensing opportunity, attempted one of those between-the-legs-while-retreating shots we've seen the pros make so many times. He hit the ball nowhere near our opponents, and he went down like he was lassoed. We laughed about it for about 45 seconds, kept snickering about it for a few more points ... and lost, 1-6, 6-4, 6-1.

When you lose focus in the middle of a competition, it is really, really difficult to get it back. And as strange as it sounds in discussing a 52-point win, we saw quite a bit of that last night at Faurot Field. Mizzou scored four touchdowns in 3:49 in the first quarter -- James Franklin found T.J. Moe for a two-yard touchdown, Zaviar Gooden pulled off a pick six two plays later, Kendial Lawrence ripped off a 76-yard touchdown run after a SE Louisiana punt, and Kony Ealy decapitated SE Louisiana quarterback Nathan Stanley on the next play, setting up an easy Michael Sam fumble return touchdown. It was swift, devastating, and really, really easy. And Mizzou wouldn't score again for 23 minutes. The play-calling reverted to base play after base play, the blocking slacked, the rain came, and the offense completely lost its focus. It is pretty excusable in this instance -- for all intents and purposes, the game was over eight minutes in -- but it was still frustrating, if simply because it wasted an opportunity for the offense to execute in a sharp manner.

...James Franklin completed 62 percent of his passes, Kendial Lawrence and Marcus Murphy combined for 153 yards in just 15 carries, Dorial Green-Beckham made a nice, tidy debut, and aside from one ridiculous, penalty-heavy drive, the defense looked fantastic. Mizzou allowed 145 yards in 55 plays (2.6 per play) until the third-stringers allowed 78 yards on a 13-play touchdown drive late in the game. It was frustrating watching the offense stagnate, but again, it was a 52-point win. 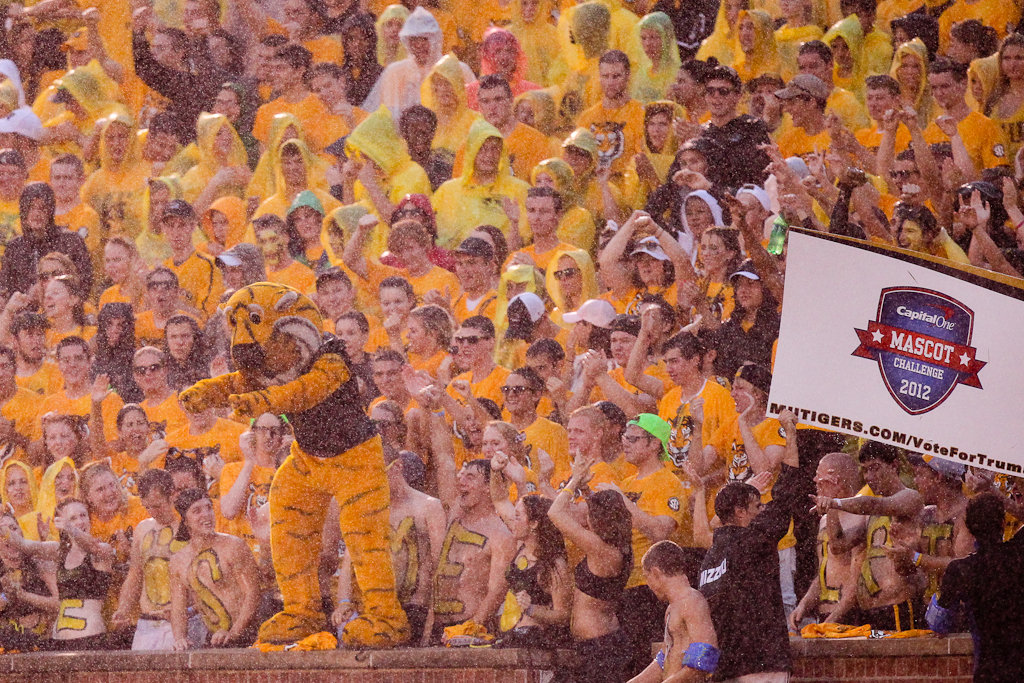