The Missouri defense looks pretty damn mean this year, that much we can say for sure. That was a mostly good thing in Saturday night's 62-10 win over SE Louisiana, but we did get an opportunity to see some of the negative effects of individual aggressiveness and, in players like Sheldon Richardson and Kony Ealy, attitude.

That's two turnovers (returned for touchdowns), two incomplete passes, two negative rushes, two procedure penalties, seven net yards and a 28-0 Mizzou lead. It is difficult to imagine a better start for the Mizzou defense, other than the 10-yard pass, I guess.

Dave Steckel didn't have to waste too much creativity in this one. Mizzou's defense had SE Louisiana significantly outmanned, and the base defense sufficed just fine. SE Louisiana found some minor success in sideline-to-sideline passing later in the game, but Mizzou is always going to allow that when they have a big lead. Overall, the Lions just had no hope of moving the ball the length of the field without some help.

Of course, help is exactly what Mizzou gave them on the final drive of the first half. The downside of general meanness is that it can draw penalties from time to time, and that drive was rather ridiculous in this regard. First, Sheldon Richardson was flagged for a personal foul after a third-and-12 pass fell incomplete; we never saw what happened on the replay, but we know that if it was a roughing-the-passer penalty, he hit the quarterback a long time after the pass was thrown. Mizzou quickly forced another third-and-9, but Brad Madison jumped offside, and SE Louisiana converted a far easier third-and-4 with a short pass to Stanley Moore that turned into a 21-yard gain after Randy Ponder missed a tackle. Two plays later, Kony Ealy was flagged for a personal foul of his own.

In all, SE Louisiana gained 45 yards in eight plays (easily their best gains of the day until the third-stringers came in), but they advanced into field goal range thanks to three penalties (two on third downs) for 29 yards.

As strange as it may sound at first, defensive penalties are, as a whole, barely correlated to wins and losses. Committing defensive penalties is quite often a sign of a high level of aggressiveness; that aggressiveness often pays off enough to more than offset the penalties. Individual penalties can be costly in specific moments (and in this case, the sudden frequency of the penalties gave SE Louisiana three points), but in all it almost seems like you want to encourage this type of mindset. (See: 1970s Oakland Raiders.) In allowing just 145 yards over SE Louisiana's first 55 plays (100 in 47 plays outside of this one drive), Mizzou's defense more than did its job. The defensive tackles played well, the ends were devastating at times, and the linebackers didn't miss a tackle that I can remember. It was a lovely effort. Gary Pinkel will talk about the penalties all week, of course, but I think even he knows that when you give up a little ground in this regard, you gain a lot over the course of 60 minutes. 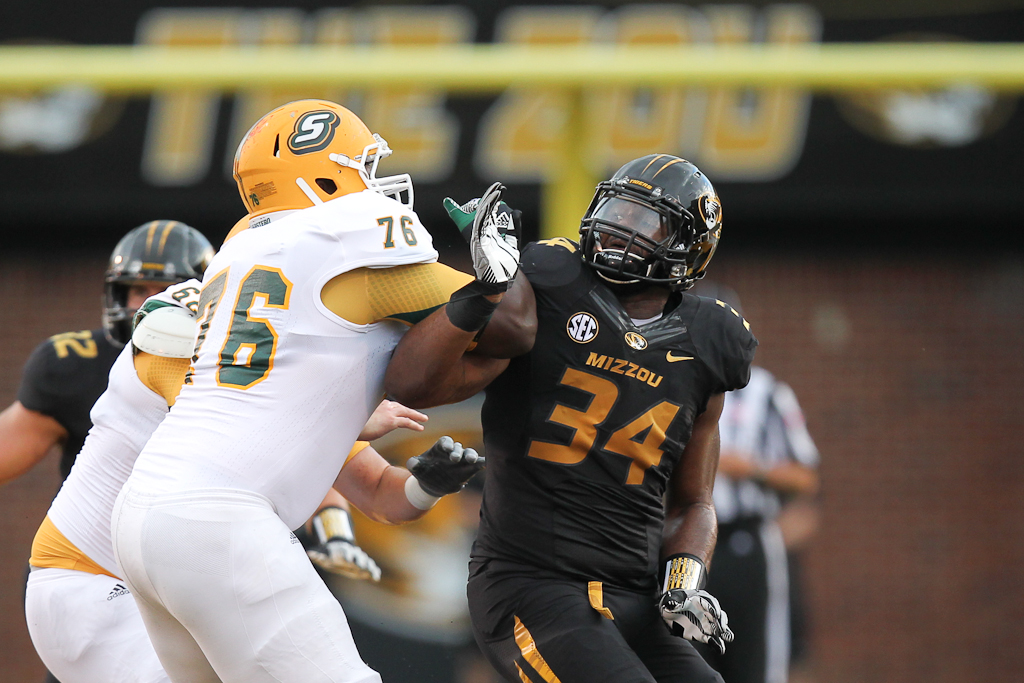 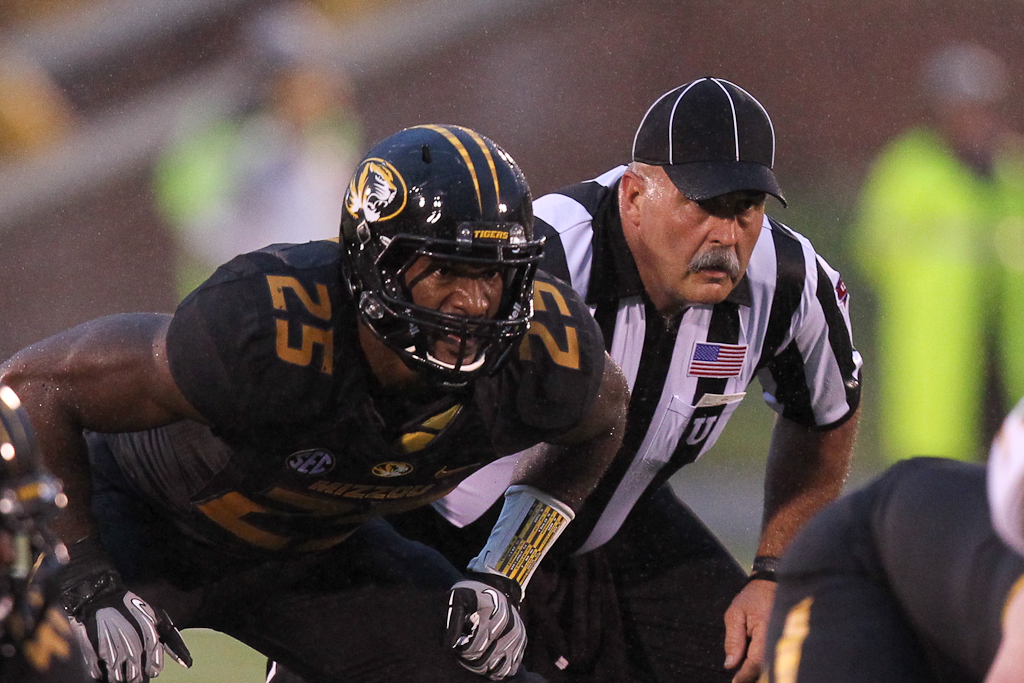 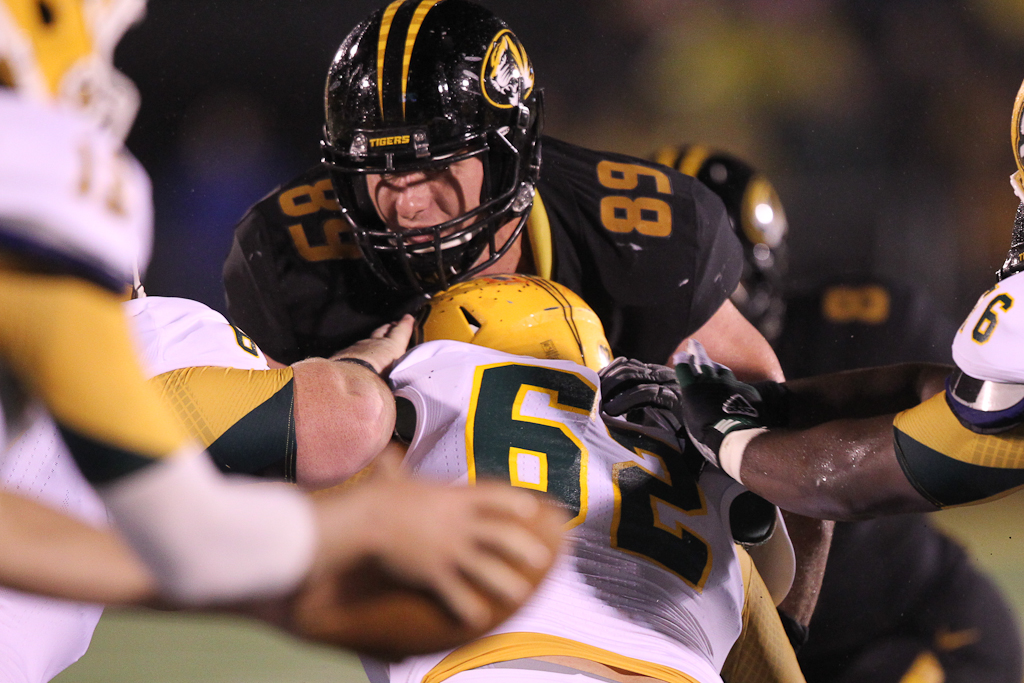