Share All sharing options for: SB Nation United Is Coming 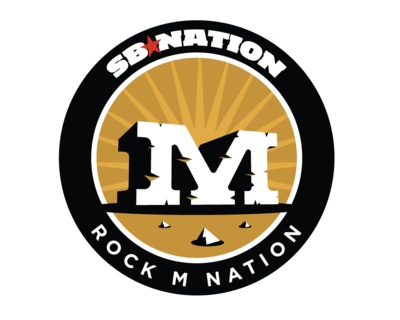 Five years ago at this time, two bloggers who went by The Boy and rptgwb were preparing to merge their respective Missouri blogs at a network known as SB Nation. We had decided on a decent name and were still working out what we felt was best for the logo, but it was exciting. Under the SBN umbrella, we were excited to see our hits improve to over 400 per day in November during Mizzou's run to the No. 1 ranking. A year later, it was 1,000 per day. The growth has continued (for the site, and for me, personally) throughout the last four years. Meanwhile, SBN itself has done some incredible things. Obviously SBnation.com now exists, as does SBN's YouTube page. The next step in the network's growth will be the SB Nation United project, which we will see unveiled over the next month or so. It's big. It represents a significant upgrade to the SBN (and RMN) editorial process, and the first taste of the change is the new logo above.

Here are some words from SBN's founder, Tyler Blezinski:

This is a small, but important sample of what is coming when our network undergoes its most exciting and radical transformation in the eight-year history of the company. A new visual identity here and across the network is only one step we are taking to unite our network of sites. United through individuality is the underlying theme of this project. You’ll notice that our team colors and the unique spirit of our individual community is maintained while making it clear to sports fans that each site is a part of the larger SB Nation network. We want everyone to know that they can find the same type of great writing, video and conversation that we offer here on all of our 350 plus sites. You can browse through all the new logos on a special page we put together at sbnation.com/united.

Our commitment to passionately follow our sports will never end. It’s what makes SB Nation a special place and that will only be enhanced by these new changes. In the meantime we’re setting up additions to our store so you can be sporting the latest and greatest before it even launches. Welcome to our future.

This is going to be fun. Now back to your regularly scheduled handwringing about Georgia.