They Supposed to be SEC: Week 13 Instant Reactions from the SEC East

As the season progresses, some people are still playing football and some are moving on to basketball, so I'm including some of those links.

Share All sharing options for: They Supposed to be SEC: Week 13 Instant Reactions from the SEC East

Matthews set the SEC All-Time record for career receptions in the win, breaking Earl Bennett's mark. Matthews had 13 catches for 133 yards for the night.

Murray, already limping, left the game for good a few moments before halftime after torquing his knee during a hit by Wildcat defensive lineman Za'Darius Smith. At this time all we know is that he went to St. Mary's Hospital in Athens for an MRI. That's not good at all, and is often an indication that doctors suspect ligament damage. If that's the case, then it's further proof that a voodoo priestess put a hex on a doll of a Georgia football player who the voodoo gods couldn't identify. So this season they've simply chosen to smite everyone on the whole damned team. Sterling Bailey by the way, who has shown real promise this season, was in a walking boot after the game. Yeah. What more can you say?

As for the stats, well, it's obvious that without the playmakers the Gators so desperately need they were over-matched by a Eagles team that was operating a triple option attack. The Eagles attempted three passes all game and never completed one. They did run through the Gators' defense, though, to the tune of 429 yards. That includes the dropped snap on a punt that resulted in a loss of over 20 yards.

How should we react to Jameis Winston's investigation for alleged rape? - Alligator Army

Florida State quarterback Jameis Winston's alleged rape gives opposing fans opportunities to speculate and joke. And those fans, Gators included, should take none of those opportunities.

South Carolina rolled something called "Coastal Carolina" 70-10.
Boy, all that "cupcake" talk from some SEC folk seems to work out for them as they're just drafting behind us in the race to the SEC Championship.
Kentucky Wildcats Basketball Five Game Stretch: Part 1 - A Sea Of Blue

Interesting Stats of the Game- Kentucky's free throw shooting and three point shooting improved. They shot 31.8% from the three and 68.4% from the charity stripe. They had 51 rebounds to the Norse's 23 (That's just ridiculous). The Norse almost outscored the ‘Cats in the second half, scoring 41 to UK's 45.

Let's face it, Wildcat fans; this coaching staff is protecting its better players behind a redshirt, and has absolutely no intention whatever of burning any of them. To be fair, that is probably wise, even if it seems a touch cold-blooded and subjects us to merciless beat-downs like this. But to be fair, Kentucky was uncompetitive because they didn't play hard enough. Georgia played harder, and thus the embarrassing score.

Missouri Tigers at Ole Miss Rebels OPEN THREAD - Red Cup Rebellion
I was going to post a comment from their thread but really, I just want to be done with them. "Sore Winners" or whatever they want to say, I'm sick and tired of 95% of their trolletariat so I'll just leave them with this:

Defense:
Bless their hearts, they just got out manned. Despite all of the false starts by the LSU OLine, the simple truth is that we are not big enough, fast enough or strong enough to compete with top tier offensive lines. It's a cliche but the game is won and lost on the lines and our defensive line is just not good enough...yet. Give them time and give them some players, and we'll get there hopefully. Mettenberger legitimately could have learned a new foreign language with as much time as he had to throw the ball downfield. 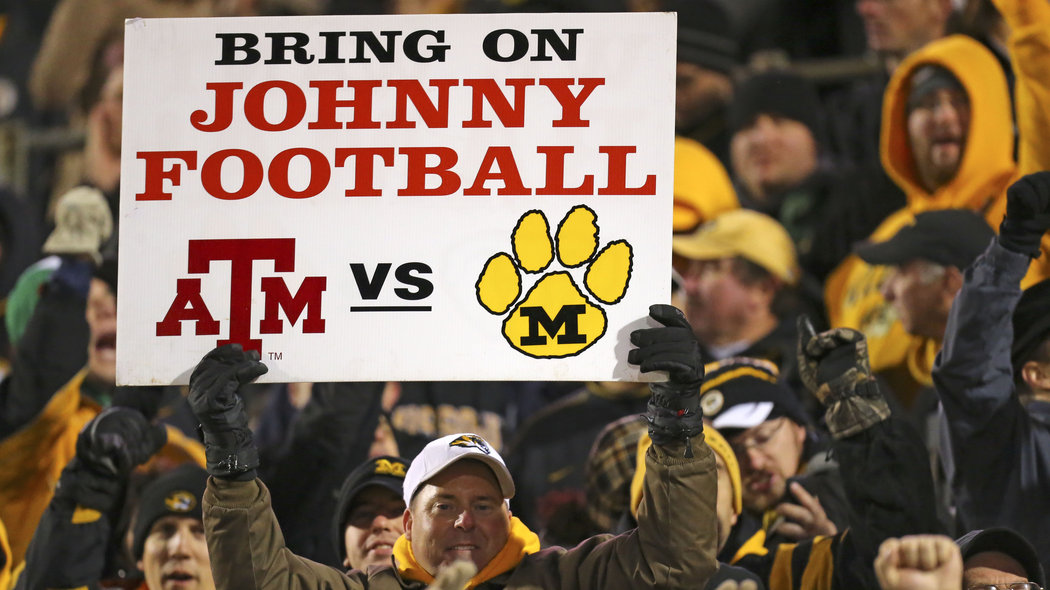