Twas the day after Christmas, and in Rock M Nation, all the gifts had been opened, with much jubilation. The presents were sent 'round the country by post, with hopes that recipients would like them the most.

The Missouri Tigers were very generous to their fans this Christmas season. The football and volleyball teams got together and gifted us a pair of SEC Championships, the basketball team gave us a myriad of entertaining games to watch, #Stubble gave us another successful softball season, and so much more. We received so much more than any of us asked for, and we weren't even that well-behaved. All this generosity put us in the gifting mood, so we decided to give back to the people that made our year so special.

Frank, you're a wonderful coach and an even better person. You've given us so many reasons to cheer this year, and it doesn't look like you'll be putting a stop to that any time soon. Unfortunately, you're a hard person to buy for. What do you get the coach who already has everything? A new point-guard? Nah, you've already covered that twofold. A nice home-court advantage? Nope, you've already instilled that too. Seriously, you didn't make this easy. Lucky for you though, we found the perfect present: a whole closet full of suit jackets!

We know how often you lose your jackets when you start stripping, so we gave you enough to last at least the rest of this season. Don't go wearing them all in one place!

Max, you've given us so much to cheer for this season. You're a walk-on standout on an offensive line full of standouts, you majored in physics while dedicating incredible amounts of time to making yourself a better football player, and you piss rock-and-roll. For you, we have two presents. First, we tracked down each member of Motörhead and got them to sign a framed Ace of Spades album. We know quite well how much you love that track, so the gift made all the sense in the world. Second, we got you a gift certificate for a rhinoplasty procedure at Concannon Plastic Surgery here in good ol' Columbia, Missouri. 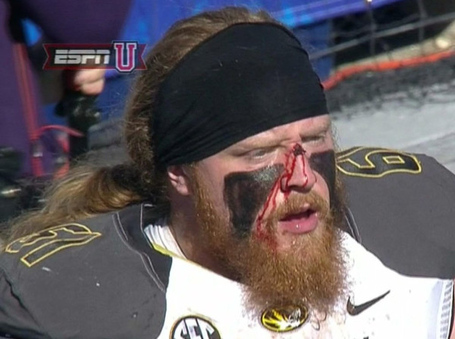 Your bloody nose has become somewhat of a staple during games, but once the season is over you're probably going to want to get that sucker fixed up. If you want to keep that baby for a while, we included the gift receipt.

Henry, you are arguably the most deserving recipient of gifts that this university has. You've cemented yourself as an all-time fan favorites in any sport by coming back from one of the most horrific injuries I've ever seen. You're an inspiration to us all. It took all the willpower that we had not to buy you everything in the store just because. Instead of doing that, we asked our scientists to whip up something special for you: a 1up mushroom. Since it looks like you already used up the one that you had, we wanted to give you another. Just in case, yanno? If we could give you a hundred of these and keep you carrying the rock for the Tigers forever, we would. Unfortunately the NCAA probably won't allow that, so just one will have to do.

Maty, you're quickly becoming one of the most entertaining players on the roster. You're a gunslingin', fast talkin' speedster who can throw the ball over them there mountains, and damn it if you don't like to have fun off the field too. 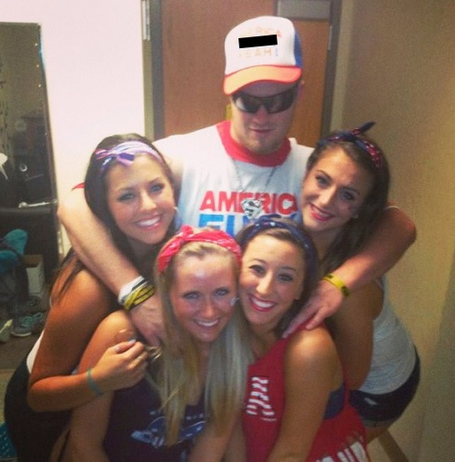 That's why we went a got you a brand-spanking new scooter! We knew you were still driving around that old, banged-up one that you've had forever, so giving you a new mode of transportation is the least we could do. Just remember, Santa will be keeping an eye on you this year for "list purposes."

We haven't heard back from any of the gift recipients yet, but it's probably safe to assume that they all loved their presents and that this was the best Christmas ever. On a more serious note, I would like to send our most heartfelt thanks to every single Tiger that had a hand in making this one of the most enjoyable sporting years I've experienced. Here's to making next year even better.