One Bracket to Rule Them All

Are you guilty of multi-bracketing? Time to reevaluate yourself, chump.

Share All sharing options for: One Bracket to Rule Them All

It's the time of year where every office in America thinks they're being cool and trendy by hosting some sort of NCAA March Madness bracket competition. Yes, it's something I participate in every year, and yes it's really fun every time I do it. When it comes down to it, the competition becomes much more than the teams on the court, it becomes a competition between basketball fans to see who was smart (lucky) enough to make the right picks. A lot of people go as far as to put money on their picks, which I never really understood, but maybe that's because I'm a Mizzou fan and I've seen too many Bucknells and Norfolk States in my young life. So this begs the question: Is it OK to fill out multiple brackets? I have a definitive answer for you, and that answer is NO. 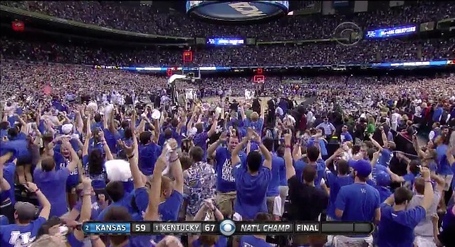 Let's look at what makes March Madness exciting. It's the one-and-done aspect of it. Anyone could be sent home in any given game. You have a ONE game season every time you take the court, and it's gonna take every little bit of effort inside you to make sure you're not the one getting back on that bus to go home. Winning the tournament is a huge accomplishment not only because of what you had to do to just get into the tournament, but the fact that you won so many games against so many good teams to do it. As a Missouri fan, I know the heart wrenching feeling of one-and-done. But that feeling is what will make winning big so much more sweet, right? Ok, since you agree, let's address this little issue you have of filling out 30 brackets every year. 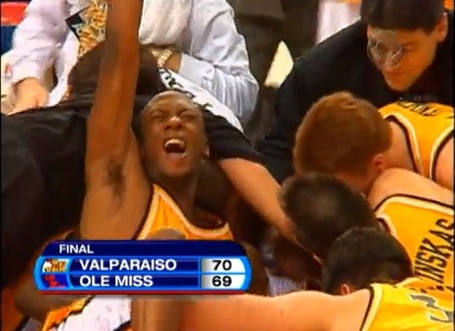 What if in the tournament, each team was given multiple chances? Yes, in Missouri, this actually sounds like a pretty awesome idea... But for the sake of some of the tournament's best moments, we can understand that it would absolutely ruin everything that we love about March. "The Shot" from Valpo wouldn't have meant a thing if it didn't eliminate Ole Miss. Bucknell over Kansas would have been quickly forgotten. George Mason over UConn? Meh. Looking at it from this point of view, it's pretty clear that filling out multiple brackets is giving yourself multiple chances, and that's a pretty cheap way to win anything. How does it make you feel that YOU'RE RUINING EVERYTHING I LOVE ABOUT MARCH YOU MULTI-BRACKET COMMIE? Yeah, I'm going as far as to say that these folks that think it makes them look like some kind of genius to get one bracket right out of 16 are exactly the kind of people I want to stay away from sports altogether. Now, I know many of you are offended right now and are defending your 70 brackets. "I just do it for fun anyway", or "This is a free country and you'll never take my brackets... 'MURICA!"... Well, to you I say BOO. I boo the man/woman who doesn't stand by a decision. I boo the man/woman/child that thinks it's OK to have a "fun" bracket, a "favorite uniform" bracket, and a "favorite mascot" bracket at the same time. Pick one, that's fine, but STAND BY IT. If you choose North Carolina A&T to win the national championship because you've never heard of them and that'd be cool, STOP THERE and don't make another bracket picking Indiana to win because you actually think they're the best team.

Multi-bracketing is ruining this country. We as Americans celebrate March Madness as much as we celebrate apple pie and stopping terrorism. If you truly love America (and yes I will assume you don't otherwise) be a Single Bracket kind of person. It's not too late for us to save this country. Now get off my lawn.