In 1964, Mizzou Baseball set an NCAA ERA record, went unbeaten in the Big 8, and reached the final game of the College World Series.

Share All sharing options for: Mizzou's Greatest, #86: 1964 Baseball and its incredible pitching staff

The 1964 Missouri Tiger Baseball pitching staff’s final team Earned Run Average was 0.65. That still stands as a record for the all-time low ERA. Not just at Missouri, but for all of NCAA Baseball.

On January 22, 2010, the 1964 Mizzou Baseball team was inducted into the Mizzou Athletics Hall of Fame. It is considered the second greatest year in Missouri Baseball History, but only due to the fact that the team came up short at the season's end, finishing as the runner-up in Omaha. The 1964 pitching squad is, without any doubt, the best ever in Missouri history, possibly one of the best in NCAA Baseball history.

A few years ago, I was sitting in Section E, Row 4, Seat 1 at Taylor Stadium during a game when a hand reached down and placed a thick spiral-bound home-made book in my lap. More than an inch thick, it contains hundreds of pages of photocopied newspaper reports, MU SID news releases and other documents and records pertaining to Missouri Baseball from 1962-65.

"A bunch of us had a reunion a while ago, and somebody spent a lot of time putting all of this together." It was former Mizzou coach Gene McArtor, who was a fireplug of a first baseman for Hi Simmons from 1961 to 1963. "I took one look and knew you’d probably want to read it cover to cover, word for word, which is more than I did. So I got an extra copy for you. Enjoy."

I’m not a big collector of memorabilia, but this one was definitely a keeper. I somehow have lucked into a small collection of 1964 MU Baseball memorabilia, including a copy of the May 1964 Missouri Alumnus magazine that features a photo of Hi Simmons on the front and a story about the team inside, plus a few original issues of Collegiate Baseball newspaper from 1964, with news briefs and stories and polls about the ’64 Tigers (and a fascinating story about a two-sport athlete at Annapolis who some thought was an even better outfielder than he was a quarterback. Roger Staubach went on to choose football.)

The following highlights from the 1964 Mizzou Baseball season come from that thick book Coach McArtor so graciously gave me, plus those other papers and magazines.

The Tigers won the last 21 straight games of the season, for a 22-3 regular season record. Mizzou beat St. Louis U in a Fifth District Playoff best 2-of-3 series, which took over a week to finish due to rain.

That CWS began on June 8th, and finished June 17th. Jack Stroud, in the video interview below, claimed the Tigers should have won the series, but rain delays stretched the series out so as to allow Minnesota’s ace, Joe Pollack, to start three games during the series, including the championship game. I’m sure that did play a role in the final outcome.

Full interview with Jack Stroud from KOMU News on Vimeo.

It’s also true that the MU pitching staff surrendered only a single earned run in that 5-1 championship game loss. Four Tiger errors, including 1 by Stroud himself, led to 4 unearned runs, the difference in the game. Those errors were not a huge surprise. While MU’s hurlers gave up only 19 earned runs in 33 games during the season, the defense allowed an additional 28 unearned runs.

Eleven players from the 1964 team were drafted by Major League organizations (7 in ’64, 2 in ’65, 2 in ’66). Only two spent any time in the major leagues: Dennis Musgraves with the New York Mets and John Sevcik with the Minnesota Twins. 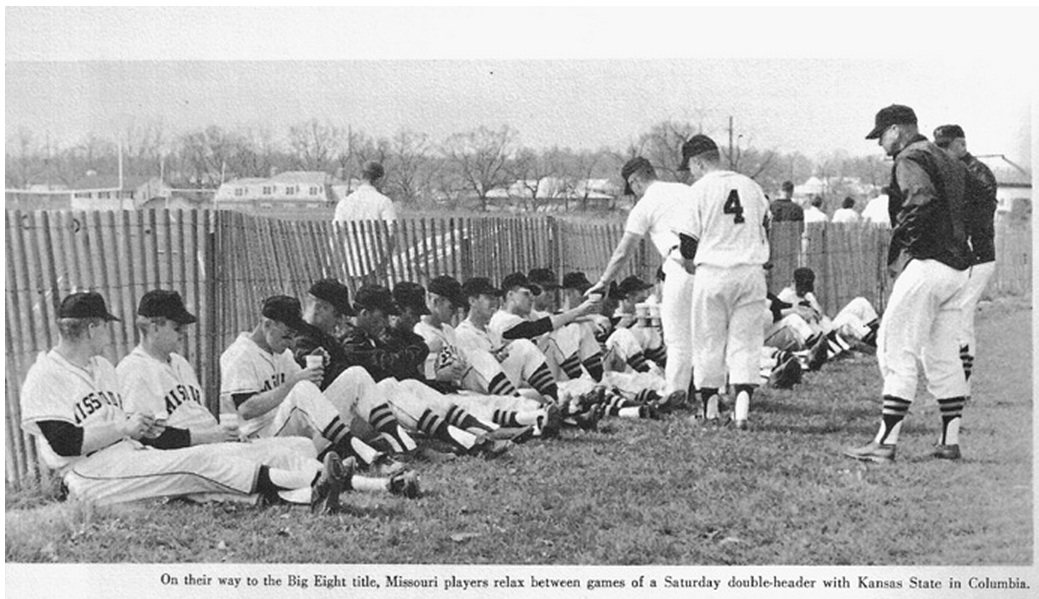