The masthead discusses SEC softball prospects, your garden & the most interesting place in the world.

1. The ladies take the field tomorrow at 4:00 p.m. in Kentucky to face Arkansas in the SEC tournament. Will they take the SEC tournament title in their first year? How is Chelsea Thomas used?
2. Gary Pinkel has turned to RMN for advice for the 2013-2014 campaign. He wants you to change ONE thing about the team. What is it?
3. How does your garden grow? What's in it & what are your expectations?
4. What is the most interesting place you have visited in your life? Why?
AlaTiger
1. No. Not enough Chelsea. She will be used every other day.2. Win3. No garden. Had my fill of that working on a veggie farm for two summers.4. Probably the multiple nuclear power plants I have visited. It is amazing how clean they are and how much power they produce from so little fuel. Also, vehicle inspections surrounded by guys with M16's.
Da Beef
My my...aren't we pushy this morning....1. I thought the game was at 3pm? I don't believe they will simply because of the lack of pitching depth. I think Coach E will have a quick hook on Chelsea in Game 1 if the bats jump out early, but this tourney is SOOOOOOOOOOOO deep that even an upset may not really help you along the way. Though this is an interesting sub-question....would you use Chelsea enough to win the SEC Tourney if you knew it would be to your ultimate detriment the following week in the NCAA tourney?2. More bubble wrap for players so they don't get hurt3. I have been trying to build a planter in my front yard for about 1.5 years. I was all about this spring, but the stupid amount of weekend rain has slowed that process down. I believe The Queen has some herbs growing in pots in the backyard, but I don't really go back there except to mow.4. I thought Hearst Castle was really interesting because of the location (not really near anything) and just how amazingly ornate it was/still is.
BST
1. They will not, I'm saying they get bounced in the Semifinals which is ok. Enough time to get Chelsea and the team a bit of rest before the NCAA's.
2. I am designated the official team meal planner/pre game speech giver. Everyone is well fed and pumped the eff up all season long and we coast to the SEC title game a hair over weight.
3. I was stupid and bought a foreclosure 4 years ago. I have been working on getting the inside to not suck so much that the outside now looks like a cow pasture mixed with a meth labs front yard. This fall I hope fo finally get it sprayed, aerated and seeded so that I at least wont be ashamed of it next year.
4. This church: it is the Our Lady of Guadalupe catholic church in Peurto Vallarta. The architecture is pretty freaking amazing by itself and the way it stand over the entire downtown area is just as awesome. 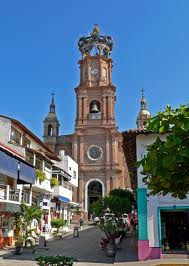 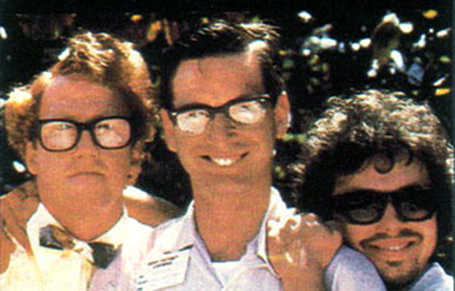