Share All sharing options for: Mizzou's Greatest, #62-61: Devin and Harry vs. Kansas

Harry Ice was the perfect complement to Missouri's running game in 1941. Mizzou unveiled the Split-T that fall, and with defenders wrong-footed by Bob Steuber's play-fakes, the speedy Ice would get to the corner and go a long, long way with the football. His per-carry averages were absolutely ludicrous. He was not the feature back by any means, but his exploits were remarkable. And he made the Wall of Excellence two years ago, basically, because of one game.

The 1941 Tigers closed out the regular phase of what well might be considered Ol' Mizzou's most impressive season ever. By walloping Kansas in the most lopsided game of the series, 45-6, they finished with an 8-1 record and a remarkable point spread -- 226 for, 39 against.

The Kansas game, played in rain that turned into snow in the second half at Lawrence, saw Ice never more slippery. The kid from Kansas City gained an astonishing [240 yards in eight carries] as Missouri rushed for 449 yards. And Ice played only 26 1/2 minutes.

Once again, the long-gainers told the story of the tremendous new "T" and the talent of the Tigers. Ice, on a 55-yard breakaway, lateraled off courteously to tackle Bob Brenton at the 2-yard line for the first touchdown ... Next, Ice ran 43 yards to score ... Steuber went 55 ... Wade 23 ... Flavin pass 50 yards to Jack Morton. 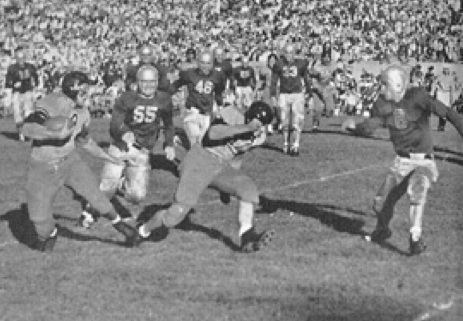 In less than half a game, Ice gained 240 yards on the ground. It's almost a shame that Kansas couldn't score a little more and keep it close enough for a longer period of time.

Ice's performance on November 22, 1941, became part of Mizzou lore. Despite the fact that you don't see many offensive records from 1941 anymore (not exactly a high-octane period in football's existence), Ice held the single-game record for almost 50 years. 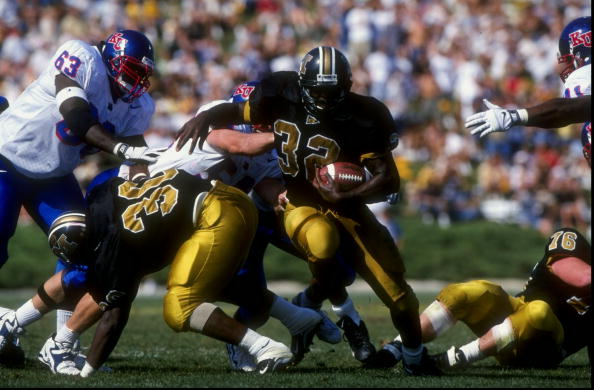 But West ran for 319. He ran left, and he ran right, but mostly he ran straight ahead, straight up the middle, straight through the heart of the Kansas defense. In almost no instance did one Kansas tackler bring him down.

Kansas kept this game close for a while, actually holding the lead midway through the third quarter; but the Jayhawks never had an answer for West, and eventually an exhausted defense gave in even more than before.

Watching this game in person added an extra variable to the experience. We didn't have yardage totals at our fingertips, so everybody in the stadium, at some point in the second half, had the same "Wait, how many freaking yards is that??" revelation. Turns out, it was quite a few.

These two incredible backs, built with completely different skill sets, would have made this list for their exploits on these two Saturdays regardless. That both of these performances took place against Kansas probably bumped them up a few spots. 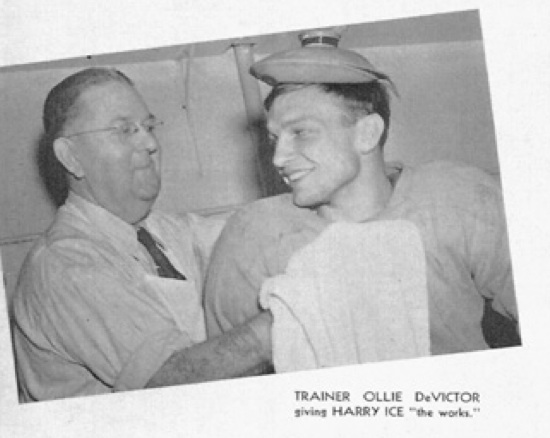