He brought one of only two national championships to Mizzou, and his career was as long as he was tall.

John "Hi" Simmoms was the head baseball coach at the University of Missouri from 1937 to 1973 -- 36 years! Simmons coaching career was capped at 481-294-3. He was also an assistant football coach under Don Faurot. From mutigers.com:

His teams won 11 conference championships and the first NCAA title in school history in 1954. In all, he led Missouri to six appearances in the NCAA College World Series in Omaha, Neb. He coached 19 All-Americans, including nine first-team choices, 25 all-district and 37 all-conference players. A former president of the American Baseball Coaches Association, Simmons was inducted into the State of Missouri Sports Hall of Fame in 1977, and is also a member of the ABCA.

His 1954 team won the College World Series through the losers bracket to win the championship game. (h/t SimmonsField). His 1964 team fell one victory short of the championship, but along the way it distingushed itself by posting what still stands as the all time lowest team ERA in NCAA history: 0.65.

The team that came one win short 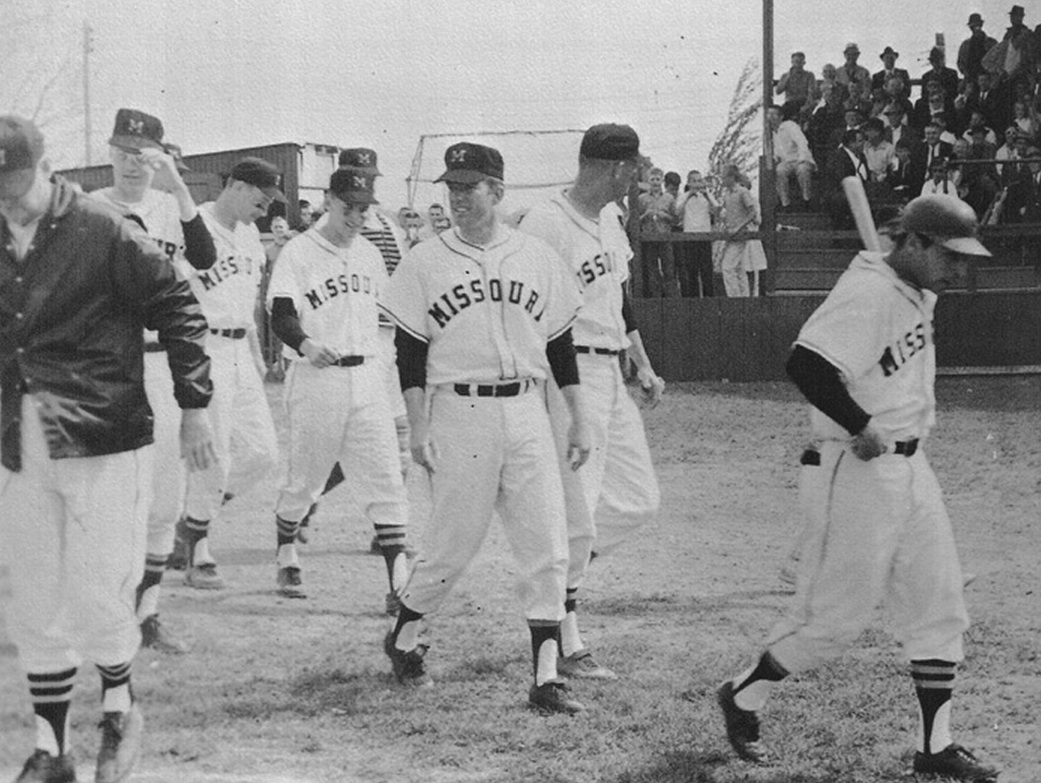 The Greatest, #82: Mizzou 1964 and its incredible pitching staff

Beyond the victories, the true legacy of Coach Simmons is his impact on building the Missouri Baseball program and on the development of College Baseball toward national attention. Much is said about key coaches in the 70s and 80s who brought NCAA Baseball into the modern age and toward greater popularity and exposure.

But those champions of the game were building on the shoulders of men like John Simmons, who slowly dragged the college game out of the shadows of being a glorified club sport into a true intercollegiate sport, from strictly regional schedules of a dozen or so games to a national schedule of 50 and 60+ games. He helped move the sport from no postseason to the beginnings of a playoff system leading to an annual dynamic College World Series.

Six total appearances in the College World Series which lead to this quip from Norm Stewart, via Columbia Tribune:

"I think he was paying taxes in Nebraska,'' said Norm Stewart, who like many was able to smile when he talked about The Master.

Stewart and other remarked on Simmons sense of humor as well. Gene McArtor, Simmons' successor as Head Coach, added this:

Like the time during McArtor's first season as head coach, when Simmons called after MU was roughed up in a doubleheader.

"He said, `Well, I'd like to indicate a little problem to you,'" McArtor said. "Boy, I was all ears because I was going to hear something from The Master. And he said, `You haven't got any damn pitching.'"

Thanks for your legacy Mr. Simmons. RIP. 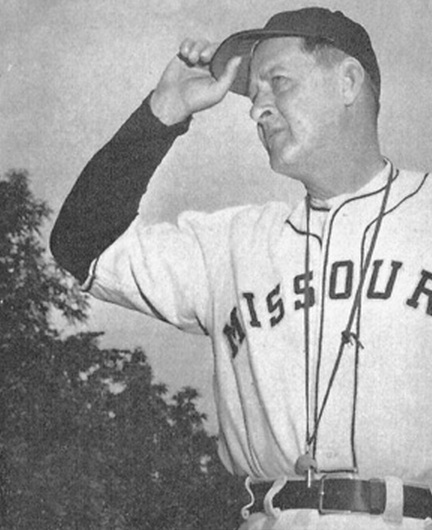