RMN Entertainment proudly presents: RoboCoach! This fall blockbuster is sure to keep you on the edge of your seat with action-packed fight scenes, thrilling plot twists, and exciting defensive football.

The year is 2013 and multinational conglomerate NCAACorp is at the center of robot technology. Overseas, their technology has been used by soccer clubs for decades - and it's meant billions for NCAACorp's bottom line. Now NCAACorp wants to bring their controversial technology to the home front, and they see a golden opportunity to do it.

When Dave Steckel - a loving husband, father and good coach doing his best to put together a solid defense in Columbia - is seriously injured in the line of duty, NCAACorp sees their chance for a part man, part robot football coach. NCAACorp envisions a RoboCoach at every college and even more billions for their shareholders, but their prototype has gone rogue. Instead of fielding a mediocre defense like his programming commanded he's put a squad full of playmakers on the field, and NCAACorp is none too happy.

Thanks to his rebellion, Steckel will be challenged by some of the toughest offenses in all of college football. Can RoboCoach's secondary hold up against Aaron Murray and the high-flying Georgia pass attack? Will his linebackers stand up to the running game of South Carolina? Does his young defensive line have any chance of containing Heisman Trophy winner Johnny Manziel of Texas A&M? If it were up to NCAACorp the answer to all of these questions would be a resounding NO, but they never counted on one thing.

There is still a man inside the machine pursuing a national championship. 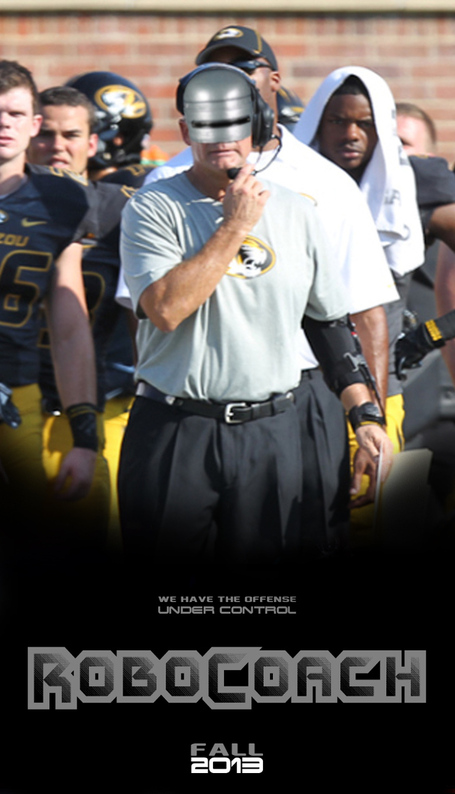