Let's take a fun little look at his recruiting pages: 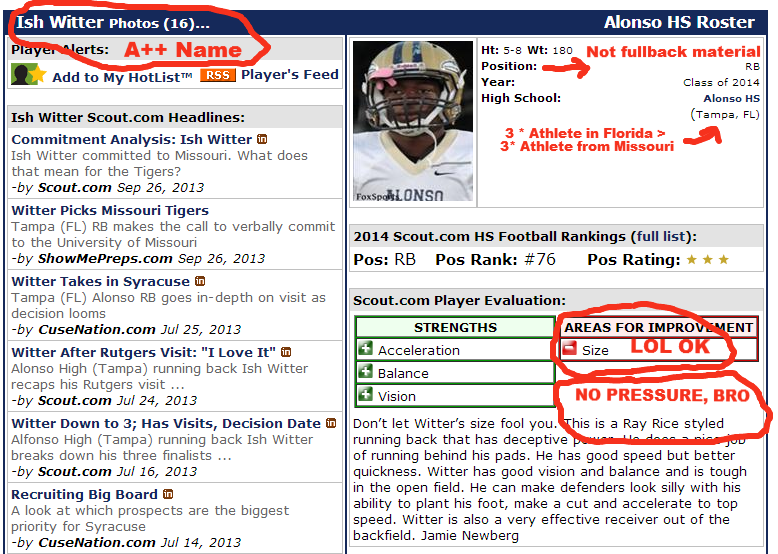 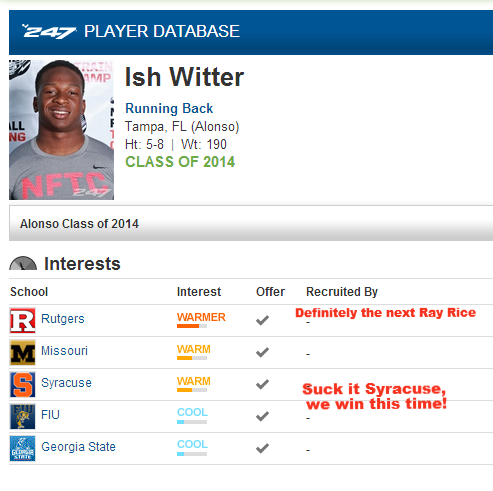 Missouri's 2014 recruiting map is updated (http://t.co/IyS9TA2iTY). And its midpoint has moved to Blue Springs, MS (http://t.co/vShpUCcjAD).

#Mizzou now has 2 RB commitments in the 2014 class. I'll have more on what this means for Vianney's Markel Smith in tomorrow's Chamber.