The Tuesday Watercooler likes hearing about healthy wide receivers, loves "Bash Brothers" references and if kansas won't play us in football, they'll have to play us in futbol!

Pinkel says Missouri will get Darius White back. More optimistic than his usual "better than 50 percent" prognosis.

Pinkel says staff still recruits in Texas but it stretched out in Florida, Georgia, Nashville and Louisiana. "We're just branching out because that's the market now," he said. Says transition will take two or three years "to see how it goes." Pinkel said recruiting dynamics have changed in that teams don't have to play a game in a recruit's state to attract the player. "Now because of TV you can see absolutely every game," he said.

The 6-foot, 190-pound Gibson has 17 tackles and three pass break-ups on the season. After averaging 38.3 snaps over the season's first six games, he has played just 17 snaps a game over the past three.

That wasn't quite as special as the moment Ray shared with his mother, Sebrina Johnson, after the game. Trib photographer Daniel Brenner got this picture of the moment: "I just kind of looked in the stands, and I didn't know she was going to be there. I looked up and there's my mom. She's walking down crying. I just hopped over the wall and gave her a big hug. It was just a crazy moment. My mom knows everything we've been through together. To share that and see her right after the game, it was kind of like a movie."

Oh, one more last thing. Major props to some inspired note-making by sports information director Patrick Crawford this week. He dubbed Michael Scherer and Kentrell Brothers the "Bash Brothers," then put them up next to other famous Bash Brothers in history. Like Mark McGwire and Jose Canseco of the A's in the '80s. A good one. And Dean Portman and Fulton Reed from D2, the Mighty Ducks sequel. Getting better. And Mario and Luigi. The plumbers. From Nintendo. Good looking out, Pat.

DEFENSE It’s not good: One of the Aggies' main goals for this season was to improve defensively. That hasn’t really happened. Texas A&M is surrendering 27.1 points per game. Not terrible, right? But against SEC foes, the Aggies are allowing an SEC-most 39.3 points per game. A&M is allowing 5.76 yards per play overall, a rate that swells to a 7.02 in conference games, ranking 13th in the SEC.

Missouri's Nov. 22 game at Tennessee, the Tigers' final regular-season road game, will kick off at 6:30 p.m. central on ESPN or SEC Network, the league accounted today. 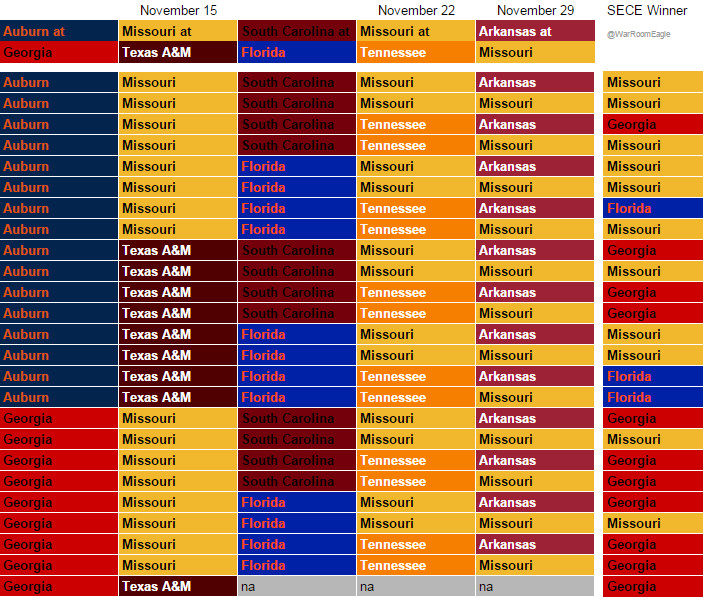 SEC West Scenarios: How the Remaining Four Big Games Will Decide Who Goes to Atlanta. - College and Magnolia

There are four big games left for the four teams not yet eliminated. How can each of them reach Atlanta?

Gearing up for the start of SqueakyBouncyHoops

Look for another ranking of the SEC Front Courts, Coaches and Home Courts coming in the next couple weeks, followed by a Pre Season Power Poll and a weekly Power Poll every week thereafter.

Montaque Gill-Caesar, the best named Tiger since (? - leave your best contender in the comments)... He's a strong physical wing who followed his former prep school coach to Mizzou. What's he bring to the table?

"That was one of my concerns — leadership," Anderson said. "Who is the person that’s going to step up and be a leader? It doesn’t have to be a verbal or a vocal leader, but who is going to be the guy? (Post) has definitely stepped up. He’s a big guy, and he’s made his presence known. I’m really pleased with his progress."

Missouri will be busy at start of regular season - Steve Walentik

It won’t be the last time the Tigers encounter these circumstances. They will play three games in successive days in the Maui Invitational, beginning with a Nov. 24 contest against No. 2 Arizona. They open SEC play in January with three games in six days against LSU, Auburn and Kentucky, and the postseason is always filled with short turnarounds.

Johnathan Williams III on Anderson's sense of humor: "He told me, 'you take this charge the golden girls will do two flips for you.'"

Image courtesy of our own Chris L Turner: 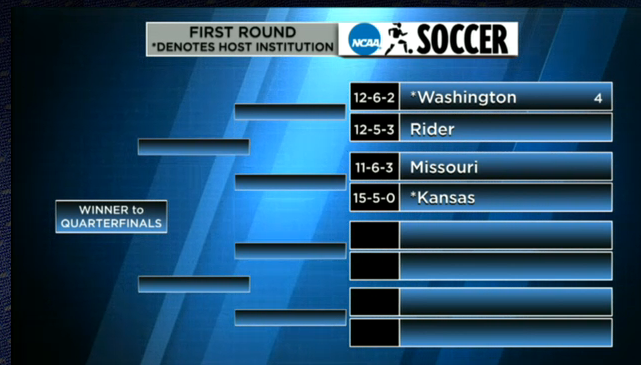 A very special thank you to all the Veterans who's service allows us to sit around talking about unimportant things like football and cake. Thank you for your sacrifices and personally I'd like to honor my father who served in the first Gulf War.