Taking a look at SEC Conference-mate Ole Miss Rebels, with help from The Ghost of Jay Cutler from RedCupRebellion.com, HHKB Chris, & switzy227. All predictions on the upcoming season are based upon a Game-By-Game pick of the upcoming season instead of just ranking the teams, in hopes we would get a more interesting look at the team rankings.

The most notable on the list is the graduation of Marshall Henderson. It will be interesting to see how the Rebels adapt to life without Marshall, but I personally think it will be a good thing for him to be gone. Less distraction, and a lot less bad offensive possessions. Losing Millinghaus is interesting as he seemed like a promising freshman a few years ago and improved on his numbers as a sophomore. Off the court trouble derailed him a bit as he was suspended a couple times during the season. I guess that was too much for Andy Kennedy.

I’ll be completely honest in saying that I wasn’t very high on Ole Miss coming into this season. I think, like many others, I had kind of O.D.'d on Marshall Henderson, and just placed the Rebels as a team that relied on him too much. Until I started looking deeper into who they actually have coming back. I knew Jarvis Summers was a great player and having him back is a huge win for the Rebels, as he’s one of the most underrated players in the SEC, and even the country. Perhaps it’s just that this whole team played under the radar except for Marshall Henderson (who played so far over the radar it distracted from any other talent that might have been on the roster). ‘Snoop’ White is another important cog coming back, but someone that needs to shoot better to have more impact, though he has the ability to be a strong second option. Perez was productive on a per minute basis, and could take on a larger role this year. Newby was a 4 star prospect who hasn’t quite lived up to his potential coming out of high school. Aaron Jones is a solid and effective post player who provided good minutes in starting 27 games a season ago. Saiz had a solid freshman campaign and hopefully can take additional steps forward to give the Rebels a boost on the inside. 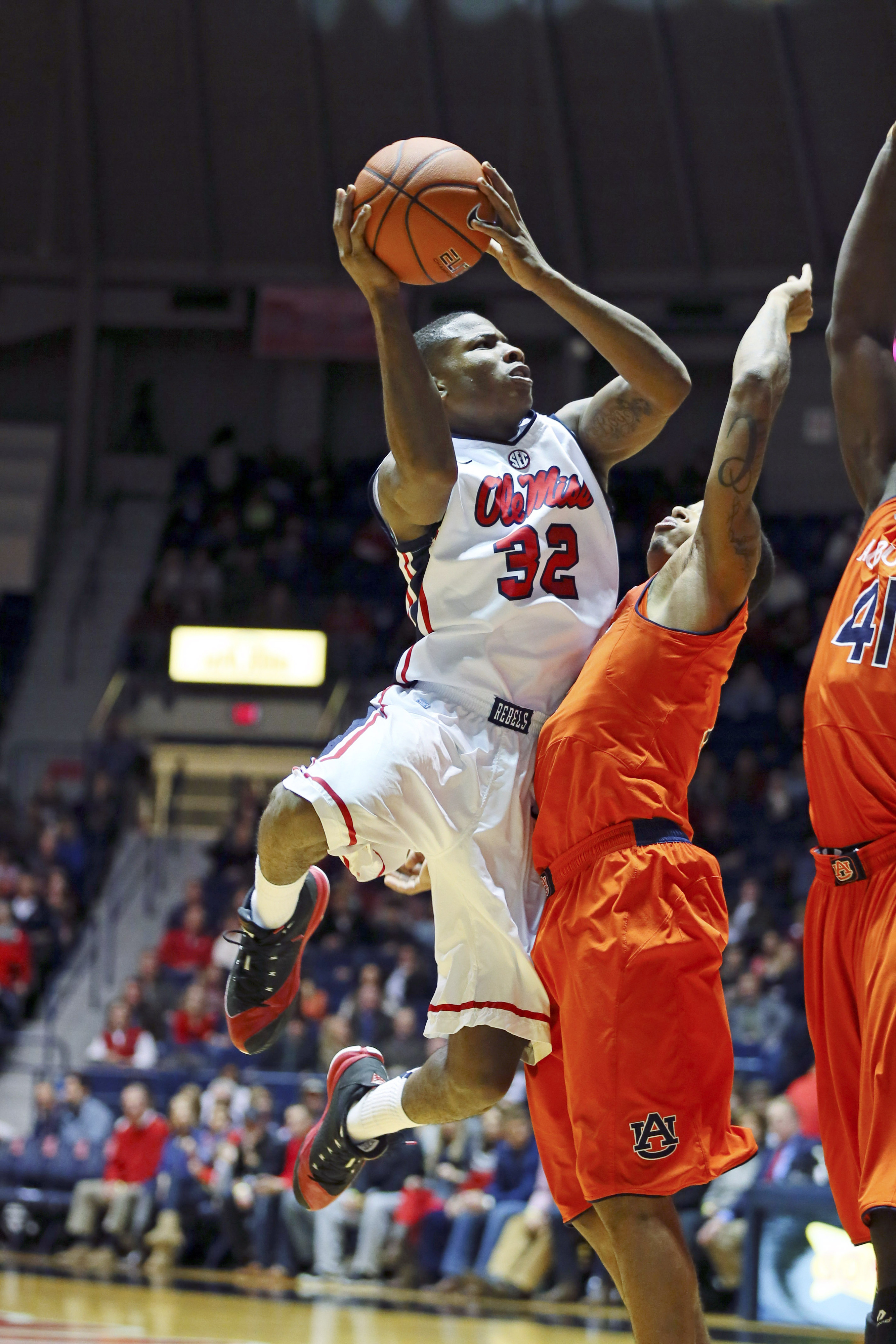 It’s hard to imagine a guy averaging 17 points per game in a major conference and being underrated, but few discuss Summers amongst the league’s best despite his deserving place among them. Jarvis is heading into his senior year, and if he plays with a chip on his shoulder, he can carry a large enough load to make up for any shortcomings the Rebels might have. Any extra help he gets just heightens the Rebels ability to improve and contend. 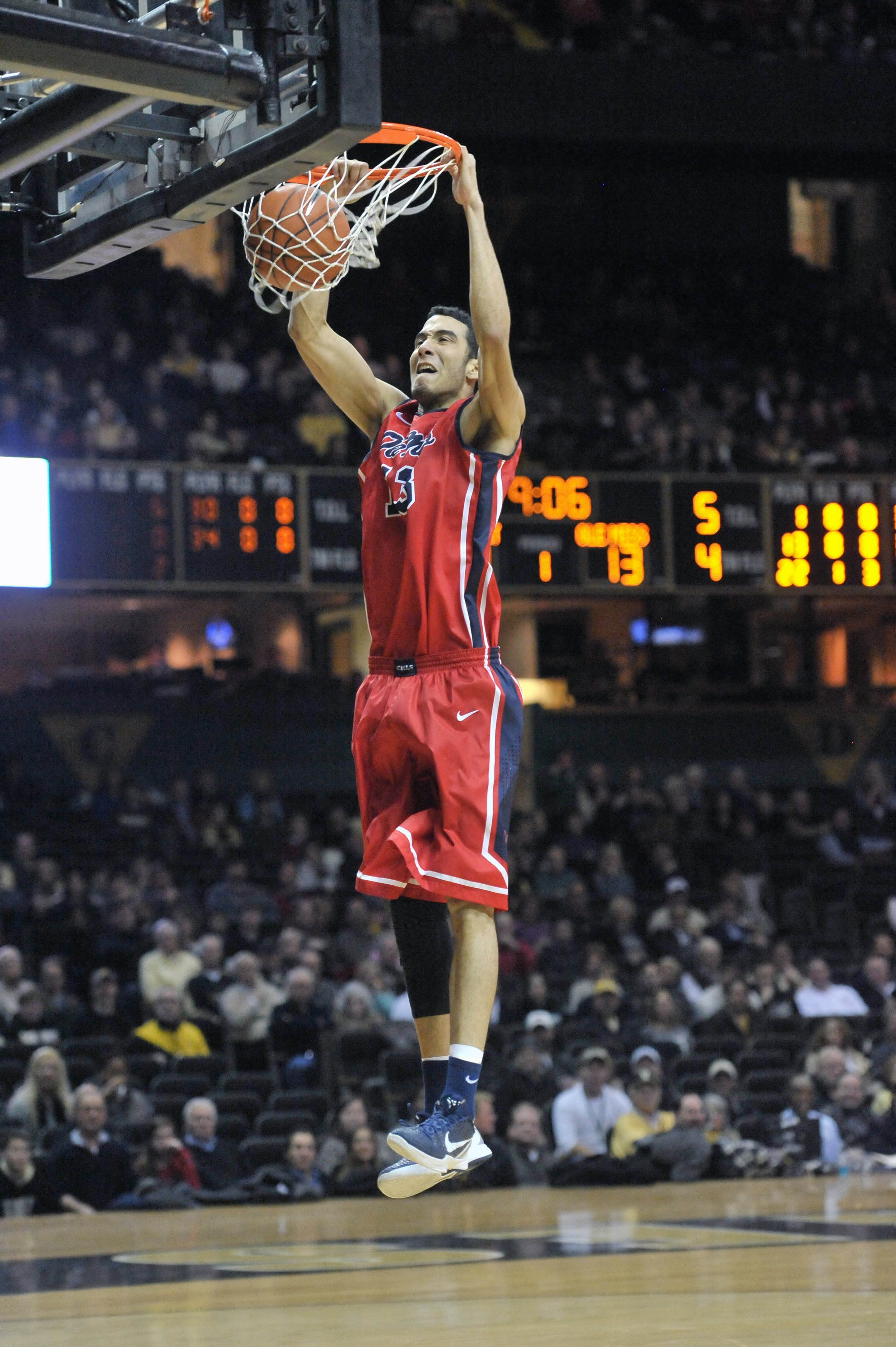 Perez ability to flex on the floor and still be productive will be a big key for the Rebels this year. His natural position is more of a small forward, but he has the size to go inside. If Perez can be the player he has the potential to be, Ole Miss could be a serious threat in the SEC.

Terry Brutus is also back after taking a year to recover from a torn ACL. Brutus didn’t contribute a ton as a Freshman, but has the ability to contribute this season. Marcanvis Hymon is a solid small forward prospect who should contribute some as a freshman on the wing, if he can crack into the two deep. Both Stefan Moody and Roderick Lawrence should be able to provide depth in the backcourt, and possibly step into more playing time if they can beat out some of the incumbents. With the erractic play of guys like White and Newby, that's a possibility. MJ Rhett and Terence smith are both 5th year transfers who can also push those that might start out ahead of them. I wouldn't be surprised to see lots of minutes from any of the last four players I mentioned.

Keep in mind that Ole Miss has a lot of depth, so that depth chart is likely to be in flux all season. With 5 seniors and 4 juniors, this could be the most experienced team in the SEC, especially with 2 of the seniors as 5th year transfers. With 4 of those players being newcomers, Coach Kennedy has a project on his hands. Can he get that many new players that should be contributors to meld together in a short amount of time? They’re also very deep in the backcourt with 9 players who could see minutes, while only having 4 guys on the interior. Although it seems unlikely that Kennedy will play 13 players every game, so you wonder with so much experience, and a highly touted freshman, will he be able to balance all the players who are expecting to play?

I like the Rebels front court with Aaron Jones and Sebastian Saiz to be effective, and Perez has the size to slide inside to create more playing time opportunities for some of the guards. Jones will start the season off on the sidelines after a 3 game suspension for the always vague "violation of team rules". But he'll contribute when he gets back. MJ Rhett was a big double double type of player for Tennessee State, and as a 5th year senior could help out Ole Miss by providing a big body, which Saiz is not. Saiz is a typical European style big, who can step out and be a threat from 15-18 feet, handles the ball and passes well above average. He’s got big potential, but certainly needs to get stronger.

You’d expect that Summers will continue his ascension into the SEC elite, especially with his senior year looming.

You have to expect Summers to continue his ascension into the SEC elite, especially with his senior year looming. But will his backcourt mate, Snoop White, do enough consistently to provide that second scoring option on the perimeter? He’s going to have to or else there will be other players waiting on his minutes. To this point White has shown the ability to be a great player, but hasn’t been able to perform consistently enough to cement himself in the starting lineup. With the former AAU teammates looking at the last year of their eligibility, it would be an opportune time for them to take that last big step. They will be needing some help.

It’ll be tough to entirely pin point this Ole Miss team, they're a team that could win 12 as easily as lose 12. I think the addition of the four upperclassmen will ultimately prove to be a tough meld for Kennedy to keep everyone happy with playing time, and could end up leading Ole Miss to an uneven season. The potential is there, and it wouldn’t surprise me to see the Rebels finish as high as 4th. It's quite possible that not having to play under the white hot heat of Marshall Henderson allows this team to play more freely and really challenge for a league title. But at least for the rest of us, that distraction is gone.

This is the most uncertain and unpredictable Ole Miss basketball season since Andy Kennedy's first year at the helm of the program nearly a decade ago. Jarvis Summers is the surest of sure things in perhaps the entirety of the Southeastern Conference, but accompanying him this year are promising yet inconsistent veterans and unproven transfers. Your remarks on Snoop White, Anthony Perez and Sebastian Saiz are dead on - if they can play up to their abilities, they can be excellent. What I do think is missing, however, is a hard look at an incoming guard who could make a world of difference either as the eventual starting No. 2 or as a potent sixth man.

Stefan Moody joins the Rebels this year after spending a year at Kilgore Community College in Texas. At Kilgore, he averaged 17.7 points, 3.4 rebounds, and 4.4 assists per game while hitting just under 35% of his threes. Before Kilgore, he was the Sun Belt Freshman of the Year at Florida Atlantic, where he averaged 15.7 points and 4.2 boards in the 2012-13 season. Kennedy isn't one to normally praise his newcomers particularly highly, but he really likes Moody by all accounts and thinks he can be a dangerous weapon in the Southeastern Conference.

If Moody, Summers, and White can combine to create a formidable back half while someone amongst the Rebel big men - Saiz, Perez, Aaron Jones, anybody - can stay healthy and play consistent basketball for a whole season, then the Rebs should be competitive enough to be on the bubble come Selection Sunday.

Good by Le Marshall Henderson, so long and farewell. I think you can breakdown Marshall Henderson fans in two camps, those who hate him and those that went to Ole Miss. He was a classic villain, and a guy who got a lot of credit for essentially being a chucker. So Ole Miss gets out of the shadow of Marshall and figure out what they’ve got, and the commentors on tv have got to find something else to talk about, maybe it will be Bo Wallace, he’s got a fun nickname you know, a Doctor apparently. My prediction, Andy Kennedy is gonna get fired after this season.

I'll keep the form open to be filled out until the season starts. If you would like a nifty rankings image like you see above from tGoJC's picks, send me an email or tweet and I'll make it happen. You can also follow me on Twitter: