The regular season for Mizzou's Basketball Team commences tonight, to commemorate this the Knights of the Rock M Roundtable convened once again to discuss what we learned, what we liked and what Kim Anderson's voice does to us.

Later tonight the Tigers of Ol' Mizzou will take on cross state "rivals" the Kangaroos of UMKC at Mizzou Arena at 8pm but before we can move onto the regular season, let's take a look back at the two exhibition games against William Jewell and UMSL.

The questions posed to our roundtable participants were as follows:

Mizzou played and won two exhibition games, what did you like that you saw? 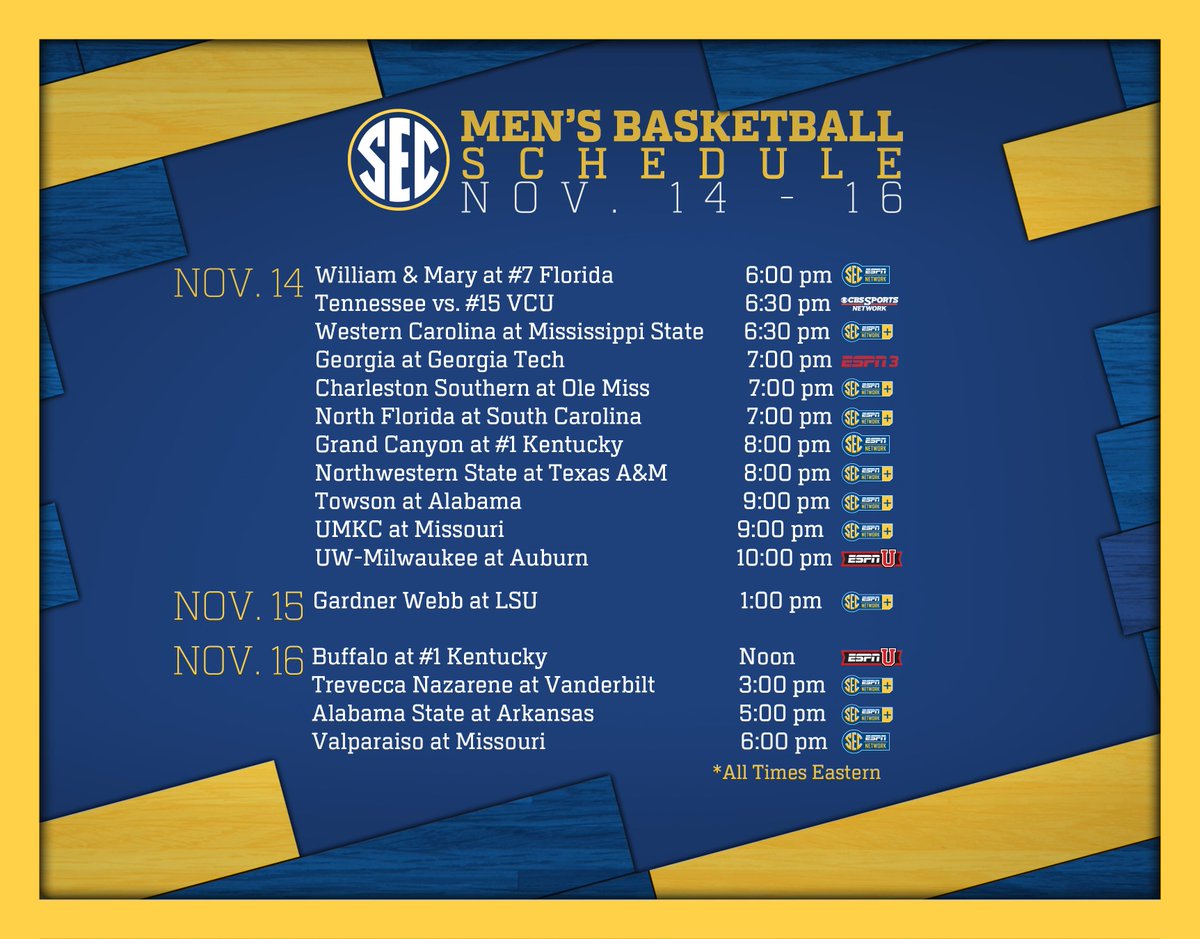 Really enjoyed Teki Gill-Caeaser, he appears to have a real chance to be an impact freshman which is something I haven't seen in Mizzou basketball for a while. I think his smooth athleticism gives us a chance to compete against better teams. I also liked how much I saw our team begin to define roles for each player, even if there was obvious room for improvement. (Fullback U)

Effort, above anything else they looked like they were interested in competing, which is more than you could say for this team at times last year. The offense was rocky, but guys shared the ball and looked for each other. And defensively they were quite sound. Overall it's hard to glean much of anything from exhibition play, after all, Memphis lost to CBC in exhibition play, but you can see the makings of a pretty good team that could surprise some people this season. (Sam Snelling)

I didn't get a chance to watch either exhibition, so my thoughts on 1-4 are not particularly insightful.  Yay, Mizzou won big!  Boo, that level of play won't beat Kentucky! (Belegcam)

I haven't seen anything yet besides the highlights! This is because I'm a bad fan and watched other teams play football instead. I *did* really like what I saw from TCU, for what it's worth. (Jack Peglow)

I've loved watching the hustle, an offensive game plan (even with the sometimes disjointedness of it), the defense is staying at home and not giving up as many easy shots. And finally Teki and Isabell really asserting themselves as Freshmen, while D'Angelo really played right into his role. (HHKB Chris)

First off, I only saw the second game, so my thoughts will be pretty much on that one.  Given that I started watching when we were at our worst deficit, it was nice to see our guys battle back.  The rebounding got better, the defense was engaged, a few guys took charge when it mattered, and no lack on the effort side. Losing wouldn't have been the end of things, of course (looking at you, Memphis) but for the mental state / momentum it's nice we didn't go that route.  Good to have a small test I suppose before the season starts.   At this point the game was already decided, but Gant's steal and dunk was a nice burst of energy. (kristina)

What did you not like that you saw in the two wins?

Fouls by the big men. Missed easy shots by the big men. I know it's tougher than it looks out there, but they're our biggest and most experienced guys, make it look easier please? (Fullback U)

Honestly, I wasn't enamored with our post play, particularly from Post. Rosburg was okay, he looked about like we all expect him to. Keanau Post just wasn't very good. He's going to need to learn to play without fouling and to try to not do too much with the ball. When he's decisive he's quite good. It was particularly disappointing after watching him play very well in Black & Gold. (Sam Snelling) 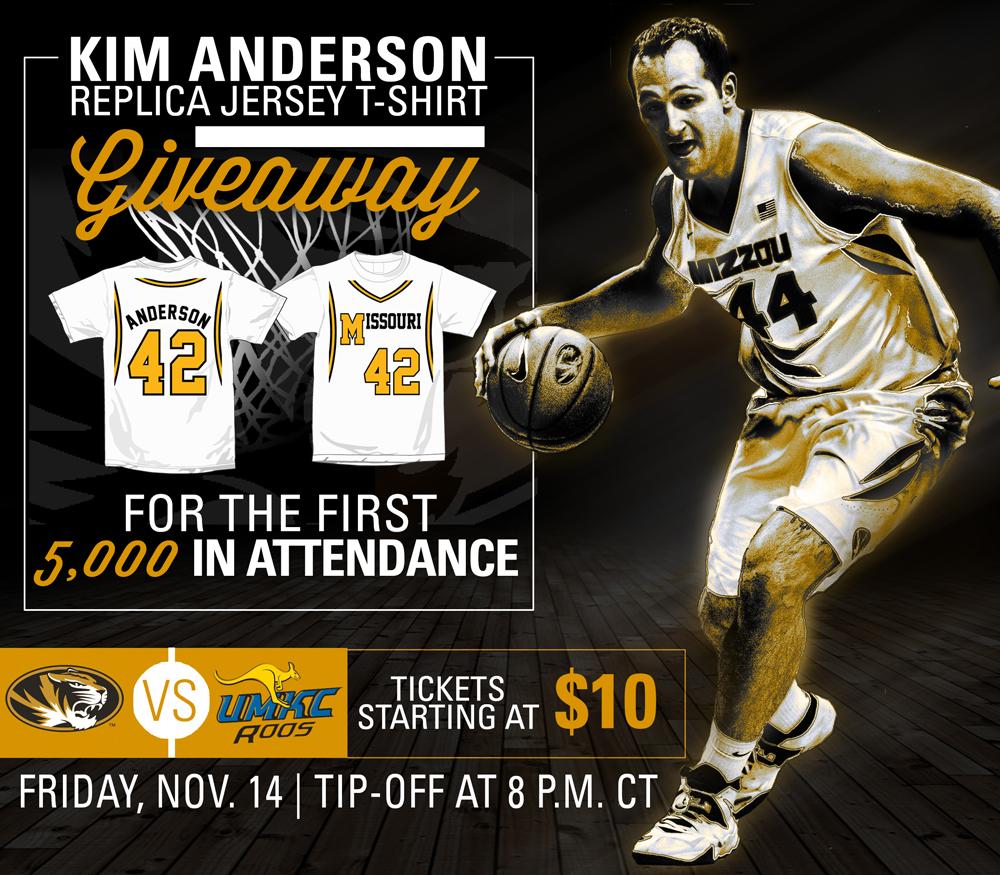 The shirseys that Mizzou will be shilling out to the first 1,500 patrons to arrive at the game Friday. They look like the trashy, oversized T-shirts depicting a skinny bikini body that locals wear over their swimsuits at the Lake of the Ozarks. (Jack Peglow)

Rebounding and just the general play of our bigs. Rosburg and Post both looked slow towards the hoop and were in foul trouble...A LOT! Also, in that vein, we need Gant to be a contributor and we really didn't get a shot to see that against UMSL. (HHKB Chris)

Well, logging in to find us down 11 to UMSL is a start, especially as it seemed yet another round of "mizzou versus a team that is just draining threes."  Post/Rosburg in foul trouble was troubling, and though I don't know if we need a lot of flash, it would be nice to have someone to stir up the crowd and make some noise (But with a exhibition game, yeah, not a large crowd). (kristina)

Who was your preseason MVP?

Teki? Is that too easy? Underdog MVP: Shamburglar (Fullback U)

Probably hard to pick one guy because there were two pretty different games, so I'll hedge and say Clark in game 1, Shamburger in game 2. (Sam Snelling)

Shamburger has impressed me the most so far. He seems capable of taking the reigns offensively and both facilitating and scoring. Obviously, I'll be eager to see how that holds up against some tougher competition, but so far I'm liking what I'm seeing. (Jack Peglow)

I'm looking at Teki for his play in game 2, Clark in game 1, and D'Angelo in both just because he accepted his role and did the little things. (HHKB Chris)

MGC.  Going to love watching him play this season, very solid / polished player which is what we thought, but love seeing what's been on paper for so long now live.  Shamburger would be a close second, I like the fact he's concerned with his TO stat.  Curious to see how the point position plays out. (kristina)

Rosburg and Post. In both of the last two games Mizzou looked better in smaller lineups, but I don't think you can count on that always working and I'd LOVE for Keanau Post to develop into a rim protector, rebounder and get occasional buckets downlow without fouling. I'm going to have a love/hate relationship with Ryan Rosburg all season and I think I'm just going to have to come to terms with that. (Fullback U)

Jakeenan Gant. It's possible that he was pretty nervous to get going, but he's got to be a good player for Mizzou this year if they're going to make some noise. (Sam Snelling)

Through two games against less than challenging opponents, Keanau Post is averaging 2.5 points, 2 rebounds, and 3 fouls in just 13.5 minutes per game. He has one of the highest ceilings on the team, why he chooses to hang out in the basement is beyond me. (Jack Peglow)

Just screaming with everyone else that we need more from the Big Boys. We can't strive only on guards, and if the three of em (Gant, Post and Rosburg) don't show out in a more confident and competent way, we're back to where we were last year. (HHKB Chris)

Well, as I said above, the bigs, specifically watching their foul count as we're going to need their height in there all game long.   The slow start was also a concern. (kristina)

How much are you loving Kim Anderson's voice?

I would pay him to read me books on tape. (Fullback U)

I'm only a little uncomfortable answering this question. (Sam Snelling)

It makes me feel like I'm sipping brandy in a fine Corinthian leather armchair in my study filled with many leather-bound books. (Belegcam)

It makes me feel some type of way. (Jack Peglow)

It's the Champagne of voices. (HHKB Chris)

Hah, it is pretty unique.  I'm curious as to what was said during that TO when things started to turn around. (kristina)

Have your thoughts on the season changed?

Still think we're a borderline tournament team depending on how well everyone develops their offensive identities and stays healthy. (Fullback U)

Not really, they played in line with what I expected. What's going to be more important is the next month of basketball. The young guys have to be ready to play. I don't expect them to beat Arizona, or even Oklahoma. But I think the rest of the games are winnable. (Sam Snelling)

Nope.  It's still a young team that will go through some growing pains. (Belegcam)

No. I still believe that Mizzou will not win any games.
Real talk: I'm heading into the season just hoping for a product that I'll enjoy watching. I expect the Tigers to make a run at making a run at the Tournament, but to fall short. Nothing that's happened so far has given me cause to believe any differently. (Jack Peglow)

I'm still optimistic, and maybe a bit more so based on how the freshmen have been playing. It'll be interesting to see how we make it through the tough games in December, the OUs, OSUs, IUs, not so much Zona as I bet we get some sort of a beating. (HHKB Chris)

Not really, still cautiously optimistic.   It really is such a small sample size to really try and forecast where we go from here and I'm still not 100% on the new guys' names and numbers. (kristina)

Predict the score of tonight's opener vs UMKC.

I think Anderson and company will open the for real season in more impressive fashion than they did the exhibition season. Put me down for a 73-55 victory for the Tigers. (Jack Peglow)

I'm not an expert and I tend to think Mizzou will beat the teams they should beat while losing to the teams they should lose to, which is often the exact opposite of the truth, so I went through the schedule and counted who I think we'll lose to. 20-11, with losses to Zona, K-State, OU, Illinois, Arky twice, Kentucky twice, at Vandy (HHKB Chris note: WHY FULLBACK, WHY?!!!), Florida and UGA. Basically, I think we might not have as many losses as some, but we won't have many quality wins, ultimately keeping us out of the NCAA tournament. (Fullback U)

Like I said earlier, I don't see Mizzou *really* contending for a spot in the Madness. I think they have a chance to upset someone they shouldn't, forcing us talking heads to ask whether a tourney run is possible. That'll be fun for like, a couple days. Then the Tigers will drop a game against someone dumb – probably freakin' Frank Martin – and we'll all look back at those conversations and laugh. After everything is said and done, Mizzou will have between 16 and 19 wins. (Jack Peglow)

I hate to say it, but 20-11 with some good wins and no bad losses, but certainly a team that we enjoy watching and is built for next year and then we're kicking everyone's asses! (HHKB Chris)

That's it from us, we've got a poll attached with this post so if you're think we're all completely off or right on you can let us know.

Just a reminder that tonight's game against UMKC is on SEC Network + and be sure to follow the RMN twitter feed as things are bound to get hoopy tonight.