Without jumping off the bridge, I think we can take look at what happened in 40 minutes at Mizzou Arena on a cold dark November night and say that it was ... not good.

Nothing really went right for the Tigers in their season opening 69-61 loss to the Kangaroos. Missouri came into the night as a pretty big question mark. With so much success in the offseason in recruiting and coaching hires, we (and by we, I mean at least me, and probably many others, but I only speak for myself) rode the positivity train and felt that there wasn't much this team couldn't accomplish, despite being incredibly young and unproven. And youth and unproven-ness caught up to the Tigers against UMKC.

UMKC made 23 of 29 free throws (79%) while Missouri made just 8-16 (I'm not doing that math, if you can't do it I'm sad). Neither team scorched the nets from the field, and both turned the ball over more than you would have hoped, but nothing seemed to bounce right for the Tigers as they struggled to find offense against the zone defense of the 'Roos.

Expect to see a lot of zone this year, as Missouri is chock full of athletes, and utterly devoid of shooters. There are a lot of guys that can make shots, but very few guys that will scare a zone defense without knocking down three in a row first. 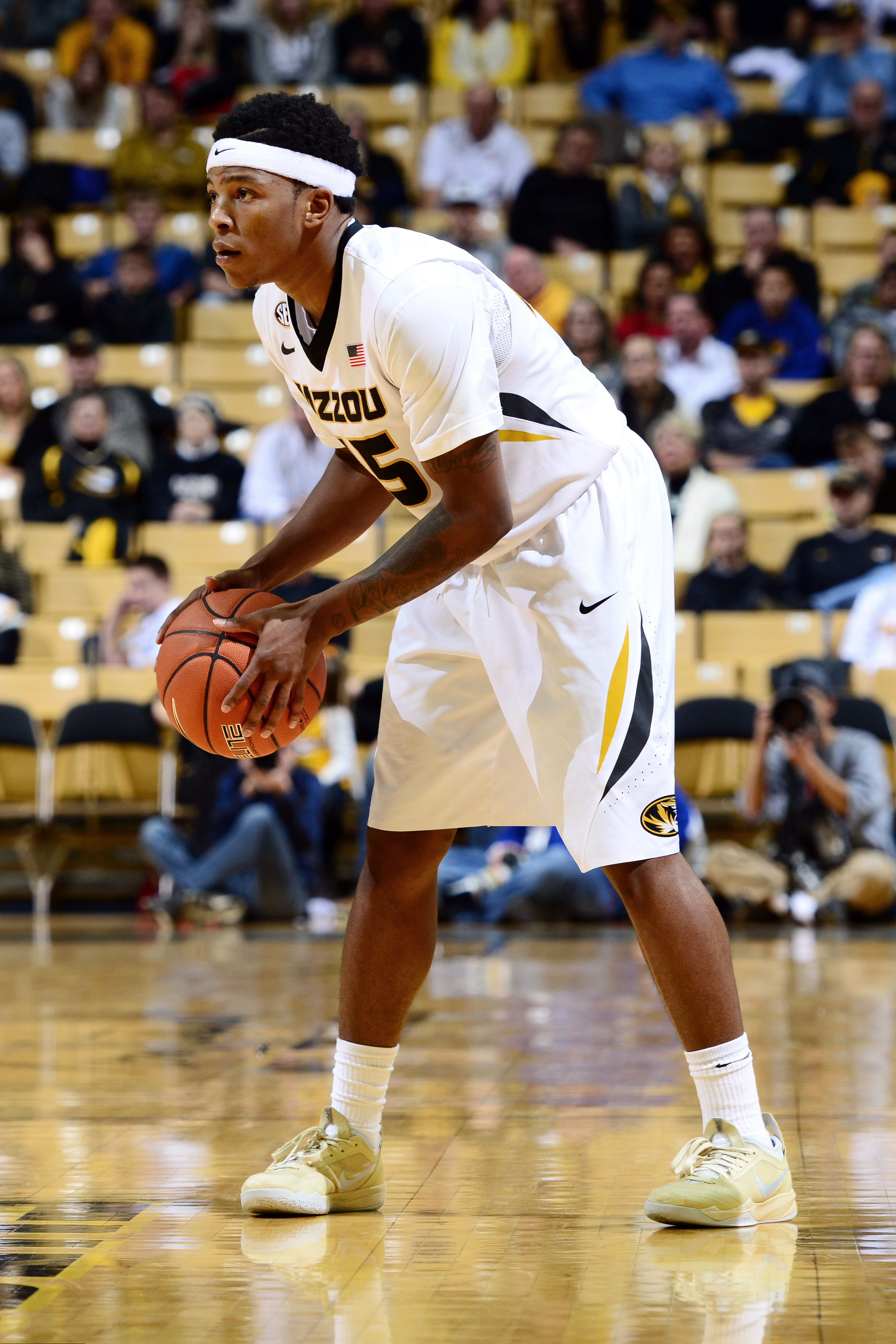 Looking for positives, I don't think the problem was the trio of point guards. Clark didn't shoot the ball well, only hitting 4 of his 14 attempts. He was aggressive and confident in attacking the defense which should pay off more than it doesn't, and I don't know that I remember him taking many bad shots. Tramaine Isabell is a guy who isn't afraid to put it up, and got off 7 shots, hitting 3. Keith Shamburger hit on 50% of his 6 tries, which is about where I'd expect him attempts wise, and I'll be happy with a 50% hit rate. The trio combined for 9 rebounds and 9 assist, but 9 turnovers isn't good. In fact the team had 17 turnovers, and usually you can attribute turnovers to the guard play. You expect your bigs to have a handful a game, but the guards have to take care of the ball, and these three accounted for more than 50% of the turnovers.

Of the three main "keep an eye on categories" that I've drawn up here over the start of the season, this was the most disappointing. This team looked disinterested for large portions of the game, almost going through the motions. It was like they expected to win this game by a lot, and when they were in a close game nobody was able to get them in gear. This team isn't deep enough or good enough at this point to mail in a game. I was pleased with the effort from Teki Gill-Caesar, he seemed one of the few guys showing fire, especially offensively.

I'll be clear in that a large portion of this falls on the coaching staff, and ultimately at the feet of the head coach. If Missouri fans felt that there was a malaise about the last two years of Frank Haiths teams because they didn't seem to play hard that much, well... this team didn't feel that much different from those teams. Despite a decided edge in athleticism and size, the Tigers were out rebounded by 5 for the game, including giving up 15 offensive rebounds. For this team, and their lack of scoring, that's a good way to lose a lot of games.

This is where we derail some more. Playing without Jakeenan Gant was a bit of a surprise, but this just wasn't pretty...

That is not good balance. That is decidedly bad balance. Minutes distrbution that looks like this might be one thing if your top three guys are juniors and seniors, but the two leaders in minutes were a freshman and a sophomore. We can all see the potential that lies in MGC and Clark but they're far too young to be playing more than 30 minutes a night. Since Cameron Biedscheid transferred, he took with him offense and a likelihood of at least 20 minutes a game.

So now you've got Gill-Caesar, who is possibly Missouri's most polished offensive player (AS A FRESHMAN), playing a heapful of minutes when he should probably be a touch closer to 20 minutes as a frosh. As it is, MGC is the best offensive option, and he plays with more fire on offense than do most of the guys. Our post players are going to struggle this season as Rosburg looks to be the best option again, and (no offense to Ryan who plays hard) that is not a good sign for Mizzou.

Without any interior threat, and without a guy who can routinely knock down shots from the outside, it's likely to be a pretty ugly season in Columbia. Maybe Frank Haith knew just how ugly it was going to be, and that's why he's in Tulsa. Either way, any super high expectations anyone had were likely dashed after a supremely subpar performance. It's still a long season, and there is still reason to believe that things are tending up, but it's certainly a discouraging start to the season.

Don't bail yet. There is still much learning that this young team can do. And the biggest part of this experiment was going to be progress. They need to make progress of the next few months and be a challenger in the SEC. Otherwise a lot of the recruiting work that the Coaches have done in the last few months can be easily unravelled (and Bill's worst nightmare of having to watch 13 Matt Rowan's will come true). If it's sunshine and positives you like here are a few:

1. Wes Clark will get better. He didn't make as many shots as we'd like to see him make, but he was aggressive in attacking the rim, something a good guard needs to do. 2. Montaque Gill-Caesar is going to be REALLY good. He's good now, and he's being counted on more than he should be. But he seems to be doing okay with it. I'd just really like one more scoring threat on the outside. 3. JW3 will be better. He's still not as polished ad we'd like him to be, but he didn't play very well last night at all.

SEC teams go 7-4 on the first night of the season with losses by Missouri, Tennessee, Georgia and Ole Miss.

I think the expectations for any kool-aid drinkers likely took a serious hit after the giant flop that was the opening night game for Mizzou. Beyond that, it wasn't a great night for the SEC as Tennessee got scorched by VCU, Georgia lost to Georgia Tech, and Ole Miss lost at home as well. Auburn scraped out a win over UW-Milwaukee, and Mississippi State didn't exactly blast Western Carolina.

Any case that the SEC wanted to make that basketball was going to be resurgent this season was thrown out the window with that many subpar performances. Mainly because those teams that lost last night will likely improve and take down the teams that won last night, creating parity in the SEC, along with a perception of mediocrity.

I think my expectation/hope for this season dropped, but just by a win for now. I expected them to win this game, they didn't. Move on to the next.

The good thing for this team is that they play again Sunday with a chance to was a pretty bad taste out of their mouth. We''ll also get a chance to see what kind of team Mizzou wants to be at 5 o'clock on Sunday. They've got a chance to recapture their young season, or let it spiral out of control early. A loss would be devastating, a close win would signal a pretty long, but likely .500 season. A blowout win would say that this team CAN get things going in the right direction. I'll be there to wait and see what happens. If you don't tune in, I'll update you all afterwards.