Taking a look at SEC Conference-mate Auburn Tigers with help from Matt Donaldson and Austin Lankford from CollegeAndMagnolia.com, HHKB Chris, & switzy227. All predictions on the upcoming season are based upon a Game-By-Game pick of the upcoming season instead of just ranking the teams, in hopes we would get a more interesting look at the team rankings.

Chris Denson is the big loss here for the Tigers. He led the team in scoring, and was one of the few reliable scoring options along with KT Harrell. Dixon-Tatum was a was an impactful defender on the interior. Payne was a pretty underrated player for the level of his production, but was probably thrust into more minutes than he needed to be playing. Griffin was suspended halfway through the season and left school, and Wade was a solid enough player, but nobody that can’t be replaced.

The big name coming back is KT Harrell. The Virginia transfer came into last season and lit up the SEC in scoring. The problem that Auburn had a year ago was that after Harrell and Denson there was no reliable scoring on the roster. Shamsid-Deen is a guy who should provide some spark of the returners, he had a very good freshman campaign and played a valuable role for a team that struggled to win a lot of games. That experience will benefit him this season. Atewe had some positive minutes when he played but it still somewhat raw. Canada played good minutes as a backup poing guard, and Granger was a solid body on the inside. But after the first two, the roster is just a bit shaky. 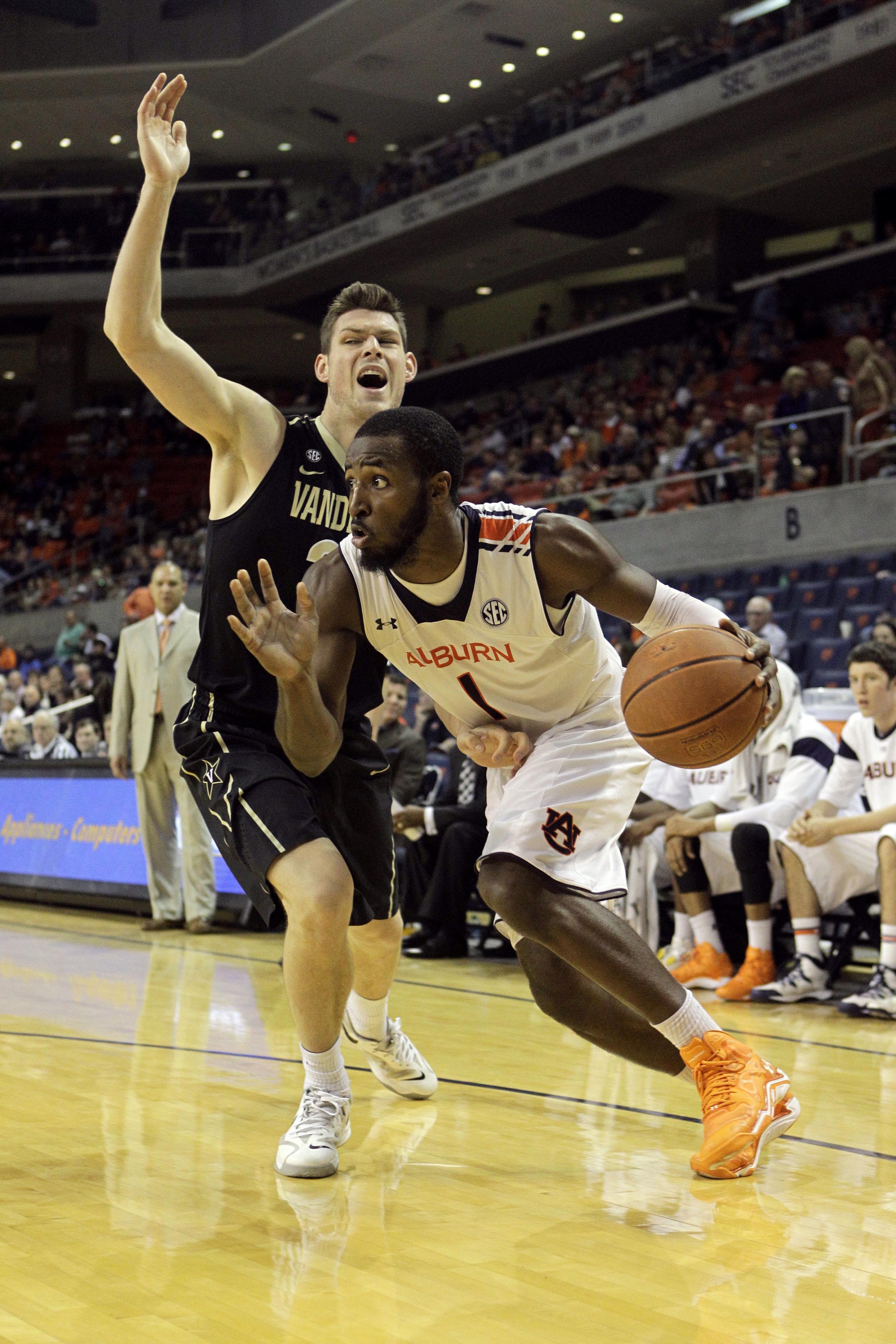 Harrell will be playing for his third coach at two schools after transferring from Virginia. The former 4-star top 30 player showed last year that he is an explosive scorer, and should continue to do that under a new system in Auburn. He could be even more of a challenge for opposing defenses with Pearl's more open system. If Harrell improves upon his numbers from a year ago, the Tigers can become a dangerous team. 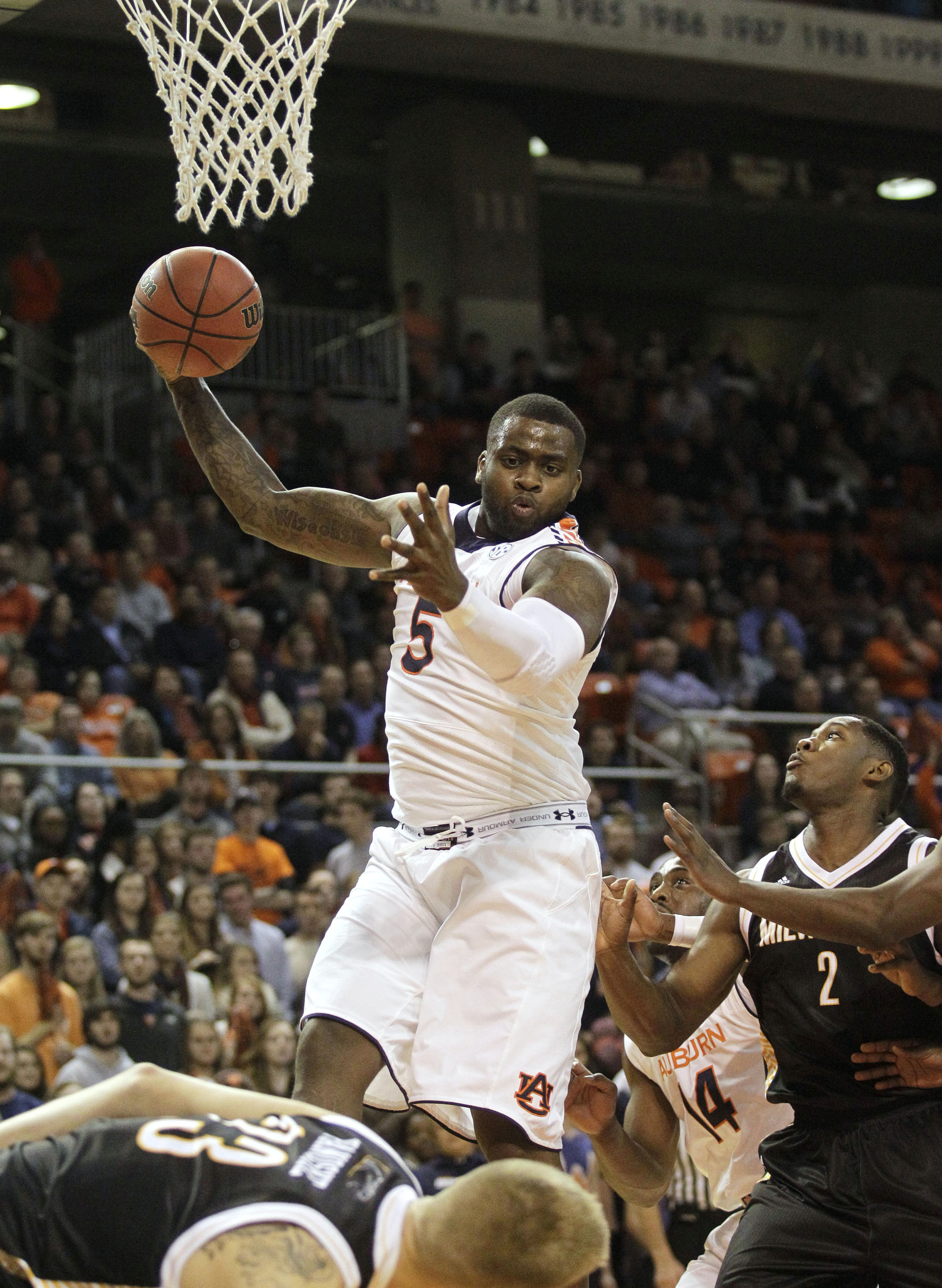 It’s probably hard for a guy that’s 6’7 and 280 lbs to ever be under anyones radar, but Bowers is going to be an important player for the Tigers this season. He’s the one, and maybe only, guy that they should be able to rely on night in and night out to get buckets on the interior. If he can provide that inside threat, that automatically increases the Tigers ceiling.

So this guy Bruce Pearl comes in and starts to remake the roster. Antoine Mason was a high volume scorer at Niagara a year ago and should be able to help right away. Ross-Miller was a highly rated point guard coming out of high school, and has had a decent college career. He should serve as a solid player for the Tigers. Cinmeon Bowers is a big body who should help on the interior. Purchase is interesting because he’s a skilled 6’8 guy who can flex between the 3 and the 4 spot on the floor. Lang is a big wing who was committed to Virginia Tech before signing with Auburn after the coaching changes. He’s a big wing who might be able to help early.

The move to hire Bruce Pearl was a great one, and it’s already paying off in the perception of the program. Much of the SEC has been deemed a bit of a basketball wasteland in the last few years, and Auburn was part of the problem. The Administration became part of the solution when they hired Pearl, and have now sold out of their season tickets for the season. Excitement around the program, thanks to Pearl, is through the roof. Now comes the task of playing the games with a so-so roster.

Auburn hired Pearl with an NCAA show cause penalty still in force, which prevented Pearl from doing any recruiting until August 24th. He still was able to land a pretty solid recruiting class to round out the roster heading into 2014-15. The second the show cause lifted, he proceeded to land several top recruits for next season. But that’s next season. Expectations for this season are lifted a bit, but I can’t imagine them being lifted a whole lot until Pearl has been able to remake the roster a bit more. He’ll make the guys that are there better, and there are certainly some guys that are pretty good already.

I’m a Shamsid-Deen fan, and with Harrell and Mason the Tigers should be able to score the rock in a variety of ways.

The good starts in the backcourt, with some decent depth. I’m a Shamsid-Deen fan, and with Harrell and Mason the Tigers should be able to score the rock in a variety of ways. The guys behind them are solid, but unspectacular. Ross-Miller is the prototypical Point Guard, but I still like TSD to be the starter. Canada also played a lot of minutes at the point last year, so the Tigers will have a wealth of good ball handlers available. There is also decent depth in the front court, but again nothing spectacular. Bowers has a chance to be a big impact, and Atewe and Granger could improve and be effective on the interior, perhaps benefitting from Pearl’s up and down style a bit. Then, as I mentioned above, there’s Purchase, who could be a solid contributor for the Tigers off the bench. Those Aussies are usually pretty good shooters, and he’s got the size the compete on the inside, though a little weight would help.

Overall it seems the masses are pretty high on Pearls ability to maybe win a few games they shouldn’t. Simply looking at the roster, I have a hard time seeing a team that’s better than say 6 wins in conference, which is where they were last year. Improving by three games would be a big improvement, especially with Pearl’s highly rated recruiting class coming in next year. Pearls mere presence on the sideline is reason for hope for Tiger fans, but I wouldn’t over inflate that just yet. There’s still a roster overhaul to do. But the pieces are in place for a step up.

We got double-teamed (just like a Bruce Pearl Press) from the guys at C&M. Austin Lankford did the pick 'em, Matt Donaldson provided the content.

Might be worth a mention that they also picked up Kareem Canty from Marshall in the offseason. Even though he has to sit out this year, he'll have three years of eligibility starting in 2015.

Based on what I'm hearing from folks in Auburn, Pearl has basically already resigned himself to the fact that we will have to play small this year. When practice began, he said Bowers and Atewe were working at center. He also said he wants Tahj Shamsid-Deen to play at the 2 guard, leaving KC Ross-Miller and Malcolm Canada to run the point. If that's the case, KT would slide to the small forward where he played last year, and Mason could be forced to play power forward.

But Pearl's job in preseason practice is to play around with this brand new roster and find the best roles and rotations for everyone. Obviously the depth chart is a moving target until games begin, but that's what I'm hearing as of now.

I'm not predicting as much early success as College & Mag has thrown out there, I fall more in line with what you predicted. A .500 conference record would be a welcome sight to my sore Auburn basketball eyes.

BBQ’ing Bruce Pearl is back and he’s been doin’ some ‘cruitin’! Auburn in year one will be better, and will be even better in year two and year three, just as long as Bruce keeps his players and potential players away from his backyard. Basketball is all well and good, but let’s be honest, we’re all just looking forward to the day Bruce paints himself orange again for a lady Tigers’ game and the Tennessee world has a complete and total meltdown. Troll away Bruce, troll away…

I'll keep the form open to be filled out until the season starts. If you would like a nifty rankings image like you see above from Austin's picks, send me an email or tweet and I'll make it happen. You can also follow me on Twitter: