Taking a look at SEC Conference mate LSU Tigers with help from Crabshire from AndTheValleyShook.com, HHKB Chris, & switzy227. All predictions on the upcoming season are based upon a Game-By-Game pick of the upcoming season instead of just ranking the teams, in hopes we would get a more interesting look at the team rankings.

The Bayou Bengals had a bit of an interesting offseason. Their All-Conference Forward O’Bryant declared for the draft. Then Johnny Jones ran off the sometimes great, sometimes terrible PG Anthony Hickey. Malik Morgan also left to go to Tulane, but he wasn’t going to be counted on much as he tore his patellar tendon and was likely out for the season. They also graduated two underrated and solid contributors in Stringer and Coleman. All 5 were big contributors to a, let’s just say, erratic team a season ago.

SOPHOMORES! Two very high impact post players return, one perimeter guy that played… and basically nothing else. Mickey was perhaps the surprise freshman of the year in the SEC last season. He was a dominant defender around the rim and highly active on the offensive end. Martin had his moments but was mostly just an effective guy, not quite what LSU expected when they talked the 5-star into staying home. Quarterman has potential to be an impact player this year as he has all the tools. He’ll need to take a big leap this year for LSU to be competitive. 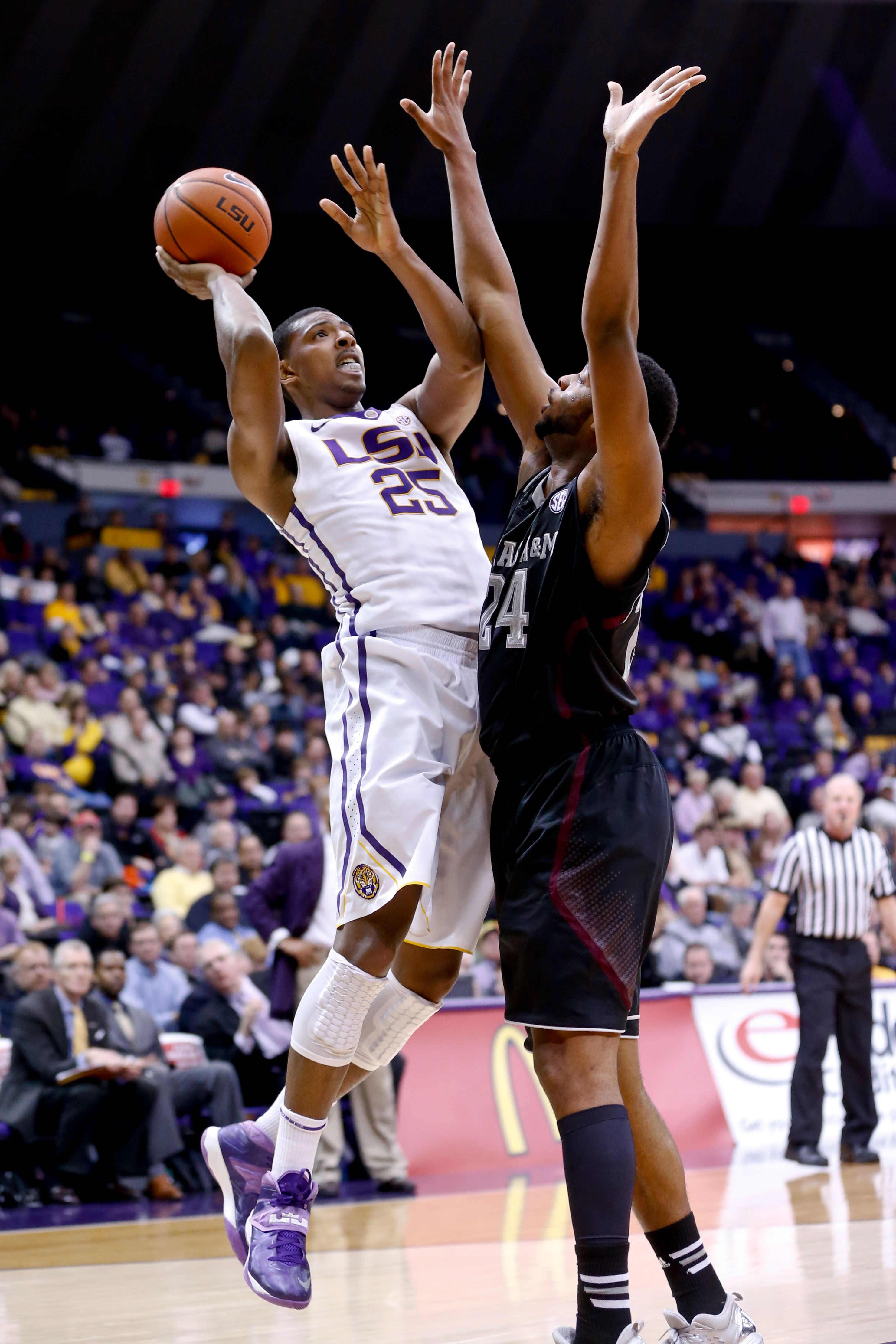 Mickey proved to be one of the top players as a freshman last year as he showed elite level athleticism around the rim in his ability to erase shots, and score on the block. He’s quick off the floor, and if he can improve his mid range game, he could be an all SEC performer in what is a very talented league. 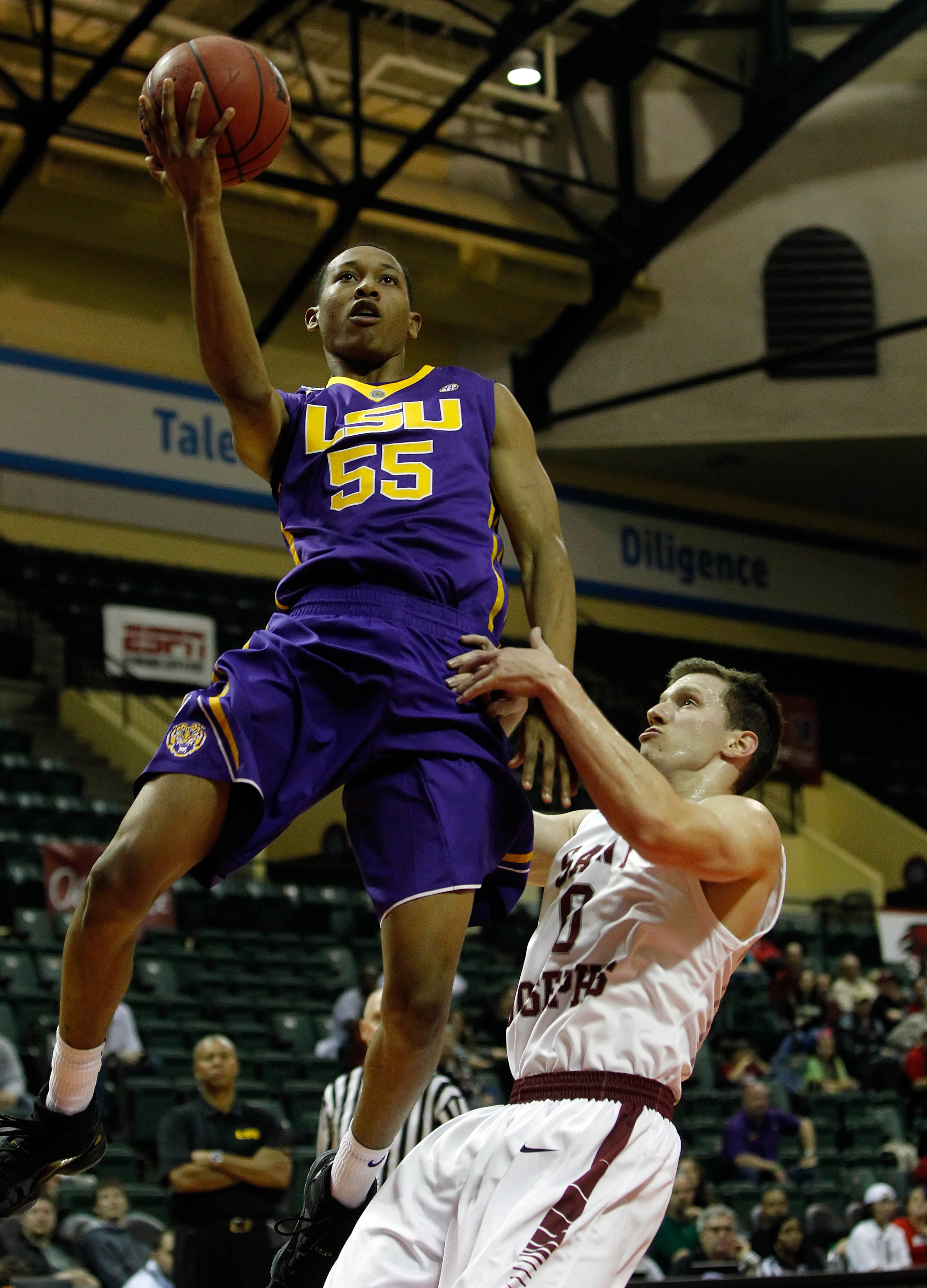 Expect the front court to be formidible, expect Gray to be solid enough at the point guard position. What will be important for LSU is that Quarterman lives up to his billing as a 4-star wing. If he can knock down shots and create opportunities for himself from the wing, the Tigers will be a very dangerous team.

Weirdly enough the one position where LSU didn’t need much help, they got it. Elbert Robinson can contribute immediately, but the frontcourt was already doing okay for the Tigers, and Bridgewater is a thick inside player who could make his presence felt early and often, if there are minutes available. He should be the designated screener, because I would certainly not want to run into that body when crossing the lane. Perhaps the biggest get for the class is Josh Gray, a 4-star point guard out of Junior College. Gray will take over the starting spot immediately. Hornsby (SON OF BRUCE, AND NO I’M NOT KIDDING) could get the start at the off guard spot, basically through attrition.

The front court for LSU can be as good as anybody in the league, and that includes a certain team from Lexington. The combination of Mickey and Martin are going to be tough for anyone to contend with, and Robinson, Epps and Odo should all be able to contribute with them. Bridgewater might be relegated to a wing position based upon being the shortest guy, but he should content for minutes and crush souls on screens with his 6’4 265 lb body. As an LSU fan, you have to be satisfied with what Jones has developed from his front court. On the other hand, depth is important, and there’s no depth on the perimeter.

There are currently 5 guards on the roster and one of them is a 5’9" walk on.

There’s little doubt that Josh Gray should fill in well at the point. I think LSU hopes that Quarterman can become the player they thought they were getting a year ago. After that though there are a lot of question marks. There are currently 5 guards on the roster and one of them is a 5’9" walk on. You never want to deal with not having depth, and if there is a team that might be able to outplay their depth problems it could be this one. It’s still too big of a question mark for me to think that they’ll contend for a top spot in the league.

Jalyn Patterson is a guy who could be a surprise, it’s just difficult to project a 3-star unranked freshman as a guy that’s going to be a high contributor, but he’s going to have to if LSU is going to do better than about .500 in league play. And Hornsby was having a nice career as a player at UNC Asheville before transferring to LSU. With him I don’t think you can expect more than a solid player. I hate to be boring at this point, but LSU is another team that could have a few things go their way and win 12 games, or they could catch a bad break in the backcourt and lose 12. All things being even, I have a hard time imagining they do a whole lot better than .500.

Did I mention how cool it is that Bruce Hornsby’s kid might start at LSU? Listen to the Mandolin Rain!

The 14-4 prediction may be a little bold — I do hope to eat my words on that — and 12-6 sounds more reasonable to me, since Johnny Jones still needs to prove he can finish above .500 in a less-than-sterling SEC. He’s entering his third season and he just got a $400k raise and contract extension, so he better start winning now.

Malik Morgan won’t be a big loss since he was injured for the last six weeks of the season and was the 7th or 8th man at best most of the time. Anthony Hickey always felt like the engine that made LSU go, but that wasn’t always a great thing since he could get stuck in neutral. The impact of his loss remains to be seen, but he wasn’t getting along with Johnny. Coleman and Stringer were, like Sam said, underrated pieces but hardly irreplaceable in the grand scheme of things.

O’Bryant III is an interesting case and could be addition by subtraction, as LSU often relied way too much on running the offense exclusively through him, causing perimeter stagnation and poor ball movement. Now, that’s not to discount his All-SEC abilities but an offense with more rhythm could significantly improve both perimeter morale and keep the defenses from clogging the paint.

Gray and Hornsby should really give LSU a legitimate backcourt combo, one that can shoot and also slash to the rim. Also, watch out for Hornsby to look as smooth as his dad’s sax solos when he goes up for an alley-oop with that 40-inch vertical of his. This is not a drill, Bruce Hornsby’s son has insane hops and will probably land on a SportsCenter Top 10 at some point this season.

Martin started to make a leap in the final handful of games last season, and he’s really expected to shoulder a bigger load this season alongside fellow stud sophomore Jordan Mickey. They’re considered one of the dozen or so best duos in college basketball coming into this season and it will be on them to carry LSU to its first NCAA Tournament since 2009.

Saying this LSU team could lose 12 SEC games is a stretch in my opinion, and would probably require a pretty devastating injury. Expectations are fairly high for this team, as far as LSU basketball expectations go, and there’s too much talent here to bottom out like that. Let me put it this way, anything less than a NCAA Tournament appearance and/or a top 5 SEC finish will feel like a letdown for the Tigers.

Did you ever see that terrible movie called "The Stoned Age"? No, well that’s not surprising, it was not very good. I’m not going to get into the plot, but just imagine the Bruce Willis film, "Hostage" and combine it with "Dazed and Confused", and voila, "The Stoned Age." Why am I bringing up this movie, well there was a character in it who wanted to meet these two girls and he was a mess, but he had one thing going for him (or so he thought) and that was tall boy beers. He’d scream the entire time about his "Talls", and that is exactly what LSU will be doing all season long. We’ve got Talls! In an era where the true Center has almost entirely disappeared, LSU has Talls, and those Talls are going to be the reason the southern most Tigers will have a chance to finish in the upper echelon of the SEC and potentially dance in March with those hot girls, because let’s not forget, they’ve got Talls.

I'll keep the form open to be filled out until the SEC season starts. If you would like a nifty rankings image like you see above from crabshire's picks, send me an email or tweet and I'll make it happen. You can also follow me on Twitter: