Taking a look at SEC Conference-mate Mississippi State Bulldogs, with help from justinrsutton from ForWhomtheCowbellTolls.com, HHKB Chris, & switzy227. All predictions on the upcoming season are based upon a Game-By-Game pick of the upcoming season instead of just ranking the teams, in hopes we would get a more interesting look at the team rankings.

The Bulldogs had a couple players transfer out, and a couple graduate. Davis seemed to have the higher upside, but neither guy is anyone that the Bulldogs couldn't do without. The same goes for the graduating seniors, Borchart was a serviceable guy and didn’t hurt you too often, but was pretty limited in what he provided. Considering how poorly this team played throughout the year, losing players off a bad team doesn’t mean a whole lot either way. And just in case you don't pay attention to college football, the Mississippi State Bulldogs are pretty good this year, and De'Runnya Wilson is one of their top receivers, so he probably isn't going to play basketball this year.

If you want to find good news for the Bulldogs it’s what they’ve got returning. The Bulldogs return a LOT of experience from last year. They were a fairly young team and Gavin Ware and Craig Sword are a pretty good duo to build around. Ware is a former 4-star center who has shown the ability to be very effective on the block, and when he shows up Mississippi State is better than advertised. Sword is another former 4-star who has shown great ability to score and carry the Bulldogs at times. He’ll sit out the first few games after back surgery, but hopefully he’ll be able to jump right in and with another year under their belt both players will further their game enough to lift the program. Fred Thomas has a high upside and can go for big points, but he can also disappear. If the three’s are falling he’s dangerous, if they’re not he’s barely worth having on the floor. Roquez Johnson is a guy who made a big difference in the Bulldogs season, in their conference wins last year he was a major contributor, but could also disappear at times. I.J. Ready played a lot as a freshman, and should look to improve his output as a sophomore. If Thomas, Johnson, Sword and Ware all improve and round out Mississippi State could be ahead of the curve. 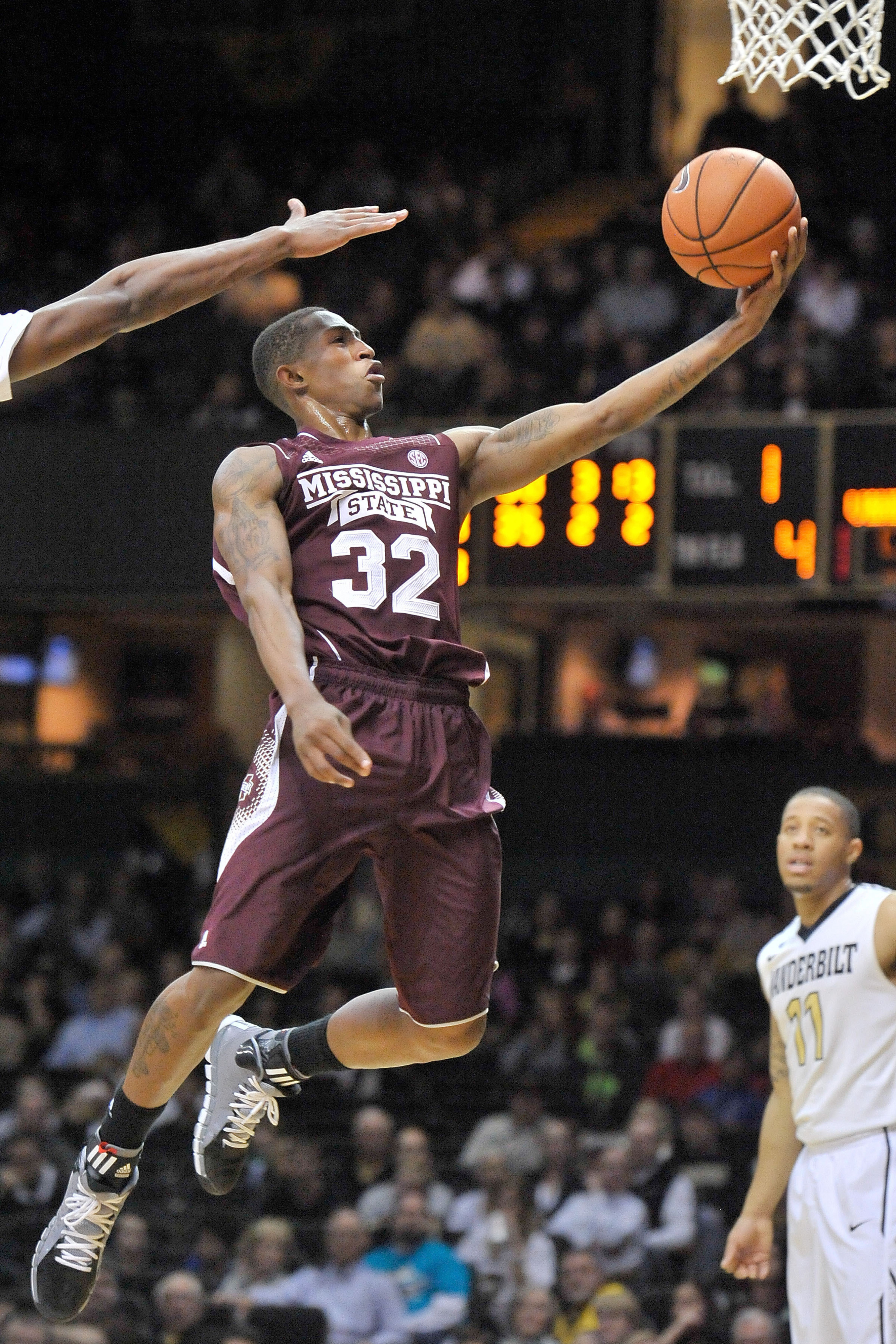 A big part of whether or not this team can turn it around hinges on if Sword can take the next step and become the kind of player that’s he’s shown flashes of at times. Consistency on a nightly basis has been Swords biggest enemy. He'll start the season off on the sidelines recovering from minor back surgery, but Coach Ray and the Bulldogs expect to have him back quickly. If, and that’s a big if, Sword becomes the all-conference threat he has the potential to be, Miss. State has a chance. 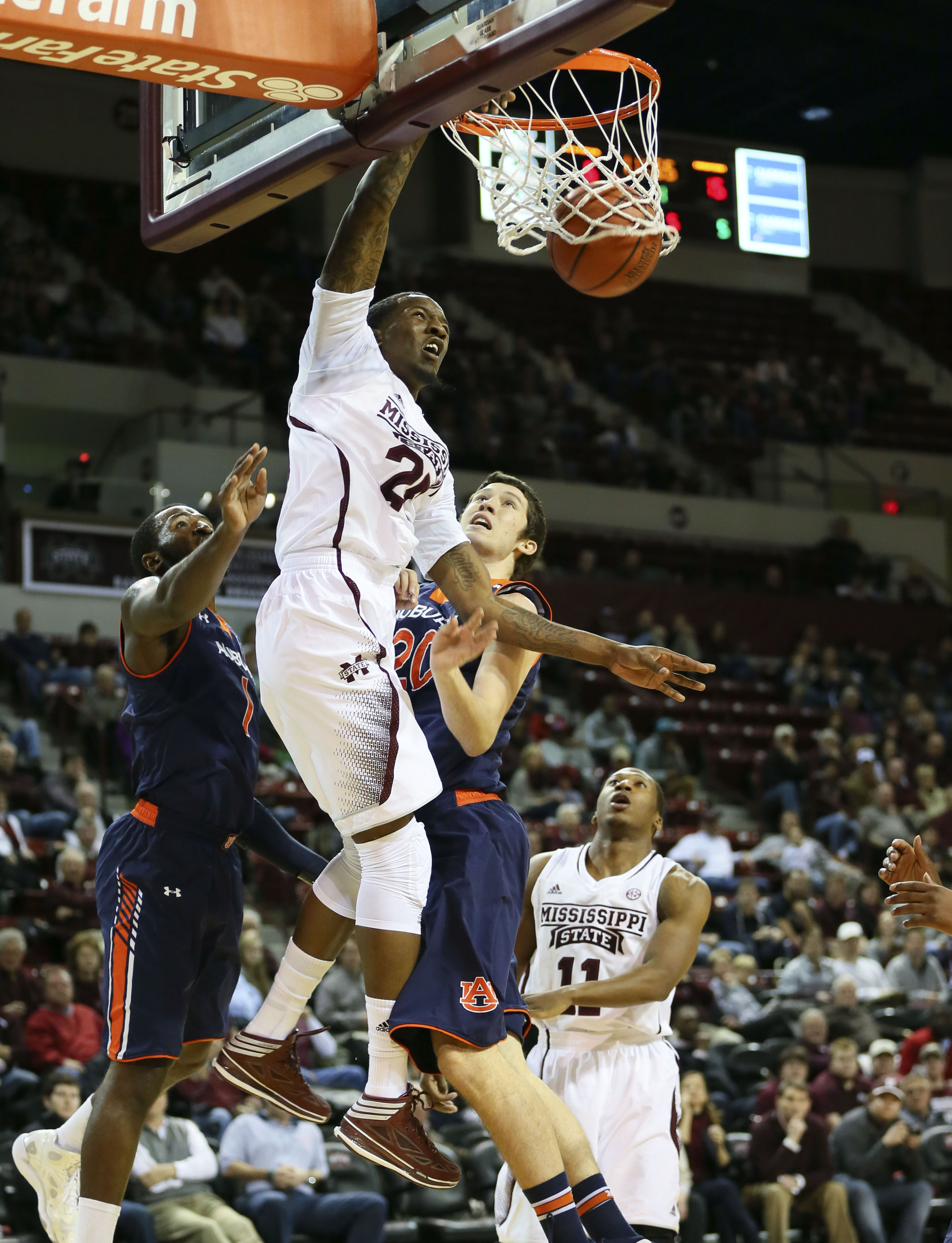 As important as Sword taking a big step forward is to the Bulldogs, Johnson is every bit as important. The outside threat of Sword has to be complemented by an inside presence, and the most likely character to step forward is Johnson. Johnson has the body and the ability to be a tough on the block player. MSU needs him to be that guy on as many nights as possible.

Rick Ray welcomes a pretty solid recruiting class that covers just about every spot on the floor. Probably the most exciting player is Oliver Black who has a solid body at 6’9 and will be expected to contribute to a pretty shallow front court. JUCO transfer Zuppardo was also expected to be a big contributor until tearing his ACL in the preseason. The rest of the class should provide good depth at the minimum, and will only prove a boost to State should they win positions ahead of the existing depth chart. Considering that this is the first full roster that Ray has had to deal with, he has to feel pretty good about being able to practice in a more normal fashion. Last to mention is Fallou Ndoye, who was a partial qualifier had to sit out last season, but the 6’11 Center from Findlay Prep has the tools to be an impact player. Maybe not offensively at the start, but on the defensive end for sure.

Just a few years removed from a 20 win season and the sudden and somewhat unexpected retirement of Rick Stansbury, the Bulldogs have hit rock bottom for two straight years under Rick Ray. In Ray's defense, the Bulldogs lost a lot from the 2012 team that won 21 games and went to the NIT. Arnett Moultrie, Dee Bost, Renardo Sidney all declared for the draft and Rodney Hood transferred to Duke. That left the roster fairly barren and Ray has had an extensive rebuilding project since he took over. And as can happen with a new coach there has been a fair amount of roster turnover in the wake.

In losses the Bulldogs failed to eclipse the 70 pt mark in every game but two. Their average of 67 points per game was "good" for 267th in D-1

If you want to look at the positives, there are some good building blocks at MSU. The negatives are those building blocks have been inconsistent and have had troubles scoring the ball, and in basketball that's pretty important. In losses the Bulldogs failed to eclipse the 70 pt mark in every game but two. Their average of 67 points per game was "good" for 267th in Division 1. That's decidedly not good for a power 5 team. I know a lot of people like to say that you can't lose if the other team doesn't score, but that doesn't work in basketball because even the best defensive teams give up some manner of points, even to the worst of offensive teams. You have to score the ball to win. Defense is certainly important, but you HAVE to SCORE to WIN.

Ray starts off this season with a full roster for the first time since he took over. So what will be important for the Bulldogs is to establish an identity with that roster. Practices should be more competitive which should help elevate the level of play throughout the season. The overall roster has some talent but isn't as talented as it needs to be in order to make a big impact in the SEC. If you walk onto the floor with less talent, you'd better be prepared to outwork the other team, and the Bulldogs simply failed to do that most nights.  It's possible having a full roster will be enough to create the identity for the players. But will a few too many early losses in league play set them on the negative path? And if that happens will Ray have enough experience to hold them together to fight and claw out about 6 or 7 wins? I have doubts that they can do it, which might explain my prediction. I'm not alone in having a dire outlook for the coming season.

Sadly if they aren't able to show enough progress it's possible that Ray gets shown the door after the season. I think he's a good enough coach, seems to be a pretty solid recruiter, but the long road back might prove to be too much for the Athletic Department. With a pretty rich tradition at MSU, they feel like they should be able to turn it around faster and I don't know that Ray will get that chance. It's also possible that the signs of progress will show up enough to keep Ray around to finish the job. I'm not sure exactly what that is, but they'll need to be more competitive, even in losses. Even then, I still think this program is at least a year away from really turning the corner. Hey, at least Dan Mullens has already got that thing turned around on the football field though, eh?

Mississippi State has found itself in a tough position over the past two seasons. The entire roster pretty much went though an overhaul. The Bulldogs suffered some ugly losses along the way, but in the process, they have gained valuable experience. I think that has shown especially in the play of Craig Sword, who is unfortunately injured to open the season. In fact, injuries have crippled this team over the past few seasons, and it appears that will be part of the story this year.

For Mississippi State, this is a year that they need to show development to keep hope alive in the fan base. I think they have a chance this year. The Bulldogs have some goals to look at such as picking up some road wins in the SEC and trying to make a post season tournament. If they can do those two things, spirits will be high in Starkville.

You guys know you have a team right? It’s that round orange bouncy thing that gets played between football season and baseball season. Luckily for the Bulldogs most Mississippi State fans will be forgiven their not noticing they have a basketball team until well into January because of the success of the football team, so really, you only have to watch for about two weeks before you can stop paying attention. Everything’s coming up State! Oh, and you have the best nickname for an arena, The Hump! What a great name, Mississippi State fans, do the humpty hump, for at least a month ok?


Each SBNation site was asked for one representative to submit a Game-by-Game pick of the upcoming SEC season to get a different look than if we just asked them to submit a ranking by team, or a prediction for their record. It yielded some interesting results. If you would like to partake in the pick 'em game with the so-called experts, here is the link to the Google Form we used:

I'll keep the form open to be filled out until the season starts. If you would like a nifty rankings image like you see above from Justin's picks, send me an email or tweet and I'll make it happen. You can also follow me on Twitter: