Share All sharing options for: Previewing the Elon Phoenix

After being taken to the woodshed in Norman, the Tigers return home to lick their wounds against a team that not many in Missouri have heard of. Or maybe you have...

Elon was founded by the Christian Coalition Connection (edit: Mac6 with the correction, thanks Mac) and for years held their mascot as the "Fighting Christians", which in of itself is hilarious and awesome, but was a counter mascot to local "rival" universities Duke and Wake Forest (the Blue Devils and Demon Deacons respectively). I don't know that the Phoenix still consider the Dukies or Wake rivals, I doubt if the Blue Devils and Deacons do.

Why does Elon sound familiar? 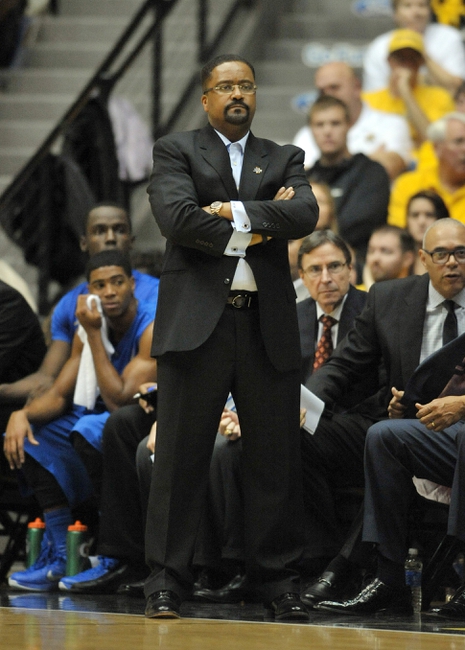 FRANK HAITH! graduated from Elon in 1988, and Missouri assistant coach Tim Fuller started his (paid) coaching career with a job at Elon.

Elon fields 17 varsity teams in 11 sports, including Men's basketball, which is why they're playing your Missouri Tigers tonight. The Phoenix are participating in the Colonial Athletic Association for the first year after a 10 year run in the Southern Conference (see conference realignment hits all levels of collegiate sports). The CAA sent Delaware to the NCAA tournament last year, and the Blue Hens bowed out in the round of 64 to Michigan State.

The Phoenix are 5-3 heading into their game against Mizzou, with losses to North Florida, Charlotte and Northwestern in Overtime. They've beaten Florida Atlantic, Miami (OH) and Morgan State. They also have a couple wins over teams that I'm unable to verify if they actually exist. The Phoenix are led by Tanner Samson, a 6-4 Junior Guard, who is currently shooting over 45% from 3-point range. Luke Eddy, a 6-1 Sophomore guard, also shoots well from the outside and should be a threat as well. Elon has 10 players who average at least 17 minutes a game, so they'll spread around the scoring. Samson leads the team in minutes but coming in second is Ryan Winters, a 6-7 Senior Forward. Both players played in High School together at Regis Jesuit in Littleton, CO.

Missouri should win this game, but Elon is just the type of team that could give Missouri fits. A well coached, disciplined, mature, and schooled offensive team. Let's hope that good Missouri comes to play, and can find a way to build some confidence. A few keys to look for...

Missouri will have the athletic advantage (yes, really); despite this, one area that they've struggled with is turning the ball over. Another area they've struggled with is two point field goal percentage. Part of the reason for their struggles with 2-point FG's is that Mizzou has had low assist totals. Valuing the basketball is something of a struggle for a young team, and as they mature you'll see these numbers improve. For now you just want to see improvement. Missouri needs to win this battle. They need to have low turnover rates, and high assist totals. They don't necessarily need to have MORE assists than Elon, but the A2T ratio needs to be higher. Elon shouldn't provide a hindrance to Mizzou offensively, so taking care of the ball should be easier than it's been. If they take care of the ball and get good shots, they'll be closer to 2:1, which is where they need to be.

If Elon is hitting 3's, and hitting them in high numbers, Missouri is going to be in for a fight. They'll need to match the good shooting with their own. You can see so far this season Missouri's percentage is reaching higher numbers as the season progresses. Missouri's shooters, particularly Montaque Gill-Caesar, Namon Wright and Wes Clark, will need to sink their opportunities. They don't necessarily need to win this battle, but it will be helpful to keep an eye on.

Elon is better at this right now, but they've also played more Division 2 schools than Missouri. Where Missouri will need to make this better and take big advantage of their athleticism is by generating more points per possession by getting offensive rebounds and going to the free throw line. Maybe keeping Keanau Post and Ryan Rosburg off the line, and getting MGC and Johnathan Williams III on it will help some.

I hope you all enjoyed my first foray into Previewing Mizzou's next opponent with charts and graphs and stuff.