Michael Sam: The Man of Steel

Michael Sam was a regular, everyday football player. Just a guy trying to make it to the NFL, same as everyone else. Last Sunday, he came out to the public and became so much more.

Share All sharing options for: Michael Sam: The Man of Steel

Four days ago, Michael Sam was preparing for the NFL Draft just like any other potential pick. He did the same speed drills, lifted the same weights, and took the same practice tests. Going into the 2013 season he was a relatively unknown commodity, but he went out and earned himself some name recognition. Quite a bit of it actually. When you have SEC Defensive Player of the Year, unanimous All-American, SEC sack leader, and team MVP on your resume, there's a solid chance that some people know who you are. Things were looking good for Sam. All he had to do was live up to expectations at the Combine and he would be well on his way to becoming a mid-round selection. Sounds relatively easy, right? You'd be silly to deviate from such a well-traveled path, right? Why then can you not find the Missouri DE anywhere on that road?

It's because Michael Sam changed course a long time ago.

Blazing your own trail is never easy. There were a myriad of obstacles that Sam had to overcome before he could come out publicly, and there will be countless more still to come as he prepares for life in the NFL. At some point, Sam must have wondered how the world would react. People are afraid of what they don't understand, and he would've known that several anonymous Injustice League sources would reject him out of fear. Luckily, no one could've been more prepared. Sam had been overcoming challenges his entire life. He's well-equipped to handle adversity when it comes knocking. That's why he decided to share the secret that his teammates, coaches, and many of his fellow students already knew with the rest of the population. Sam didn't know if he could trust the public to handle who he was, but his story was going to be told and he wanted to tell it on his own terms. Sometimes, you have to take the leap of faith first. The trust will come later. 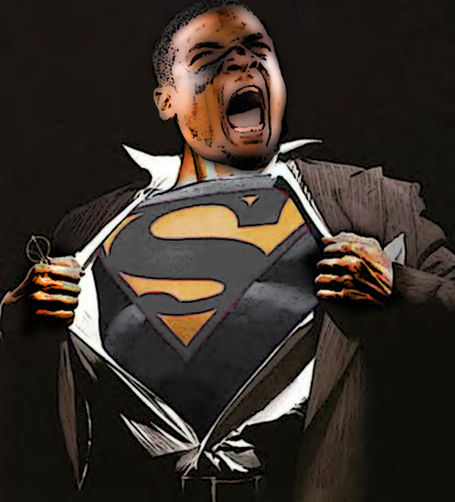 Much like Clark Kent stepping out of the phone booth as Superman, Michael Sam stepped out of the closet transformed. Eschewing their camouflage, Kent and Sam reveal to the world their true identities. They become something bigger. Something that people can look up to and admire. They have both exhibited great bravery in situations beyond anything a normal human should have to endure, but the Man of Steel's greatest challenge pales in comparison to the one on the Man of Stripe's horizon.

The NFL Draft, with its unparalleled scrutiny and archaic evaluation tendencies, poses a tougher test than anything the DC Universe could ever concoct. It places an immense amount of pressure on the poor souls that funnel through its gears every year. It's an event so farcical that quotes like this doozy from Thayer Evans seem almost normal.

The assistant predicts that opposing coaches will pose a number of questions. "Why did [Missouri] cover this up?" the assistant said. "What else are they hiding? What were they trying to do? Keep a secret society?"

WE ARE THE MIZZOUMINATI. EXPECT US.

Yes, the University of Missouri has several "secret" societies. They're so shrouded in mystery that no one has any idea how many there are (six) or where their members come from. The NFL Draft is where Pro Bowlers like Randy Moss, Vontaze Burfict, and Percy Harvin get passed on because of things that happened off the field. Per the norm, Spencer Hall does a better job of describing this meat-grinder than I ever could.

The NFL Draft is so overdetermined, so overanalyzed and the topic of such scrutiny that any unique feature of a player's personality becomes a speed bump for NFL personnel to worry over repeatedly. It also helps that they can drive down a player's price by turning a detail into a sticking point in negotiations. (See the case of "Myron Rolle is too smart for the NFL" versus "Oh my god what are you even talking about.") Analysts, if they want to reflect just how dumb some of the decision-making can be in the NFL, sort of have to follow suit.

Sam already faced an uphill battle, and after his announcement that hill looks more like a mountain. But even though the talking heads will find a way to debate it, Michael Sam will be drafted. What round he's chosen in may be up in the air, but do not believe for a second that a football player of his caliber will fall out of the Draft entirely. As much as it may seem like it, Sam's Draft status isn't his biggest issue here. Finding ways to contribute to the team that drafts him is more important.

Do not be naive enough to think that everything Sam has done will be for naught if he doesn't make a splash in the NFL, though. This is, and forever will be, one of the most important milestones the sporting world has ever seen. Thanks to Michael Sam, a group of people that had previously been excluded or felt the need for a secret identity have now been provided a symbol to inspire them. As we watch negativity bounce off him like bullets hitting Superman, it will be hard not to imagine a big S on his chest. An S that doesn't stand for Sam, or ever Super. An S that stands for hope.

Embodied within that hope is the fundamental belief that this will bring about change. That's what Sam can give us. He's provided us with an ideal to strive towards. The going will be tough, hate always finds a way to make things more difficult than they should be. But in time, acceptance will find a way.

And we will have Michael Sam to thank for it.