We've raised $15,000+ for the MU Children's Hospital and become Best Bros with Mizzou's softball coach, all because of a stupid Internet comment. And now we want to do more.

It’s that most glorious time of year again, and it has to start off the same way…

Welcome to our little corner of the Internet, where the dumbest things can turn into the most heartwarming, and vice versa.

The year was 2010. Can you remember back that far? That was two Mizzou basketball coaches ago. That was when the last World Cup was. That was no fewer than 5,000 Clay Travis "I swear I’m not being a contrarian, but everything you think is wrong because I said so, here’s some sideboob" stories ago.

It was May 2010, to be exact, and this Little Website That Could was pumping out replacement-level content every Wednesday in the form of the Rock M Nation Roundtable. Our fearless leader Bill C. – this was so long ago that he wasn’t a world-famous author and nerd prom king yet – would send out an e-mail with a bunch of semi-relevant discussion questions, and a bunch of us would furiously bang out responses on our keyboards.

Let’s be clear about something: we didn’t really actually discuss anything. Beef would make a snide remark, Doug would make a crack at EMAW, Michael Atchison would promote his book, ZouDave would carefully lay the latest SICK Linkin Park track over clips of Blaine Gabbert overthrowing receivers, and RPT would sit back, silently judging. In other words, it was a perfect microcosm of the Internet.

So in the May 26, 2010 Rock M Nation Roundtable, Bill asked us a seemingly innocuous question: "Name the person from your school (current or former player/coach/whatever) that you wish was on Twitter more than anybody else, just for the potential day-to-day entertainment prospects?"

Lots of choices, you’re saying to yourself. Lots of good, solid choices, even humorous choices that would draw a giggle from the zero people who actually read the Roundtables. So, considering there were lots of good choices, I did the most logical thing and picked someone I’d barely heard of.

I was only tangentially familiar with Coach Earleywine, but knew that he A) was a person associated with Mizzou; B) gave mildly entertaining quotes to journalists; and C) would be an impressive answer to my fellow Roundtablers, like "Wow, he really went off the board with this pick, I’m impressed, I’m going to send him money to thank him for being so impressive." If you couldn’t tell, my imagination’s stupid. 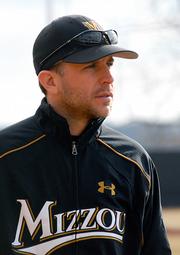 So that’s what’s going through my mind when I wrote this, a line that has gone down in infamy around these parts:

"Hey. I’m Ehren Earleywine. Yeah, my name's spelled a little funky, but what I lack in normal namehood I make up in tremendous stubble."

(That’s literally how all of this started: an Internet comment. Are you starting to grasp the enormity of the silliness? The best part is: we’re about to convince you to give money in the name of this silliness! The Internet is a mysterious, stupid place.)

We soon began work to become Best Bros with coach Earleywine, and it was a bit of a whirlwind, because whether he knew it at the time or not, we were destined to be Best Bros with coach Earleywine. What’s the saying? God doesn’t shut a door without opening a window? Well, in this case, God blasted a couple walls down with a shoulder-mounted grenade launcher and said, "Hey. There’s a softball coach in middle America that’s ready to freakin’ party with your dorks."

We turned "tremendous stubble" into #TremendousStubble. We dared coach Earleywine to acknowledge us publicly in exchange for us growing truly terrible beards. And, three days after the comment, Coach E acknowledged his destiny and signed his name on the dotted line, thereby swearing to be Best Bros with us. By which I mean he mentioned it on the radio once.

So thus began our bromance, and we decided to take it to the next level the next year, parlaying the success off the #TremendousStubble movement into something actually worthwhile: the inaugural RMN Tremendous Stubble Charity Drive.

Oh, and also, we raised a bunch of money for the MU Children’s Hospital, a cause near-and-dear to the MU softball team. How much money, you ask?

You read that right: in three years, the Rock M Nation community has raised $15,750.85 for the MU Children’s Hospital. ARE YOU GRASPING HOW AMAZING THAT IS?

And what has that money gone toward? Oh man, I’m so glad you asked: 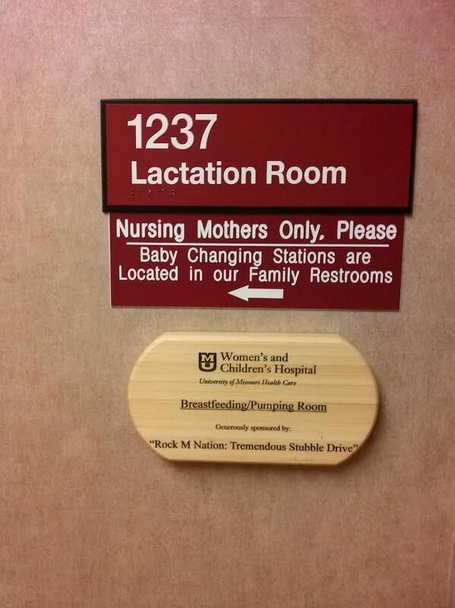 So that’s the Tremendous Stubble Story. And now, Rock M Nation is proud to launch…

Here’s how it works: you pledge a certain amount for every game that the Mizzou softball team wins in the Women’s College World Series. The Tigers are once again hosting a regional (of course they are, they’re coached by Ehren Earleywine, and have you seen that dude’s facial hair?), and they’ll begin play on Friday at 12:30pm when they take on Bradley.

(Oh, and in case you didn’t hear: Kansas and Nebraska are also in the regional, because there’s someone on the NCAA selection committee that enjoys lighting fires.)

To win the national championship, the Tigers would have to win no fewer than 10 games and no more than 12 games. Consider that when making your pledge.

Oh, and then there’s the prop bets. When we started the Tremendous Stubble Charity Drive, we soon discovered that this blog is almost entirely populated by degenerate gamblers, because they soon started placing prop bets. $1 for every strikeout, $5 for every home run, $100 for a national championship, $25 if Coach E acknowledged us on television, $15,000 if Coach E hires Ron Prince to coach third (that is an actual prop bet from last year). And that’s awesome. We wholeheartedly endorse and support charitable gambling, so fire away with your prop bets as well.

As always, we ask that you announce your pledge in the comments of this story. It’ll give us a chance to keep track of how much we’ve raised so far, and it’s pretty cool to show folks that we mean business when it comes to being Best Bros with Coach Earleywine (oh, and also helping sick kids).

Never commented before? Create an account (it’s free) and post for the first time. That’s a pretty good way to win favor with the community around here.

And as always, a disclaimer: it doesn’t matter how much you pledge, but rather that you pledge at all. Not to get all Gift of the Magi on you, but we’re not all turbo-rich like Internet Superstar Bill C. If you give what you can, you’ve done more than enough.

With that, I’m proud to kick off the Fourth Annual Rock M Nation Tremendous Stubble Charity Drive with the first pledge:

I, ghtd36, pledge $5 for every Mizzou victory in the Womens College World Series and an additional $1 for every strikeout by a Mizzou pitcher.

Don’t worry about this for now. We’ll settle up after Mizzou wins the national championship. We’ll be donating directly to MU Children’s Hospital – and they send you a charity receipt and everything, because tax deductions are SO DOPE – at a later date.

Before we announce our goal this year, some full disclosure on the donations to date. As I mentioned, we donated a little more than $15,000 over the last three years, and we want to be good stewards of your money, so here’s the agreement we came to with the fine folks at the MU Children’s Hospital (who really are super-awesome to work with):

What I’m saying is, we’re starting at zero this year. So we’re setting our sights awfully high.

"Oh," the nurse will say, letting out a defeated sigh, "let me tell you a really stupid story…"

And then she’ll read him this blog post, and Horace will think that is totally awesome, and then that happiness will help him feel better.

What I’m saying is, our goal is $10,000, which will go far in our efforts to eventually get the entire hospital named after us.

We need this thing to go as viral as possible to help spread the word, so get on your Facbeook page and tell your mom about it. I know your mom is on Facebook, and I know your mom loves to share things on Facebook. So share this with her, and she’ll share it with her bridge club, and then maybe they’ll donate.

And root for Mizzou, and use this as an opportunity to convince people who otherwise wouldn’t root for Mizzou to root for Mizzou. Think about this: Kansas losing is literally a victory for sick kids. If that’s not a selling point.

Yes, we’re entirely aware of how crazy all of this is. But we’ve been able to become Best Bros with Mizzou softball coach Ehren Earleywine, and we’ve parlayed that into a way to support the Mizzou softball team and raise money for sick kids. That’s pretty darn cool if you ask us.

And now, as always, a photo from the MU Children’s Hospital website to guilt you into donating: 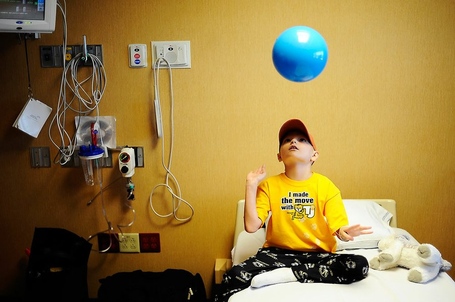 (And, as always, we’re really sorry about all this, coach Earleywine.)