Mizzou Baseball honored the 60th anniversary of a national championship, but had no victories of their own to celebrate this weekend

The 1954 Mizzou Baseball team, led by John "Hi" Simmons, won a national championship, one of only two team championships MU has ever won.

60 years later, MU Baseball hosted a reunion of several former ballplayers from 1954 and other years in the Simmons era.

Prior to the game, seven of the 1954 players were honored on the field:  Lloyd Elmore, Emil Kammer, Leroy Wynn, Bert Beckman, Ed Cook, Jim Dore, and Jack Gaebler.  Among those not present was Norm Stewart, who was out of town. 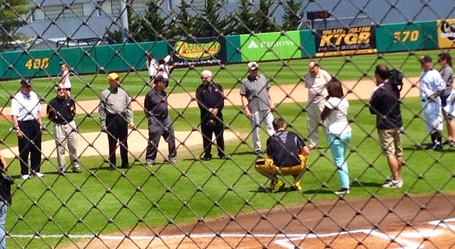 The 2014 team honored the the achievement of the '54 squad by wearing throwback uniforms uncannily resembling the unis worn in 1954 (except for the now ubiquitous Nike swoop). 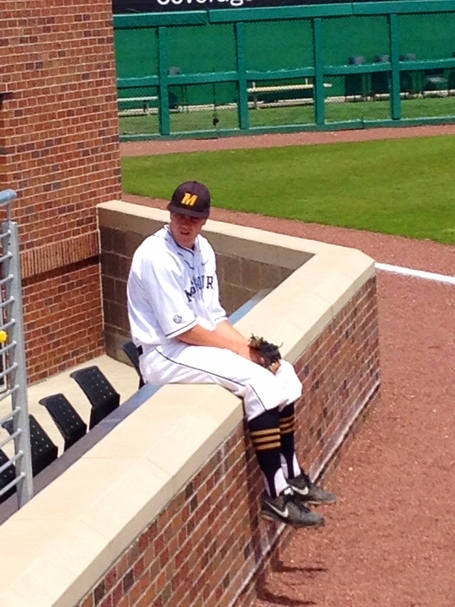 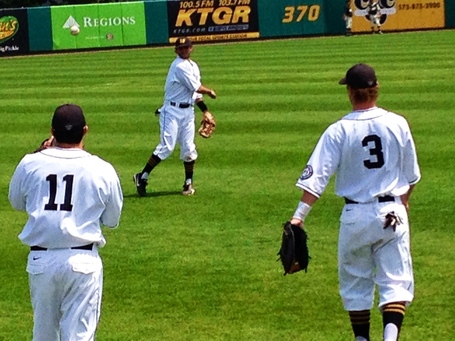 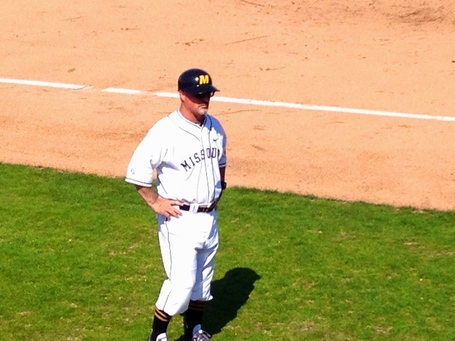 Unfortunately, the current version of Missouri Baseball failed again to measure up to the 1954 version, losing three in a row to Vanderbilt.  The losses bring MU's SEC losing streak to 9 in a row.  This coming weekend they face Top 20 ranked South Carolina (35-13, 13-11) at the other Columbia, followed by the final Thursday-through-Saturday series at Taylor Stadium against Arkansas (30-20, 11-13).

If I have my math right, MU's magic number to sneak into the SEC Tournament is something around 3-ish.  The Tigers need to climb above Georgia and Auburn to qualify for the 12-team tournament.  Both AU and UGA are 3 wins up on the tigers.  Mizzou would have the tie-breaker advantage against Auburn, but not against Georgia.

Also in attendance at Taylor Stadium were some MU notables.  In the first photo below is new MU Basketball Coach Kim Anderson.  In the row in front of him are former MU Baseball Coach Gene McArtor and current UM President Tim Wolfe.

In the bottom photo, MU Athletic Director Mike Alden took in the entire game on Saturday.  I couldn't get close enough to him to do a Vulcan mind meld, so I only have to wonder what he is thinking about the current state of Mizzou Baseball. 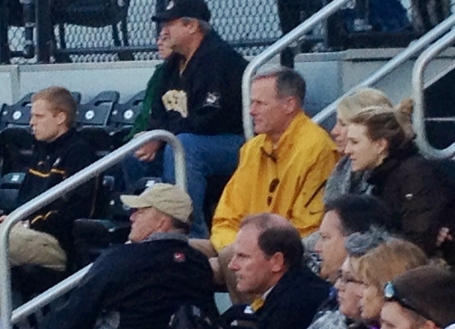 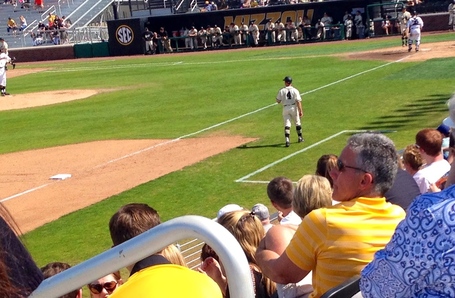 All photos in this post were taken by Trripleplay