Coaching in the SEC is always a strategic battle, but what if it was an ACTUAL battle?

If SEC Media Days was good for anything, it was the reinforcement of my belief that many of the conference's coaches would just LOVE to duke it out with each other. Since this is an unquestionably true fact, it's high time we decided how each signal-caller would fight. In order to get yourself in the brawling mood, go ahead and hit play on this video and let it serenade you while you read.

Oh yeah, that's the good stuff right there. Now on to the pretty pictures! 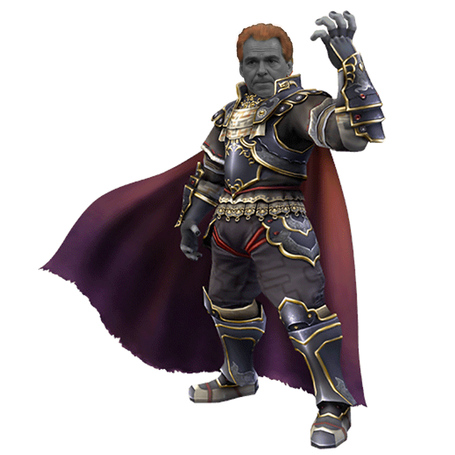 In the Legend of Zelda universe – and all of the gaming universe really – Ganondorf is the ultimate villain, so it would make sense that Nick Saban would mold his fighting style after the Great King of Evil. The thing is, the similarities don't stop there. Both Ganondorf and Saban employ a methodically slow fighting style highlighted by its immense power. They also seem to always run into a young, flashy hero that foils all of their maniacal plans for world domination. Ganondorf couldn't seem to get past that pesky Link, and Saban never did seem to figure out Johnny Manziel. Regardless of their faults, both Ganondorf and Saban have recruited too many five-star attacks to be taken as anything less than a powerhouse in the foreseeable future. 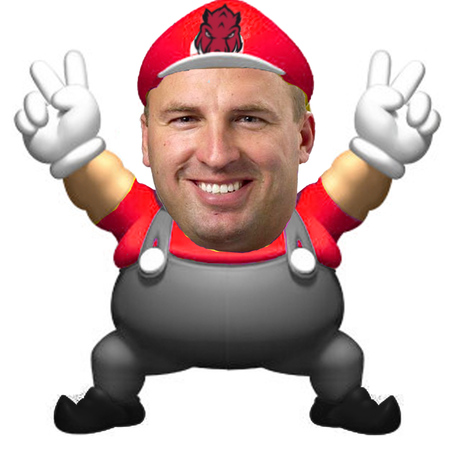 Wario is a loud, plodding fighter that's known for trying to eat his opponents and attacking with devastatingly monstrous farts. Bret Bielema read that last sentence and was like, "Yeah, same." If the NCAA allowed it, you can bet your ass BERT would run the knock-everybody-out-with-your-butt play as often as he could. For Arkansas' sake, lets hope that Wario's motorcycle-riding tendencies don't translate to Bielema. That didn't work out so well for them last time. 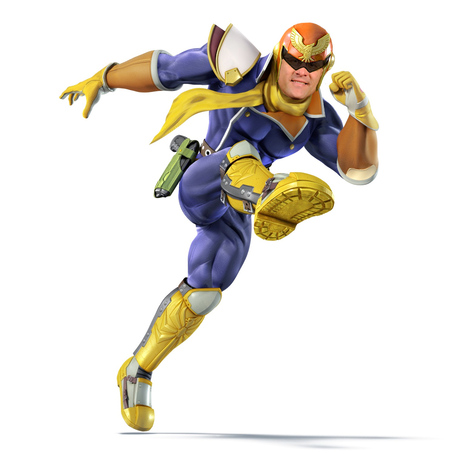 SHOW HIM YOUR MOVES! Being one of the fastest fighters around and a former racer, Captain Falcon is all about speed. Don't sleep on his capacity for power though, or you'll find yourself on the receiving end of a Falcon Punch that will send you into orbit. Gus Malzahn's offense runs on the same philosophy. His system is predicated on speed, but that doesn't mean you won't have to worry about being physical at the point of attack. The referees in the SEC Championship Game found that out the hard way. 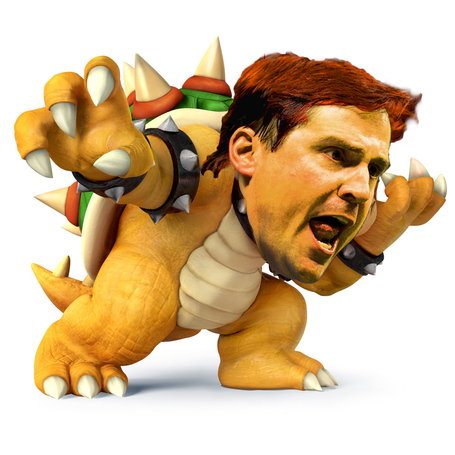 Angry? Check. Bumblingly successful early on before things unravelled? Check. Ability to breathe fire? Check. Affinity for kidnapping princesses? Probably. The harder you look, the more Will Muschamp and Bowser are pretty much the same person. Both of these large reptiles have great defensives that will punch you right in the groin and giggle about it later. If they can keep their offenses healthy, a streak of big wins is certainly possible. Finding a koopa that can throw a spiral is so much more difficult than it should be, especially in such a fertile recruiting area. 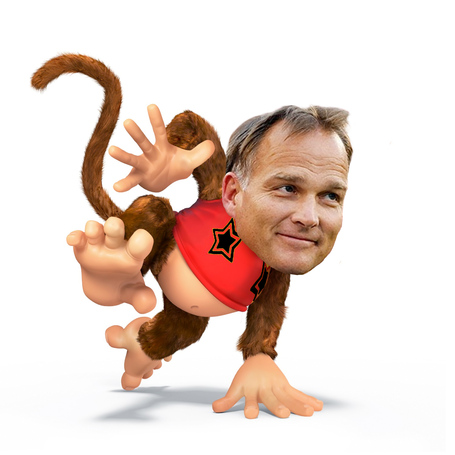 Georgia's Mark Richt always seems to be able to reload when his teams lose their key weapons. In the same vein, Diddy Kong keeps his peanut pistols stocked with ammunition and his jetpack stays fueled up. Funny thing about that jetpack though, sometimes it blows up on poor Diddy and he loses all control of his trajectory... Just like Richt always loses control of... You know, everything. [fart noise] 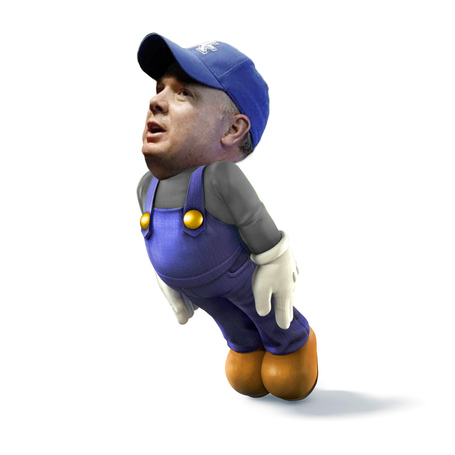 Mark Stoops could end up being the greatest coach in Kentucky's illustrious football history, and he would still be the second-best Stoops. He suffers from Luigi Syndrome: the inability to emerge from a more celebrated brother's shadow. For all we know, Mark might be seven times the coach that his brother Bob Stoops is (he's probably not) and we would never find out. Mark probably has it worse than his video game counterpart. At least Luigi isn't coaching football at Kentucky. 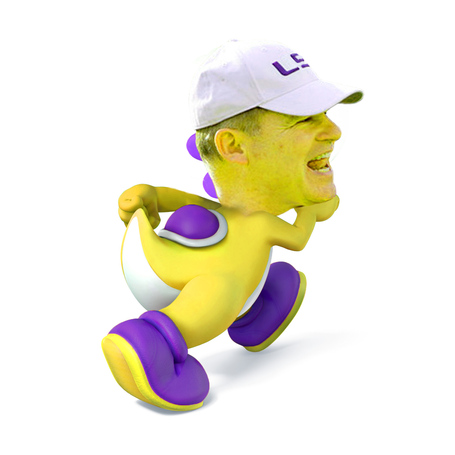 Yoshi is an eccentric fighter prone to throwing his entire body around the ring with nary a care for his own safety. He's a wildcard, unpredictable to the point of absurdity, and he'll eat ANYTHING. Enter Les Miles, the lovable, grass-eating head coach at LSU. These two are a match made in heaven. Sometimes, one of them will lay an egg. It happens to all of us. However, these guys are the only people who would look at that egg and think, "I can throw this at my opponents!" Underestimate either one of these two at your own peril. They may look like they don't know what they're doing sometimes, but they can both wallop you something fierce. 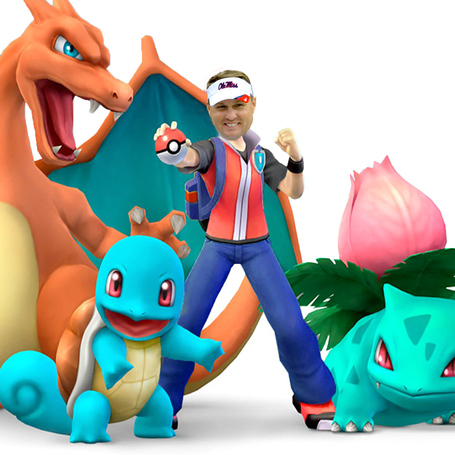 The goal of the Pokemon Trainer is simple: collect all of the most powerful monsters scattered across the land. Hugh Freeze has been attempting to do the same at Ole Miss. Throughout his tenure, Freeze has exerted a great deal of effort to obtain as many blue-chip recruits as he could. In 2013, he signed the fifth-best recruiting class in the nation. In 2014 his class ranked 17th, which is still quite admirable. The success hasn't necessarily translated to the battlefield yet, but Freeze hopes that will all change this year. In the meantime, he'll keep striving to fulfill his personal mantra: gotta catch 'em all! 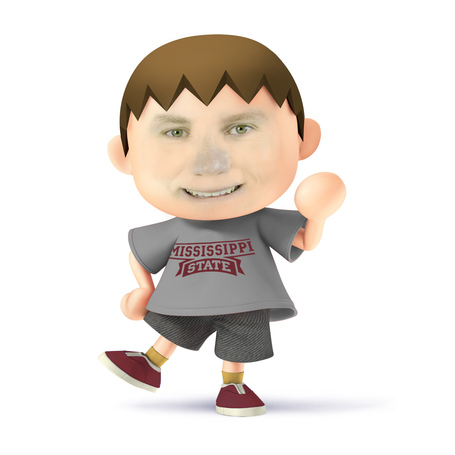 Dan Mullen is just trying to make his way at Mississippi State. He's living within his means – six or seven wins a season – and trying not to accumulate too much debt. Mullen's even done a lot to improve his community by bringing in some nice recruits, winning some bowl games, beating the cross-state rival. It's a simple life that he lives, but it's a happy one. Every once in a while however, he'll stumble upon a REAL nice wallpaper or that one piece of furniture he'd been looking for FOREVER. This season may be a #blessed one along those lines with Dak Prescott returning to man Mullen's offense. If he can pay off his mortgage, LOOK OUT SEC WEST. (I'm so sorry about that image, MSU fans.) 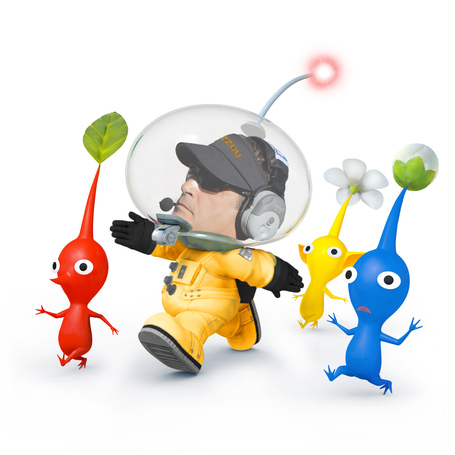 Gary Pinkel makes a living by pulling passed over, underrated players out of the ground and nurturing them until they flower into a skilled contributor to the team. This method also happens to be the main strategy employed by Captain Olimar in the Pikmin series. The coach and the captain use their teams strategically to outwit and defeat larger, stronger opponents. I'm not sure what verbiage Olimar uses for his team's #brand, but I'm sure it's something along the lines of #MizzouMade. 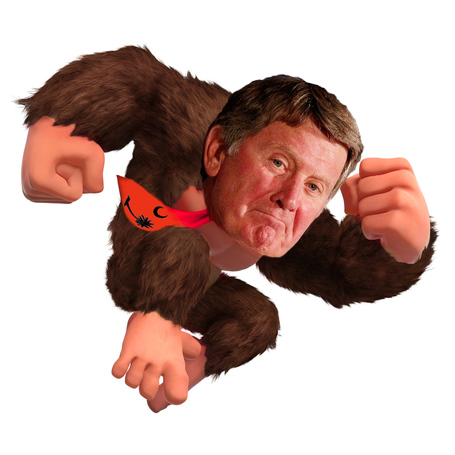 Has there ever been a coach more prone to – or more successful at – beating his chest than Steve Spurrier? He's the man that famously let us know that it's impossible to spell Citrus Bowl without "UT." When it comes to talking smack, he is tha GAWD. In the world of video games, the chest-beating king is inarguably Donkey Kong. The primate takes great pride in his drumming rhythm, as does the Head Ball Coach. Both men can back up their smack-talk too, so don't go thinking they're all bark. They each have a sculpted body rippling with muscles and are always ready for a fight. 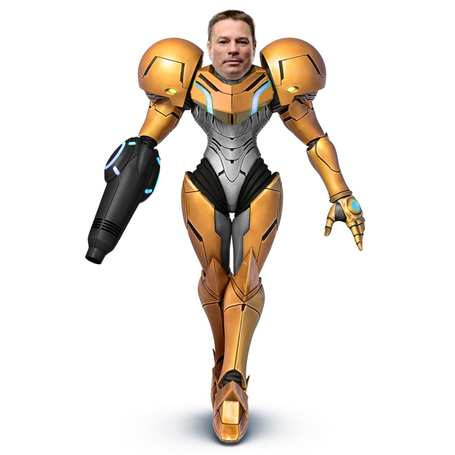 Tennessee's Butch Jones is the SEC's equivalent of Samus Aran. Jones coaches for one of the most storied universities in the nation. One that boasts one of the biggest football stadiums, some of the most impressive facilities, and an intensely dedicated fanbase. Like Samus and her power suit, he has all the necessary tools to take on even the toughest of enemies. Unfortunately, neither Jones nor Samus have really done anything of substance in recent memory. Sure Metroid Prime was pretty solid, but that came out in 2002 and we live in a what-have-you-done-for-me-lately world. If Butch doesn't start taking advantage of his advanced technology soon, he may be in trouble. 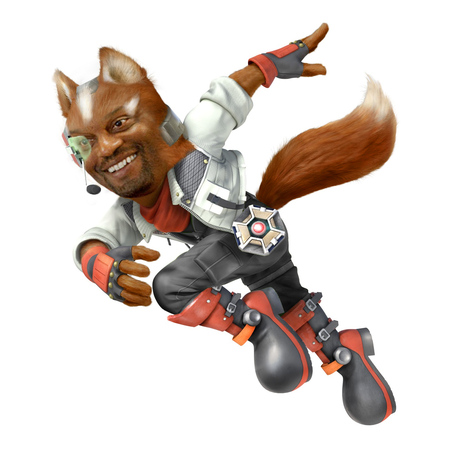 Kevin Sumlin's offense is all about speed. He's always on the attack, sometimes so much so that he neglects his defense. The only video game character fast enough to keep up with the speedy Sumlin is Star Fox's Fox McCloud. The other thing that these two have going for them is how freakin' cool they are. Sumlin has made Texas A&M one of the most attractive places in the nation for a young, football-playing adults, and Fox has a whole bunch of neat shields and laser guns and stuff. Super cool, futuristic gadgets? YESSIR. 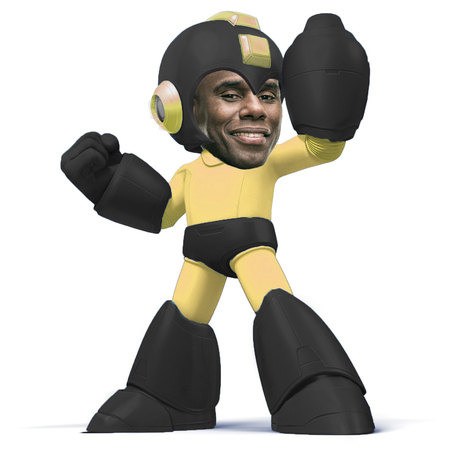 Derek Mason is the new kid on the block in the SEC, just as Mega Man is making his first foray into the Smash Bros field. Mason is taking over the reigns at Vanderbilt, a university known for its academic success. Since they market themselves as a private research university, it's entirely possible that they have the capacity to build a super-sciencey robot to coach their football team. Mega Mason is likely without many attacks right now – he didn't exactly walk into a full cupboard – but if he can pull off a few upsets over a few high-ranked enemies, he'll be able to accumulate some effective attacks of his own.

Next Up In College Football